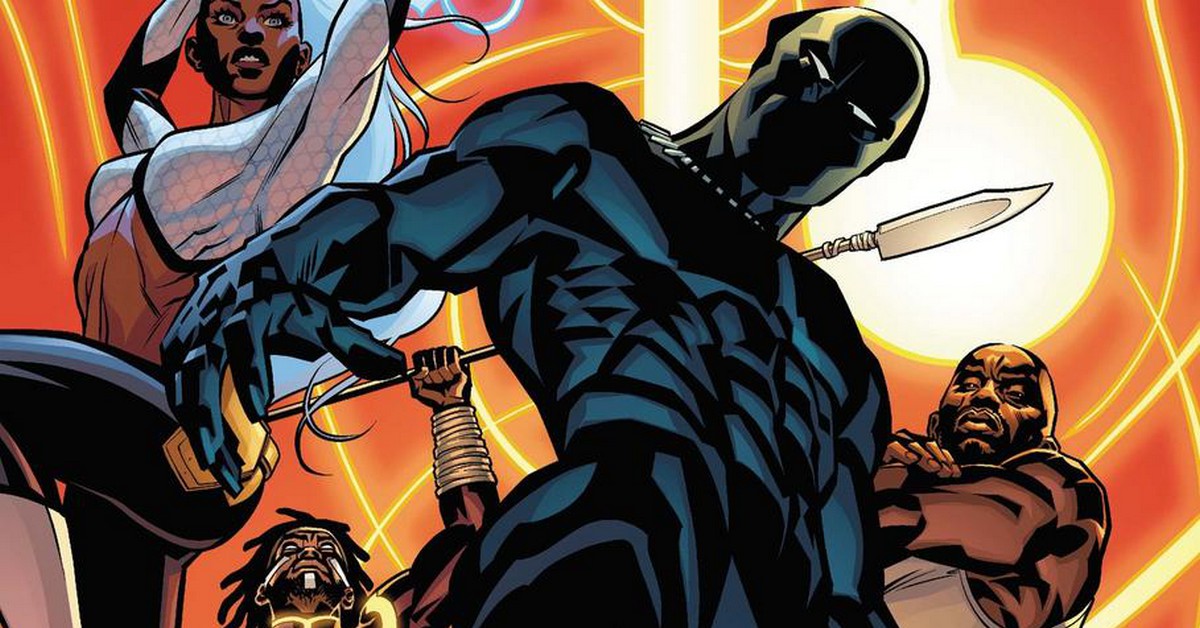 With Black Panther: Wakanda Forever just days away from release and the announced introduction of the Fantastic Four in one of the future MCU Phases, it’s time to address the relationship that never was between Sue Storm and Black Panther.

Why discuss this? Well, Fantastic Four’s Invisible Woman has been romantically sought by a number of powerful heroes, but her romantic interlude with the Black Panther could have completely changed some of the major trajectories within many major Marvel comics storylines.

While it’s highly unlikely for this storyline to ever impact the MCU in any major way, it still might find its way into the cinematic universe, if not hugely then as an interesting Easter Egg for when the current Black Panther ever meets the Fantastic Four in the future. We already know that Black Panther made his debut in the Fantastic Four #52 comic book from 1966 when the team of superheroes visited Wakanda and confronted the Panther King within his techno-organic jungle.

Fast forward a couple of years, and their initial introduction was somewhat retconned in Marvel Knights 4 #21. While everything that happened in the 1966 issue of Fantastic Four still stands as official canon, Marvel Knights offers an expansion of that story from the perspective of Susan Storm, aka Invisible Girl, and of her and T’Challa’s first meeting early in their history. Marvel Knights 4 #21 opens up on another anniversary between Reed Richards and Susan, at which Mister Fantastic isn’t present — due to the usual superhero reasons, like saving the universe.

As a result, Sue decides to have a girls’ night out with She-Hulk, She-Thing, Alicia Masters, and Emma Frost. While out on the town drinking, the girls find out about Sue’s private encounter with Black Panther. The comic book naturally offered flashbacks revealing the details of their private meeting. While visiting Wakanda for the first time, as we’ve seen in the 1966 comic, Reed was doing what brilliant minds always do; he started studying Vibranium and other elements unique to the world’s richest nation.

With Reed mentally absent and entirely lacking interest in her, Sue decides to explore the palace and comes across T’Challa playing the piano. The pair then explores the palace gardens and certain segments of the techno-organic jungle, quietly flirting with one another. Considering that it was nighttime, they also took a skinny dip in one of the lakes within the jungle, and it was T’Challa who softly broached the idea of romance. Of course, it was quite evident from Sue’s recollections that she also found him very attractive.

However, her then-recent marriage to Reed Richards — and comic book connoisseurs are still debating whether she and Richards were married at the time — kept her from succumbing to temptations. Of course, T’Challa respected her decision. The two remained friends, with Black Panther becoming an invaluable ally to the Fantastic Four. But it’s still worth speculating about how such a romance might’ve played out and how it would have affected the rest of the Marvel Comics Universe.

The two had obviously recognized each other’s qualities; Susan was able to recognize T’Challa’s strength of character and his gentle side, while he was captivated by both the physical and inner beauty that caught many a Marvel hero’s and villain’s gaze. His connection to the Avengers would’ve possibly brought them closer to the Fantastic Four, but that’s also debatable, considering the questionable marriage status between Reed and Sue at the time.

However, the romance didn’t play out, and if it did, it likely wouldn’t have lasted long. T’Challa’s obligations as both Black Panther and Wakandan king meant that he put aside most romances in his life. Ororo Munroe, aka Storm, was a notable exception; besides being of noble origin herself, Storm was also quite powerful. Susan Storm’s love for her husband, on the other hand, hasn’t wavered in years, though there was plenty of loneliness due to Reed’s engagements, which offered plenty of opportunity for her to leave Richards. She never did.

It’s very interesting to speculate how things would’ve turned out very differently if T’Challa and Sue had succumbed to their temptation. So, the story wasn’t retconned in a way that would affect the Marvel Comics Universe. In fact, it wasn’t even a retcon but rather a tardy narrative expansion that has shed some light on previous events while setting up future ones. Unfortunately, we might never witness those events.

The untimely death of Chadwick Boseman threw a wrench in many narratives. We won’t get to witness Black Panther’s marriage with Storm and the romance that nearly happened with Sue Storm. The closest thing we might get, if our current Panther ever meets the Fantastic Four, is for Sue Storm to acknowledge that she knew the previous Panther personally. This would be a fine nod to the Marvel Knights narrative, as well as the relationship that never was between her and the Black Panther.