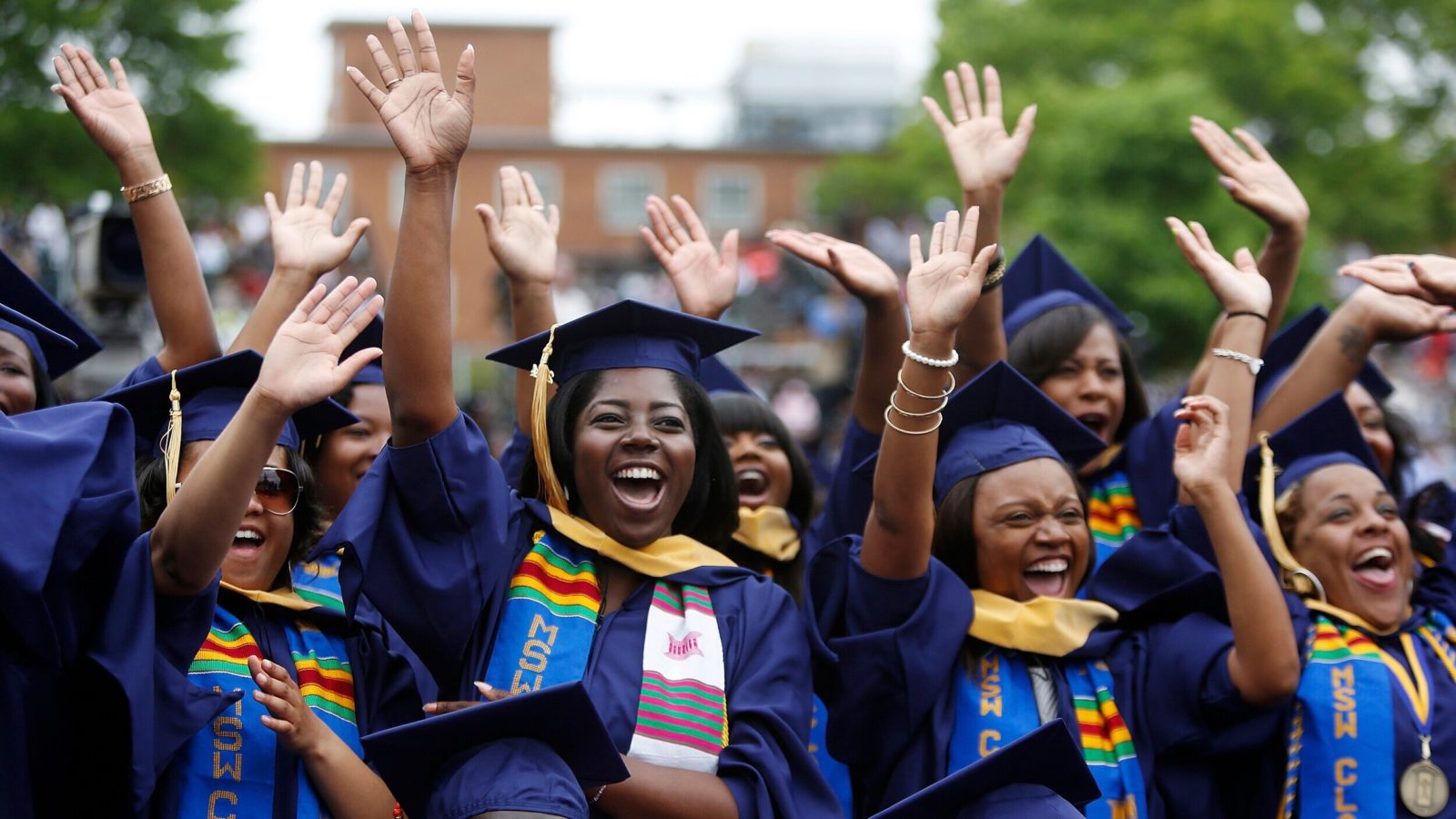 These days, we see more headlines about the value of a college degree. Even with President Biden’s new student loan forgiveness program, college tuition is steadily on the rise and more students are drowning in college debt than ever before. It’s no surprise they are asking: Given the cost and investment, is a college degree worth it anymore? Another question that seems to pop up is if we still need Black colleges and universities.

Historically Black colleges and universities (HBCUs) actually help to close the racial wealth gap. At one time, over 90 percent of African Americans with a college degree obtained it from an HBCU. In 2016, HBCUs awarded 26 percent of all bachelor’s degrees granted to Black students. By helping Black students earn a degree, these students increase graduates’ earning potential.

Recently, HBCUs have seen a significant rise in applications. For example, Morgan State University in Baltimore reported an historic 58 percent increase in undergraduate applications in 2021 compared to 2019.

The boost could be due to more funding, but the pandemic also affected Black student enrollment most of all. We saw the height of the Black Lives Matter movement, and students wanted to attend schools that honored their experience. It was about a powerful purpose: HBCUs provide a safe and nurturing space for Black students to learn in a time of increasing anti-Black racism.

A new generation of Black students have just settled into their dorm rooms. They have not only grown up during the election of the first Black president but also during political and social conflict that has threatened the lives of Black people. For many families, embracing an HBCU is out of concern of racial hostility and students’ feelings of isolation in predominantly white schools. It’s also about shifting the views of what quality higher education looks like.

Upon graduating high school, I had applied and was accepted to Langston University — the only HBCU in the state of Oklahoma. I was encouraged by a friend of the family to apply there, as it was their alma mater. I listened to her stories and knew that it would be a place that I could spend four years figuring out who I was while not having to fight to integrate into the space. Due to life situations beyond my control, attending Langston never happened. I always regret not having that experience.

I believe that Black families are concerned about where they are sending their kids for four years. They want safe havens for them as well as a place where they see other students that look like them and have similar life experiences. It’s a question of whether they sink or swim or go somewhere where everybody’s swimming with you.

America’s first Black college, the African Institute, opened in Philadelphia in 1837 and was founded by a Quaker philanthropist. The school was later renamed Cheyney University with a mission to train teachers and prepare workers for trades. After the Civil War, dozens of similar schools for the formerly enslaved and their families began to populate in southern states, sustained by federal land grants, freedmen’s societies, churches, and benefactors.

Over their history, HBCUs have educated most of the nation’s Black judges, half of its Black doctors and 40 percent of the Black members of Congress, as well as our current vice president, Kamala Harris.

HBCUs also have a spirit of pop culture. One of the first movies that captured their essence was Spike Lee’s School Daze. The dialogue, the music, the outfits! After watching this movie, every Black person I knew wanted to attend an HBCU. Other movies such as Drum Line and Stomp the Yard gave us even more excitement, depicting Black marching bands and Greek life. Several television series, such as A Different World, The Quad, and All American: Homecoming, have also given us life when it comes to the HBCU experience.

Queen Bey got in on the love with her 2018 Coachella performance giving homage to HBCUs. I won’t tell you how many times I’ve seen Homecoming but I bet you’ve seen it just as many. Yes, it’s that good!

For more than 100 years, HBCUs have been educating minorities, giving them opportunities, and instilling great values. The truth is HBCUs influence the academic success of Black students in a way that predominantly white schools simply can’t. HBCUs are rooted in history, faith, and community. Black churches have long been pillars of the Black community, and the history of Black colleges is included in that tradition.

Everyone deserves access to a quality college education that prepares them for success, as well as a safe space in which to do it. While the debate carries on about college and Black college worthiness, I hope that we’ve settled the question if HBCUs are needed. It’s a resounding “Yes!”

There are 107 historically Black colleges and universities in the United States. View the full list here.