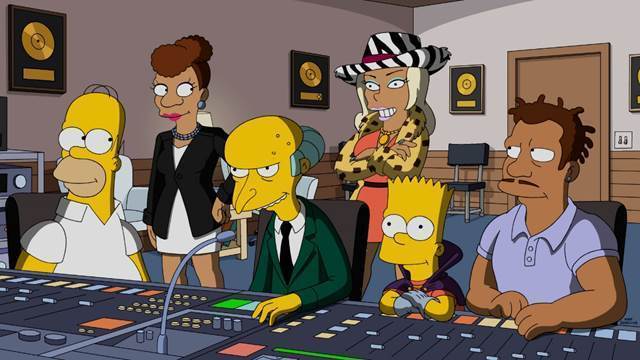 Looks like Empire will be headed to Springfield in The Simpsons’ upcoming first-ever hour-long episode!

The famous yellow cartoon clan will be getting a full 60 minutes to strut their musical talents in a seemingly Empire-inspired episode on January 15 with the likes of Emmy Award-nominated actress Taraji P. Henson, Keegan-Michael Key, Snoop Dogg, Common, and RZA as guest voices.

According to FOX, the episode entitled “The Great Phatsby” will follow Mr. Burns (Harry Shearer) as he tries to relive his glory days and crosses paths with a mysterious music mogul. After being conned by him and reduced to bankruptcy, Burns seeks revenge on the music producer with the help of Homer, Bart, rapper Jazzy James (Key) and the mogul’s ex-wife, Praline (Henson), along with Snoop Dogg, Common, and RZA (guest-voicing as themselves).

Get a first look at the episode below:

Also in the episode, Lisa (Yeardley Smith) is courted by the richest kid in town, Smithers (Shearer) begins a perilous journey and Marge (Julie Kavner) opens an obscure boutique store.

Expect To See ‘The Simpsons’ On Disney’s Streaming Platform