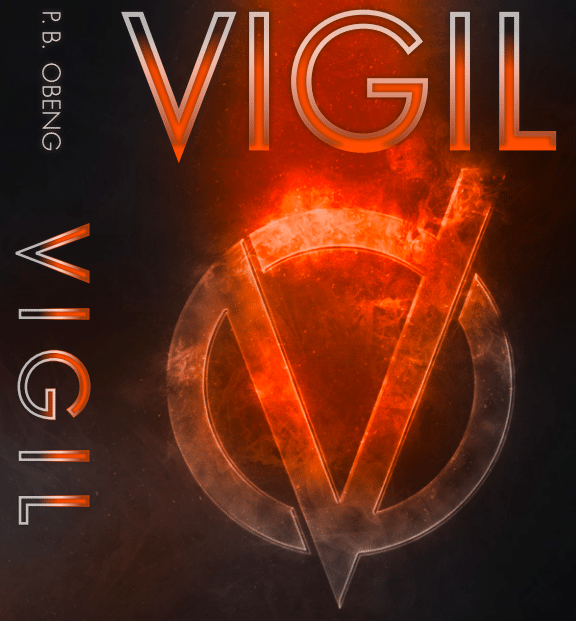 What do you get when you mix The Avengers with Mission Impossible? You get the hard-to-put-down read by P.B. Obeng called Vigil.

First, in a series, Vigil is based around a hand-selected, special team selected from the highest levels of government service; CIA, FBI, Secret Service etc. Think the A-Team meets the X-Men. Selected because of their special abilities and specialized training which they will have need of to complete their mission. Shades of Wakanda and Vibrainium not-withstanding, this book is action-packed and there are very few lulls or slow segments, and the book in its entirety is a slow burn and lead up to an explosive cliffhanger of an ending.

Hats off to this author for making the group leader a woman with more than capable superpowers. Captain Alicia’s inherent strength will be tested in her personal life as well as on this mission that reeks of intrigue, betrayal, and double-dealing. Bringing together a group of unusual characters makes this a read you are going to want to keep an eye on and follow up within subsequent editions.

The feeling of sitting on the edge of your seat is carried through to the last page. Punctuated intermittently with action-packed subplots. Betrayal and double-dealing are woven tightly into the storyline — keep notes if you need to. International locales woven into requisite trips to DC to check-in (or check-out) are interspersed with faint glimpses into the team members back story initially. Once the main mission gets rolling, it’s more interpersonal glimpses when they aren’t running from something or beating the heck out of something.

Termed “Variants” by the author, a human power cell that can manipulate all energy forms — one that specializes in shapeshifting. And another one imbued with the ability to take on the physical properties of anything he comes into contact with. Rounded out with a team member whose tech suits are the equivalent of several superpowers.

Also known as superhumans they would be the equivalent of mutants. Shapeshifting, bible-thumping (yes you read that right) diversity laden — a group for the ages. If this was a comic book the illustrations alone would make it worth the price to obtain it. The storyline does a fairly good job of connecting all the dots of each of these superhumans to the mission that at points reminds you of the “Song that has no end.”

Speaking of characters this team’s individual characters, based on their introductory backstories are poised to bring real-world, relatable issues into the main storyline at some point. Bible-thumping born again superhuman? I have so many questions. Native American agent/superhuman shapeshifter? Can I get a one on one interview with her please? Romantic minded? Take heart there are several potential romantic scenarios that can play out.

The author at this point has chosen not to really flesh out romantic entanglements, but it’s a series and you know at some point it’s coming. The author’s way of introducing the characters and their backstories makes it even more interesting to ponder how that winds up playing out and how that will work its way eventually into the main storyline. Not wanting to give too much away via spoilers, can say that there is a major personal/family situation that starts in this book but that is headed into the next that is too broad in and of itself to be confined to one book.

At first glance, there did not seem to be much time or space for developing the personal aspects of the main characters in the group. I had to keep reminding myself that this is part of a series. One that I definitely am all in for. International espionage and sci-fi with drops of action baked in. 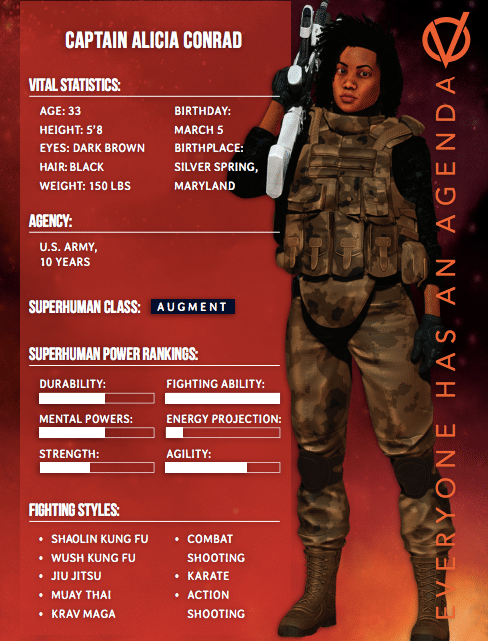 I am keeping my eyes on this series if for no other reason to see if it somehow ends up on the big screen. Netflix or Hollywood, either way, it’s a good story. Comparable to many out there with a major marketing budget and the “Hollywood” treatment. Contrary to popular belief, there is great original content out here being made every day by talented authors like this one. There is no real need to keep re-making and re-doing what has been and shouldn’t be touched. Books like this prove we are surrounded by talent and it’s not always going to show up in the obvious places. You may have to do a little digging but oh man is it worth it.

Fans of sci-fi and action-based spy thrillers are going to want to grab a copy of Vigil and make sure they are in line for the series which with this debut is looking so much like a winner.