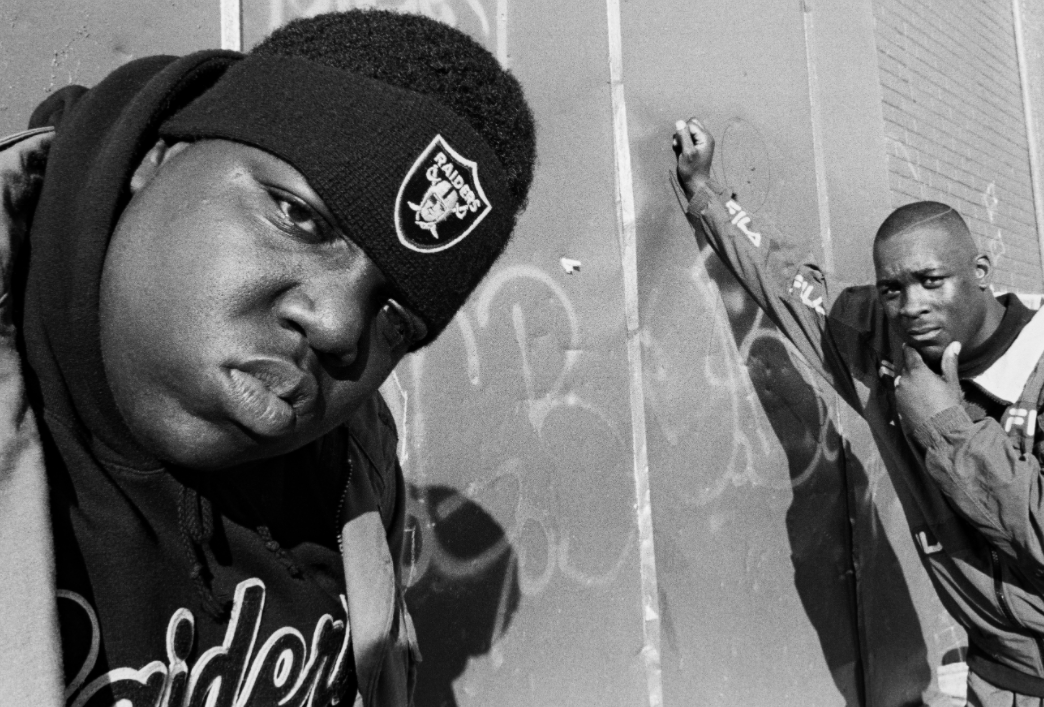 It’s been 24 years since Christopher Wallace, aka Notorious B.I.G., was shot and killed in Los Angeles. His murder never solved, his life over at 25, to hip hop fans he’s a legend; the king or rapper emeritus, having sold a total of 21 million records in his lifetime and after death.

If you’ve ever heard his beats or just someone saying, “Never lose, never choose to,” or “I’m living every day like a hustle,” then you’ve heard Biggie.

Jay-Z, Snoop Dogg, Nas are just a few of the multi-millionaire household names he influenced. He was celebrated for his cadence and rapping about the struggle he endured in his Bedford Stuyvesant, New York, neighborhood, but he always returned.

So Netflix’s Biggie: I’ve Got a Story to Tell is an effort to go into that time in his life and that  ’hood via never-before-seen videos and narratives from people who knew him best. BGN got on the phone with director Emmett Malloy and Wallace’s estate manager and friend, Wanyne Barrow.

In doing this doc, what would you say to the critics?

Emmett Malloy: “Thank you!” It’s been a very positive reaction so I’m more appreciative that they’ve been picking up on all the little things that we tried to convey in our story. They seem to be appreciating the little details that we put into it. That’s something that I am very thankful for. I am also thankful that everybody just seems to be in the mood for Biggie right now.

This is more of a positive, uplifting story. Maybe six months ago, people would have been ready for something different in tone. Now we’re seeing the timing that we landed after a four-year journey. It’s a real good time to release this film, which feels good.

What’s the biggest takeaway experience you got from working on this?

Malloy: The Jamaica trip. I bet you Wayne will agree. We got to sit down and talk and that is how we kicked off the film; meeting that whole family, the intimacy of talking to [Biggie’s] mom, his grandma, and his uncle, all spots that he would visit every summer of his life, that felt good.

Wayne Barrow: I one hundred percent concur. That Jamaica trip stood out for me.

And of course, there’s been docs done, even a podcast series. Why this and why now?

Barrow: Because it’s a very important story that has not been told. The life of Christoper Wallace and how he lived as a young boy, so creative and so intelligent, and how he transformed that. We go into the nuances and the relationships and opportunities that created Notorious B.I.G. That’s why this.

Why now? I don’t think it’s a timing thing. It just happened. The Life of the Notorious B.I.G. came out in 2017, and we just started having conversations and we thought it needed to be done the right way. If the right people and the story could be told in a way that was so different, the right pieces could be told.

You went in close with all the personal never-seen footage on Biggie. Where was it all this time and how did you guys get it?

Malloy: It really was Damion Butler, his best friend in life. The guy who was with him out on the road through his whole rise. He’s chosen, all these years, to never participate in one of the films and to let lend his footage to help tell stories the way he did in our film. So getting his trust and getting him to be supportive of what we were doing and getting him to use his visual diary to help tell our story to give people a feel of what Christoper was like as a friend and as a son, and to bring him to life in this film. To get his involvement was the missing link in all prior films.

Our focus seems to be aligned with the stories he always hoped would be told.

There’s a spotlight in the doc on his friends. Can you update us on how his death affected their dreams?

Barrow: We’re talking about a man, Christopher Wallace, who carried his entire family with him. Everything he did, he did for them, with them. To leave that so abruptly, in such a painful way, and for the people who had to continue, to live with that, it was a very difficult thing to overcome.

It was very difficult for them to talk about and to live through. The guys and the girls, including Little Kim, who was affected by this, the other women in his life, his ex-wife [singer Faith Evans], children, and his mom.

There is nothing that they would want more — including myself and his friends — than to have him with us today. I think any of us would give anything we have to see him smile, touch our hands, have a drink with us, smoke a reefer. Whatever. Just to have that moment again.

Also, he has two children. Can you give any updates on them and their lives now?

Barrow: C.J. and T’Yanna, they’re doing great. They weren’t old enough to understand who their father was. They learned through his friends and family so their connection was little different, but they are very very aware that their father was a gentle giant and an overall great human being.

They’re trying to position themselves as just C.J. and T’Yanna and away from that spotlight of just being Biggie’s children.

In doing the research, was there anything that sparked for you regarding his murder?

Malloy: In making this film over the four years, I researched every stage of his life. But to be honest, our story was always focused on his birth up to the release and success of his first album, Ready to Die. We wanted to keep the story to that.

As we evolved the film and realized we were making it for a Netflix audience—many of whom weren’t even alive when he was around—we realized we had to tell the full arc of his life. So we continued to evolve our story. But we have nothing new to offer to the murder or to the people in that investigation.

Our focus was really in a different place. We were making a film about his life, and that’s where we spent the majority of our time.

Biggie is bigger in life than death all these years later. What is it that you want people to see by doing this documentary?

Barrow: I want people to walk away knowing that this man lived his life not only for himself but for his family. He was a father, son, a friend to me, to his fans, and he gave every one of those individuals everything he had during his short life.

Biggie: I’ve Got a Story to Tell is currently streaming on Netflix.