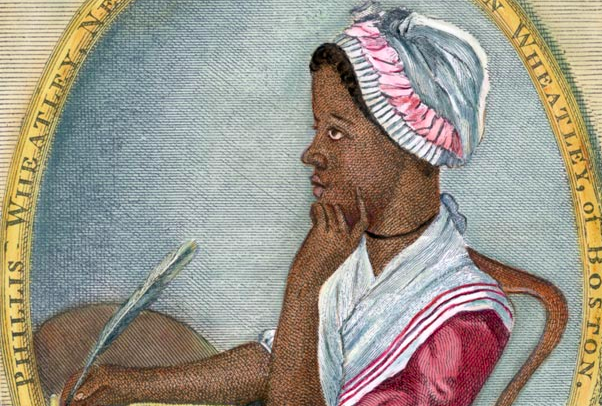 Each year when Black History Month rolls by, we see the name Phillis Wheatley along with the indelible image of her wearing a white bonnet with a quill pen in one hand. As her eyes glance forward and she appears to be deep in thought, one has to wonder what kind of life did Phillis Wheatley want for herself?

And although her accomplishment of becoming the first African-American to publish a book of poems was an incredible victory at the time, the life she was born into and the last years of her life is heartbreaking.

Born in West Africa, near Senegal, Wheatley was stolen from her family and sold into slavery.  We don’t know her real name, because she was separated from her family at seven years old. The name ‘Phillis’ — the same name of the ship during the middle passage that she was brought in on — was given to her. Her last name Wheatley came from the surname of the family who purchased her, which was quite common.  The trip from West Africa docked at the Boston Harbor on July 11th, 1761. As you can imagine, it was a harrowing 240-day trip which resulted in the deaths of 21 human beings.

Phillis was sold to John Wheatley, a tailor looking for domestic help for his wife Susannah. Phillis was bred to become a child prodigy and was a prop to the Wheatleys. Phillis had superior intellect and not only mastered the English language — but also studied Greek and Latin. She studied ancient history, excelled in cartography, geography, astronomy, and literature. Phillis was a quick learner and her literacy advanced her ability to write with precision.

She was also encouraged to study and read the Bible — the religious text had a significant impact on her work, as well as her personal beliefs.

At the age of either 12 or 13, Wheatley’s first poem “On Messrs Hussey and Coffin,” was published in the “Newport Mercury” in 1767.

In 1768, the eight-lines long, single stanza, four-rhyming-couplets poem “On Being Brought from Africa to America” was a bold take on the hypocrisy of Christians enslaving Africans. The poem criticizes whites for their part in slavery and that Blacks too, will also join the angelic train of heaven.

‘Twas mercy brought me from my Pagan land,

Taught my benighted soul to understand

Once I redemption neither sought nor knew.

Some view our sable race with scornful eye,

“Their colour is a diabolic die.”

May be refin’d, and join th’ angelic train.

Wheatley’s poems were so extraordinary, that many whites doubted its authenticity. In 1772, Wheatley had to defend her veritable works of poetry in a court of law. Bostonian bigwigs like John Erving, Reverend Charles Chauncey, John Hancock, Thomas Hutchinson, and Andrew Oliver, confirmed the poetry was in fact written by Phillis Wheatley.

In 1773, her collection of poems called “Poems on Various Subjects, Religious and Moral” were published in England. Wheatley herself had difficulty getting published in the U.S. and England was a bit more receptive to publishing. 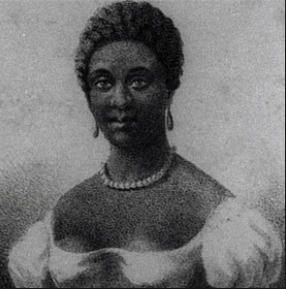 In 1775, she sent a copy of a poem, “To His Excellency, George Washington” to him. In the following year, he invited her to visit him at his headquarters in Cambridge, Massachusetts. She met him in March 1776 and in April, the poem was republished in the Pennsylvania Gazette.

However, not all of Phillis Wheatley’s poems throughout the years were praised and respected. In fact, within the Black community, she’s criticized for not being vocal about the institution of slavery.  She didn’t challenge the bondage of her people enough and it was believed she used her poetry to appeal to whites as opposed to giving all of herself in the poems.

On the contrary, it is easy to sit on the sidelines and try to analyze how “short-sided” Wheatley’s poems may have been addressing issues of oppression when one hasn’t been in Phillis’ shoes and endured what she went through.

It is unknown if Phillis’ poetry was something she herself did as a survival tactic to simply do what she was told or to hold onto the “somewhat-privileged” life she was living.  It is also possible that she truly enjoyed and believed in what she was writing.

It’s hard to believe one can even consider the idea of living as a slave (no matter how well you are treated) one of privilege.

Phillis Wheatley, put on display as a shiny bright diamond on the arm of her white masters, forced to write, read, and entertain her poems to a white audience — considers the notion that perhaps she was not allowed to be so blunt with her opinions on the oppression of her people.

Being compared to character Chris Washington in Get Out as a showpiece for white high society families, Phillis was likely forced to perform clichéd pleasantries to white folks. And was propped up as a virtuoso from the Wheatleys. There is also a theory that Phillis was the same age as John and Susannah’s daughter Sarah, when she was purchased as a slave and created an imagined existence of their daughter through Phillis.

What makes Phillis’ story of triumph — being the first Black person to have their poetry published — to tragedy, is what happens after she becomes a free woman.  The irony here is that although this event would appear to be a beacon of hope for her story, it was far from it. Wheatley was a slave, but she wasn’t treated as harshly as other slaves and was protected because of her intellectual abilities and writing skills. It wasn’t until she became a free woman, that she experienced no greater travail than that of manual labor and struggling to find work as a poet.

Phillis’ only skills were her abilities as a writer and she tried her best to get her second collection of poems published. Sadly, between October through December of 1779, she ran six advertisements soliciting subscribers for a volume “Dedicated to the Right Hon. Benjamin Franklin, Esq.: One of the Ambassadors of the United States at the Court of France”. Publishers worked on a subscription model and needed a certain amount of subscribers to publish a volume.

Wheatley desperately needed the money to pay for food and housing and sadly no one was interested in publishing her work.

Phillis Wheatley met and married a free Black man by the name of John Peters. Unfortunately, Peters suffered from financial troubles and often had to leave Phillis to find work. Phillis meanwhile worked as a domestic servant to scrape what she could and still continued to write. She gave birth to three children, and two of them died as infants. Her husband was later imprisoned for his debts and Phillis was left to work as a scullery maid working at a boarding house.

Wheatley’s frail body was not accustomed to manual labor and her health declined significantly. At the age of 31 on December 5, 1784, Phillis Wheatley became gravely ill and died. Her infant son died shortly thereafter. She died alone, abandoned and impoverished and was buried in an unmarked grave. 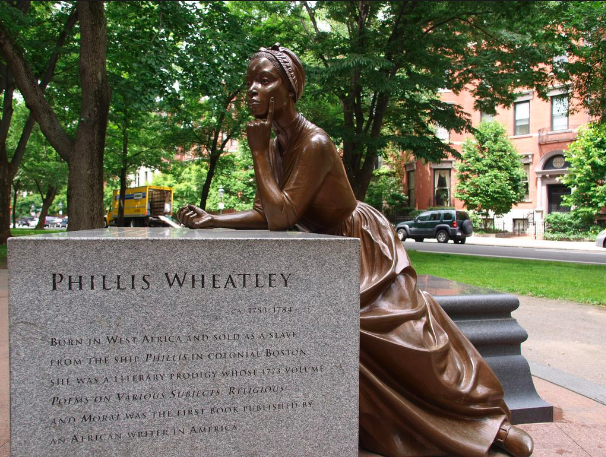 While many of the unpublished poems Wheatley had in her possession were lost, some were found and were published posthumously.

Although she endured both triumph and tragedy — her poetry and the legacy of her work lives on forever.

Alyssa Bardge and the Jazz of Poetry