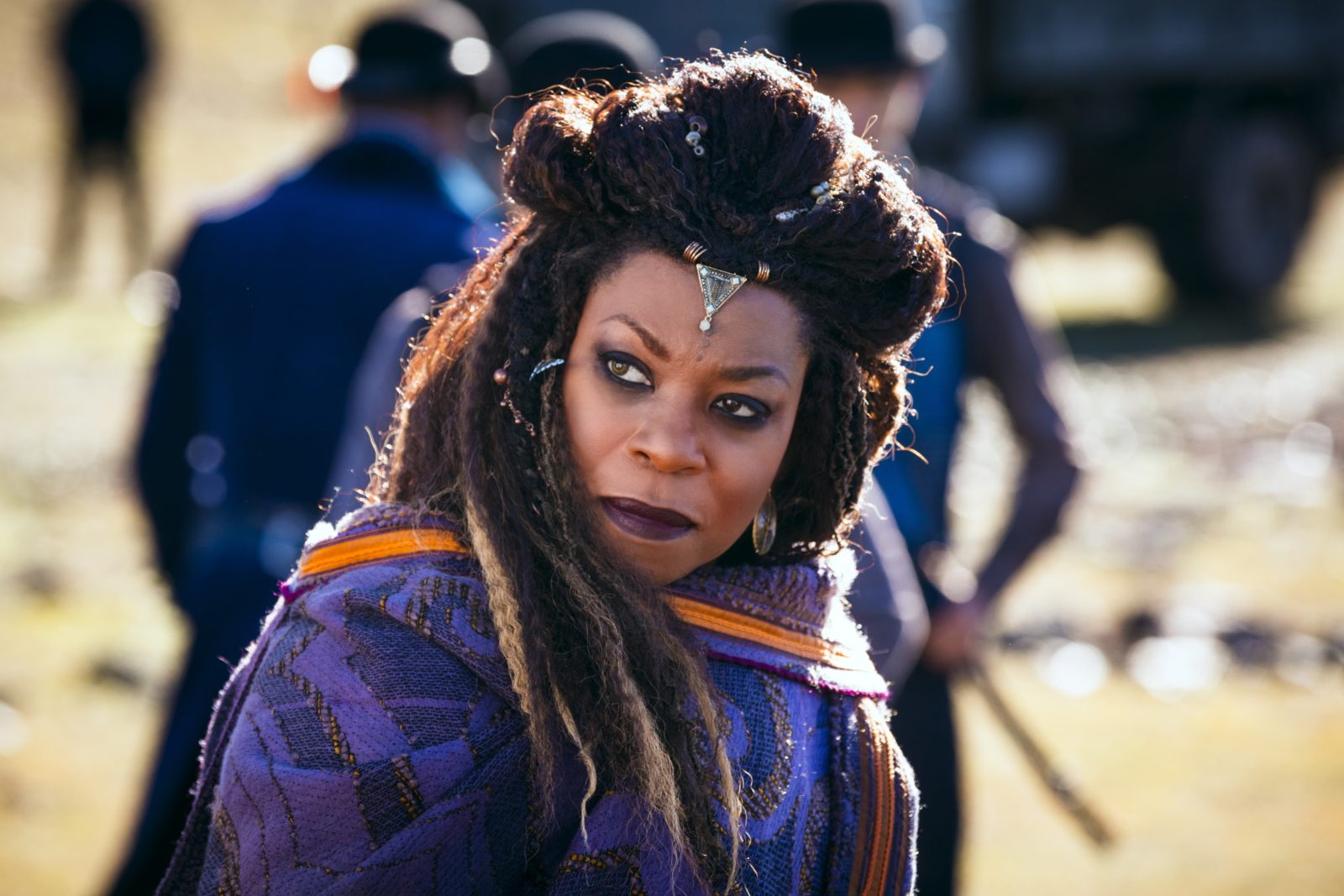 There’s a stage in life where it matters less what someone thinks of you and more what you think of yourself. Case in point; Emmy-nominated actress Lorraine Toussaint is far too busy living life, acting, mothering (to daughter Samara) and being a wife (she took the plunge for the second time with a 15-year pause between I do’s).

The Trinidad born actress lives in Malibu with her daughter, Samara and her husband, referred to on her blog only as “Mr. T”.

She speaks poetically as we discuss her new NBC series, The Village, her star turn as Cressida on AMC’s Into The Badlands, you can currently see her in the film Fast Color, and a role in a feature film (tentatively titled The Glorias: A Life on the Road)  based on feminist Gloria Steinem’s memoir, plus her life philosophies.

Yeah, I’m a little bit busy at the moment. This ain’t no hobby.

For example, I finished shooting The Village on a Tuesday night. Left the set and went to the airport, flew to Savannah to start up first thing in the morning in the Gloria Steinem story playing Flo Kennedy who is very different. She’s badass, foul-mouthed, cussing, cowboy-wearing…I mean she’s more than a touch of cray-cray.

Wisdom and cray-cray is an interesting mix. I must admit, in my head, there was a little bit of ‘oh, this is interesting’ because I’m developing Flo and because she’s going to be on any minute but I am fully invested in Patricia (The Village).

It’s craft. We’re in an era now where celebrity has taken the place of craft and I am old school. I rely on my craft to be able to create these recognizable human beings and sometimes multiples because I’m very clear about my craft. Nothing I do is accidental.

I’m also at the age where I am no longer playing the song. The song is playing me. And so I’ve crafted to a certain extent and I avail myself to magic and I’m fearless in that way because I know how to access and make space for magic so I don’t do it all myself. There’s alchemy and a chemistry.

How do I do it all? I’m clear about my priorities. My daughter is first. Something happens to my daughter. I get a phone call, bye yaw’ll. I’m a mama. I cook. I do homework. I clean. I make sure the child is all right. I keep my house clean and uncluttered because If I don’t do that, I can’t think and I got a lot of thoughts.

And I blog and so I keep my life really clean and clear and fairly organized, with a certain amount of chaos because that’s the creative process. I live a fairly intentional life and I am awake. I am not asleep. I don’t get bogged down by the bull*t in this business or on CNN.

Somewhere in there you’ve got Into the Badlands. When did you shoot that?

Well, the third season of Into the Badlands is premiering now. My daughter and I were living in Ireland last year, which was a grand adventure.

I was flying through the air on harnesses doing martial arts out of Hong Kong. Running through the wetlands of Whitmore, which is just south of Dublin doing some wild, crazy stuff last year.

There is Fast Color — a wonderful film I shot two years ago — which finally got distributed, is premiering. The Village, which I am super proud of is showing up. Samara, my 14-year-old finally is proud of me because she is embarrassed by me. All teenagers are embarrassed by their parents and I am not exempt.

Finally, my child is willing to admit she is the child of an actress because her mother does the voice of Shadow (Weaver) so I’ve got that and shooting this Gloria Steinem biopic. I am busy.

I pack like a military operation. I take my family with me because I’m not leaving them behind. At the end of the day, I don’t want “series regular” on my tombstone. I want something else. I’m somebody’s mom. I’m somebody’s wife and I’m somebody’s friend. I’m clear about that. Acting is what I do. It’s not who I am.

I was reading your blog way into the night so did that marriage happen?

Oh yes, I have a husband!

I’m still in the blog.

Girl, I got a husband, yes! Bless his heart. Bless his heart because I don’t know if I’m easy to live with. We got married almost two years ago. We’ve been together for eight years.

You were putting all your feeling about that out there.

Yeah, I put it all out there because I am at the age now where transparency is more important to me than anything else and I don’t have a whole lot to hide and I’m a good writer.

So talent will out?

Fast Color is currently playing in theaters, Into The Badlands airs Mondays 10/9c on AMC and The Village airs Tuesdays 10/9c on NBC.