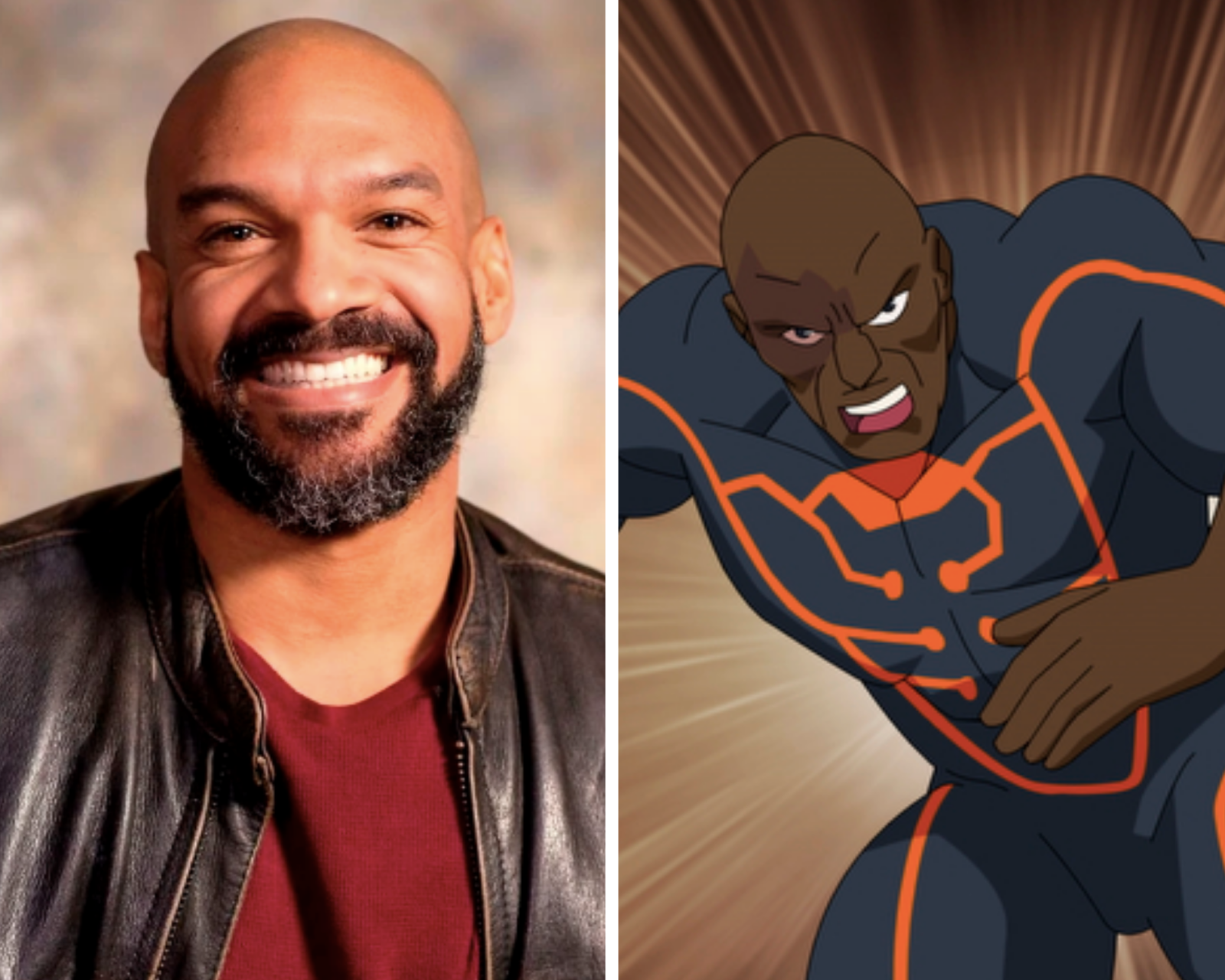 Amazon Prime’s adult animated series Invincible is the coming of age story of a teenage superhero with an all-star cast, including The Walking Dead’s King Ezekiel, Khary Payton, who plays Black Sampson. BGN spoke with Payton about his role in Amazon Prime’s latest runaway hit.

Yea! Thank you, I really love it. I think it’s great. It feels like a long time ago, maybe 10 years now, that I first did a cartoon called Young Justice. I compare every pilot, every TV show that I do, to Young Justice. If I feel like I felt after I watched the first two episodes of Young Justice, then I feel like, okay, this is gonna be good. I absolutely felt that way about Invincible. Obviously, it goes to another level in a lot of ways, but the character relationships and the way that the story unfolds are universal when it comes to telling a story that works. I remember watching this, looking at the person next to me, and I was like, this thing is gonna be good.

The writing is excellent and the cast, stellar. How did you get involved with this project?

I got a call from Robert Kirkman, who asked me to play Black Sampson. You gotta know where your bread is buttered man. He’s been kind enough to be a champion for me on a couple of TV shows now. I just feel like you can’t go wrong with Robert Kirkman. If you thought The Walking Dead was a fluke, watch this and realize, no, no, he’s, he’s more than a big old teddy bear of a man. He actually is actually an incredible, just genius level, storyteller. I’m just happy to be part of it.

Kirkman’s very good at endearing the audience to characters only to take them away from us abruptly. Episode 5, the episode where your character Black Sampson is showcased blew me away. There’s so much nuance and emotional attachment to this kind of storytelling.

I love human relationships, which I think are surprising and gentle and lovely. Like John Hamm’s (Mad Men) scene with the father and the son, that’s one of one of those moments that you don’t see coming that just sits with you. It actually makes the violent moments of this show even more violent in your mind because it does get so subtly intimate.

The stakes are raised because we have an emotional investment.

What was your process for script analysis for Invincible? Is it any different than any other of the voiceover work that you’ve done?

The conversation that I had with Robert and with the producers and directors was really important. That first day we were like, okay let’s build this character right now. It was a situation where I was really busy and I was flying back to town and they were like, “Okay, you know we’re gonna talk about it and kind of hash it out on the day.” It felt very exciting and organic, and sparks were flying. Just that creative energy I love. I had this feeling. Like, as a veteran, almost being a guy who’s been doing voice over work for 20 something years, walking into this studio, I felt a kinship with Black Sampson. I was embodying him even before the actual lines were written. I was in character saying things like, “All right, I’ve done this before! Don’t waste my time. Let’s be professional. What do we do?” We had so much fun going at it from that aspect.

Invincible is definitely an adult animated series. You’ve got 20 plus years under your belt, as a voice actor in the industry. How much has adult animation evolved?

Obviously the technologies have evolved. If you wanna talk about adult cartoon animation, maybe we have Akira to thank because of its starting off from the Japanese anime tradition. We’re all children who found it on those video cassettes back then. I think a friend of mine had Akira on laserdisc — the big old laserdiscs?! We were watching those, and we’re the children of those stories. We’re just trying to emulate the stuff we loved that we saw, what is that, 30 years ago now? I think that what’s happened, though, is those kids grew up and were like, “I wanna do my version of Akira!”

Variety. Incredible variety. I get to close my eyes and imagine what my world is like. Putting on that VR Oculus headset, I close my eyes and my world changes, my body changes. I become an avatar in my own mind. You’ve got to make it all up. All you’ve got is a microphone and a music stand in front of you. You get to make up, make up the whole world in your imagination. It can be whatever you want it to be. I’ve been so lucky that people have given me opportunities to play many different kinds of people. As much as I love the main characters, I love the little side characters when you have to make something out of nothing. To make a bold choice. You make it subtle or make it wild and go for it, and they’ve given me that opportunity. I feel really lucky and grateful to have been given those.