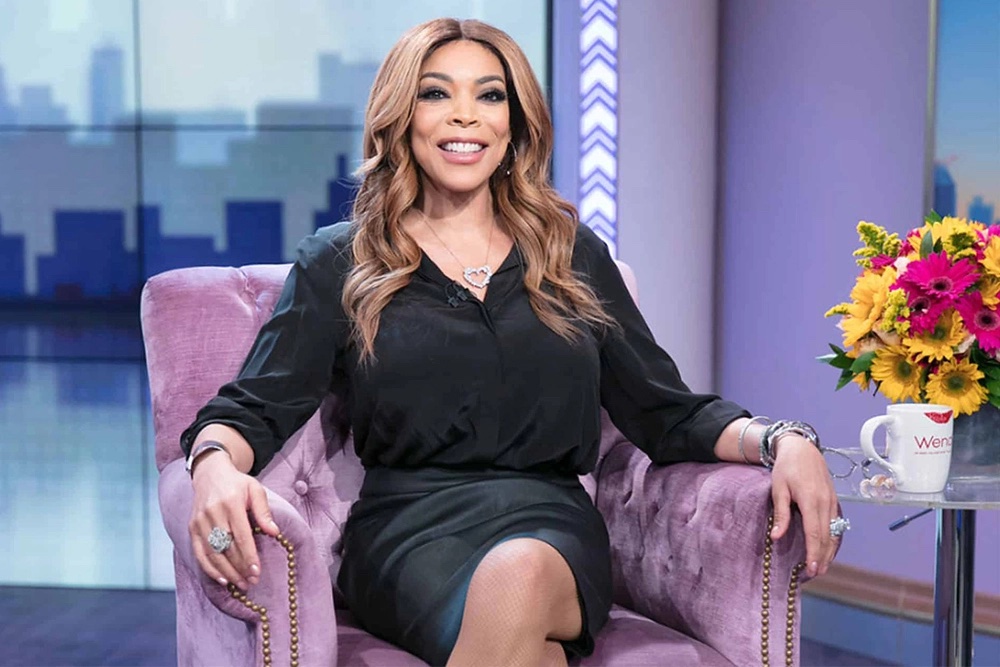 Wendy Williams was unlike anyone else on daytime television. While others were super polished, prepared, and read exactly what was on the teleprompter, Williams always leaned towards the opposite. She was messy, constantly belching, picking her teeth, and even farting. She could be rough — too real and out of line. Her iconic facial expressions, eye-rolls, and pauses matched her quick wit. Wendy Williams was unapologetically herself, which is the reason why we love her.

Wendy Williams is a major part of media history. She deserves her seat at the legends table, even though she was never placed in the same league as Oprah or Ellen.

The show always started with Williams discussing “Hot Topics,” where she recapped and shared her opinions on celebrity gossip. When something would happen in the entertainment world, I couldn’t wait to hear what Wendy would have to say about it. The real gem of her show was making the audience feel like they were a part of the production, even referring to them as her “co-hosts.” She offered advice in the “Ask Wendy” segment, compared audience members to famous people in “Celebrity Lookalike,” and in my favorite segment “Fan Out”, people could send in photos of themselves with celebrities.

Williams’ journey began while attending Northeastern University in Boston, Massachusetts, where she was a DJ for the college radio station. She began working as a fill-in DJ at 98.7 KISS FM in New York City, and a year later hosted her own show in the 6–10 p.m. time slot. The Wendy Williams Experience ran for over 20 years and was listened to annually by more than 12 million people. In 2009, she ended her radio career to pursue television. On July 13, 2009, her daytime television talk show The Wendy Williams Show debuted. She was inducted into the Radio Hall of Fame four months later — one of only a handful of women.

In 2017, many of us watched Williams faint on live television. It was the Halloween episode, and she wore a Statue of Liberty costume. In true fashion, by the time the commercial break was over, she had gotten up and was ready to continue on with the show. But that episode was the beginning of health issues and rumors that would keep circling her. At the start of the 2021 season, Williams went on a hiatus due to complications from Graves’ disease and COVID. She never returned to her purple chair.

When we think about successful, long-standing daytime talk shows, Oprah is it. She showed us that Black women could successfully occupy the space. Let’s also not forget about Rolonda Watts, who hosted the Rolonda show from 1994–1997, and supermodel Tyra Banks, who gave us The Tyra Banks Show from 2005–2009.  There have been others including KeKe Palmer, Queen Latifah, and Ananda Lewis.

After The Oprah Winfrey Show ended in 2011, I wondered what was going to happen to daytime talk shows. Media outlets questioned if Williams could be the next Oprah. Upon receiving her star on the Hollywood Walk of Fame in 2019, she said that she didn’t want to be the next Oprah — she wanted to be the first Wendy.

After Oprah’s exit, we saw changes happen, almost as if the sea of opportunity was there for the taking. Who would dive in? Oprah sort of handed the proverbial baton to Ellen DeGeneres, and she ran with it, until she exited after just shy of 20 years on air. Dr. Oz left his show to pursue politics. We also said goodbye this year to The Nick Cannon Show, The Doctors, The Real, and Maury after his show ran for 31 years.

Tamron Hall, Kelly Clarkson, and Drew Barrymore are now carrying torches for our beloved daytime fix. Oscar-winner Jennifer Hudson will host her own show this fall, and Sherri Shepherd will have her own show as well — in the same time slot, in the same studio, and produced by the same production team as Wendy’s show.

Daytime talk shows have always been a challenge because we have seen many come and go over the years. The Wendy Williams Show began as a test run, and not a lot of people took it seriously. I remember thinking, “What is this?!” and next thing you know, I felt like I was missing something if I didn’t tune in. There were times I didn’t agree with anything she said or with how she talked about someone. But it didn’t stop me from wanting to know what she thought about something. That was the power she had.

I couldn’t understand how the final episode of The Wendy Williams Show took place without Wendy Williams! It had a weak, seven-minute tribute — at the very end of the show — to a woman who deserved better. Come on, after 14 seasons, this is what they did? The entire show should have been a tribute. It should have gone out with a bang, with her front and center.

Like her or not, Wendy Williams’ legacy cannot be denied and the impact her show has had on pop culture is undefeated. She helped reshape the daytime talk space, and there will never be another show like it.