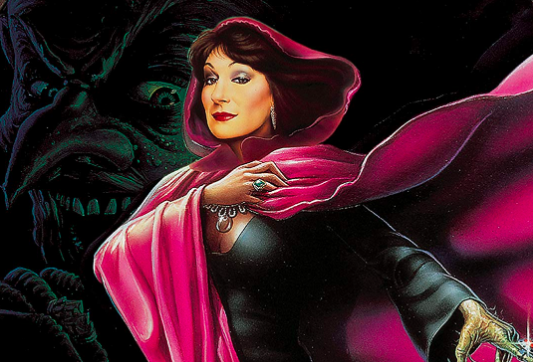 One of the best films of my childhood is the movie The Witches, based on the Roald Dahl book of the same name.

As Halloween quickly approaches, I love to sit and reminisce of a time when I was an active trick-or-treater that consumed tons of candy and loved dressing up in campy costumes during an evening of high confectionary consumption and things that go bump in the night.

As a movie geek, I also like to think about favorite movies of the past that still resonate with me to this day. A few days ago, the Hub network, known for highlighting all things nostalgia aired the 1990 film The Witches.

Have you ever seen a movie that you can watch incessantly and each time you watch it’s just as enjoyable as the first time? 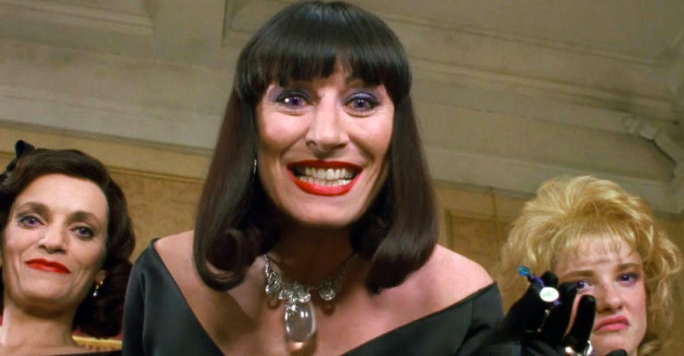 The Witches had that profound effect on me. The Witches stars Angelica Huston as the leader of a coven of witches in the United Kingdom for their annual meeting and fabricate themselves as the Royal Society for the Prevention of Cruelty to Children (RSPCC). The Grand High Witch (played by Huston) is also known as Eva Ernst who wears an impressive human disguise to push forward her agenda and blend in with mankind. All of the witches disguise themselves as human beings, and their true identity are hideous and horrid creatures with bald heads, zombie-skinned texture, squared toed feet, and eyes with an illuminating glow.

These witches are on a mission to turn every single child in England into a mouse! In order to pull this off, they create a magical potion that immediately changes children into small rodents, leaving them with only the ability to speak.

The witches have an innate skillset to detect children by their scent, which makes it easy to hunt them. The smell of a child to a witch is the equivalent of fresh doggie dung to the human senses. The younger and fresher the child (especially after a clean shower), the more foul and pungent the odor. Jasen Fisher plays Luke who is an inquisitive little boy that is fearless on his quest to stop the Grand High Witch. When his parents are killed in a tragic car accident, he is adopted by his grandmother who shares with him audacious tales about her childhood and personal experiences with witches. Her best friend Erica was captured by a witch and is forever trapped in an oil painting. 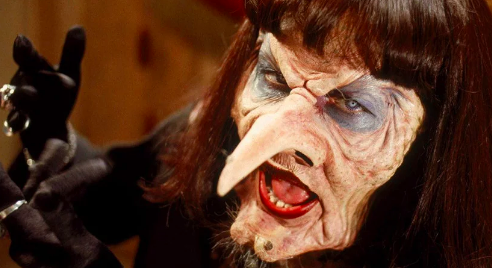 The film is an adaptation of the popular kid’s classic novel of the same name by author Roald Dahl.  The many puppets featured in the film are created by the legendary Jim Henson.  The late Jim Henson was also the executive producer and his famed Creature Shop provided several of the special effects in the film.

The Witches is a fun and delightful story with an impeccable British cast featuring the likes of Brenda Blethyn, Rowan Atkinson and Mai Zetterling. It’s a comedy and certainly kid-friendly, but very much in alignment with the spirit of Halloween, which is why it’s a classic worth celebrating this upcoming holiday.

Here is a movie trailer below of the 1990 film: