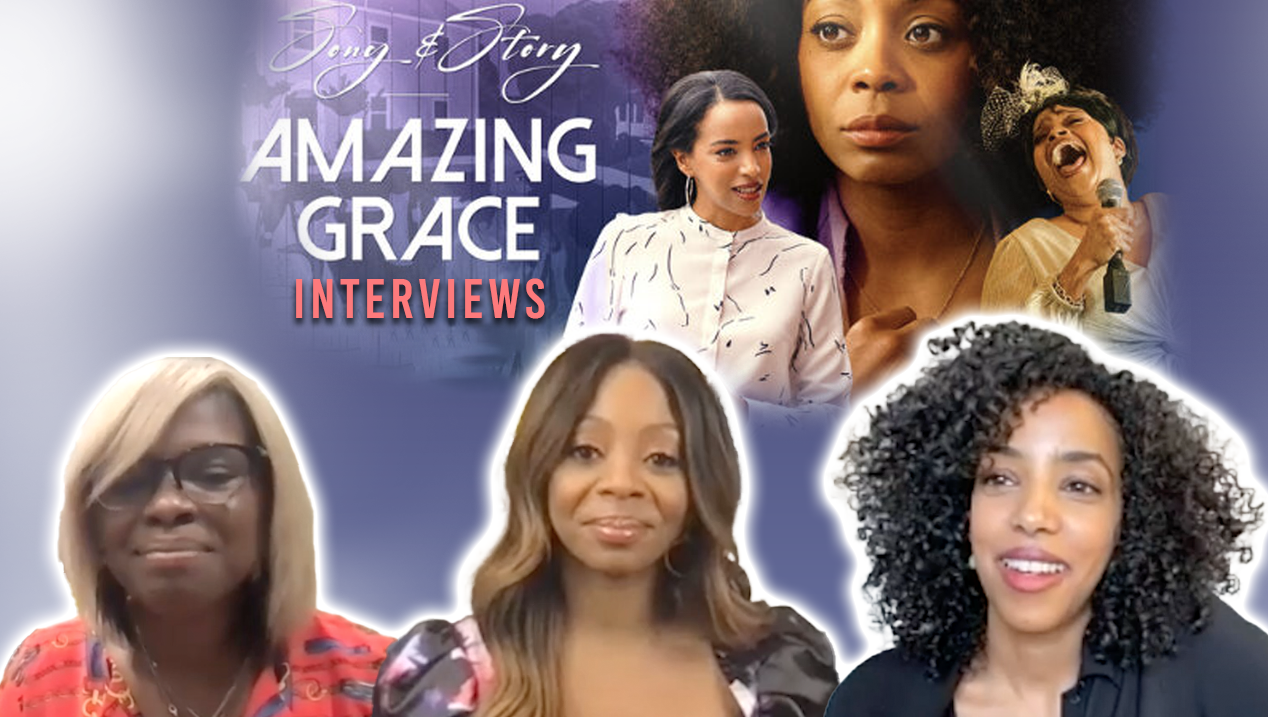 BGN interviews the team behind the OWN TV original film Song and Story: Amazing Grace.

“Song & Story” is a new collection of movies inspired by seminal songs known as anthems for womanhood. Iconic songs and lyrics will lay the creative foundation for these original movies filled with uplifting stories of women on their spiritual journeys to emotional triumph. The first in the series, Song & Story: Amazing Grace, shines a light on the themes of challenge and triumph that ring true in the hymn. The story centers on Tanner, portrayed by Webb, a talented artist battling tremendous obstacles who forms an unlikely friendship with Iris, portrayed by Berhe, an optimistic store owner who guides Tanner towards the forgiveness of a painful past to unlock the strength she holds within herself.

The two women will find out that their paths are intertwined, and a surprising connection is revealed. The “Song & Story” collection of movies is executive produced by Dr. Holly Carter and Relevé Entertainment, an All3Media America company and the team behind OWN’s recent Gospel holiday specials Our OWN Christmas‘ and Our OWN Easter, as well as last year’s hit television movie The Clark Sisters: First Ladies of Gospel.

Bresha Webb: From ‘Love That Girl’ and ‘Marlon’ to IFC’s ‘Sherman’s Showcase’