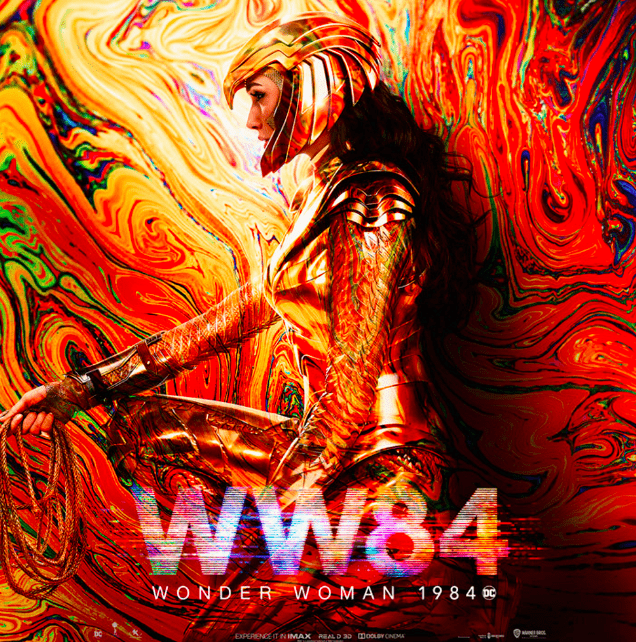 DC FanDome introduced us to their one-of-a-kind virtual experience featuring some of the major characters from the DC Universe. The event kicked off with a cool introduction from fellow Black Girl Nerd, Aisha Tyler. DC FanDome truly is a global event and features moderators from all around the world. It’s a free and cool way to see the DC content we would have seen at Comic-Con in San Diego.

The first panel of the day was for Wonder Woman 1984. It included the film’s stars Gal Gadot, Chris Pine, Kristen Wiig, and Pedro Pascal. Also in attendance was director/co-writer/producer Patty Jenkins. The panel was moderated by Brazilian hosts Érico Borgo and Aline Diniz. Wonder Woman 1984 is Warner Bros. Pictures’ follow up to the DC heroine’s first outing — 2017’s record-breaking Wonder Woman — which took in $822 million at the worldwide box office. The new film fast forwards to the 1980s as Wonder Woman’s next big-screen adventure finds her facing two new villains: Max Lord and The Cheetah.

To celebrate fans and the film, the panel answered questions from fans all around the world, showcased some amazing fan art and cosplays, and revealed an all-new sneak peek at the upcoming Wonder Woman 1984. The panel was excited to be in attendance. “What an incredible way to engage with the fans,” said Jenkins.

Fans have been waiting for Wonder Woman 1984. While fingers are crossed for the release date in October, Jenkins had this to say about the film: “I think the movie is so great on the big screen. We all worked so hard to bring something that would be a big visual, spectacular, great time. So we’re going to stick it out. We believe in putting it in the cinema, but I can’t wait for you all to see more today and I can’t wait for the movie to come out soon.”

While we wait with anticipation it’s nice to see the creative ways the Wonder Woman 1984 cast is communicating with their fans. “This is a great opportunity for us to say hello and to thank them and to share something from the movie,” said Gadot.

Some of the questions fans had for the panel included interest in costumes for the period, funny behind-the-scenes stories, and memorable moments on set. There were even special guests including Venus Williams, who is a big fan of Wonder Woman, and Lynda Carter, the original Wonder Woman.

When Carter came on, the panel lost it. “We talk and think about you all the time,” said Jenkins. Carter expressed her admiration and gratitude for Jenkins and Gadot for bringing Wonder Woman back in a fantastic way. “I told you, we aren’t here to reinvent Wonder Woman,” said Jenkins. “We just hope to take the torch and pass it forward.” It was clear Gadot and Carter have a special connection. “You are a true-life Wonder Woman, and I couldn’t be more grateful to have your guidance and be able to call you ‘Momma Bear.’ Now, this thing is whole because you are here,” said Gadot.

Jenkins: When we did the last movie in 1917/1918, it was an interesting process where you both have to acclimate yourself to the period, make it very normal to yourself, and then make things look the way you want them to look within that context. Diana always has great taste and always looks elegant. Gal and I had an amazing time finding the most elegant but really grounded things, and Kristen and I had such a great time going back in our memory remembering what a character like that would dress like and the details of it.

Pascal: Lindy Hemming [costume designer for Wonder Woman 1984] is kind of a genius. The way that she started to show me, in my experience, these horrifying power suits from the 1980s, I was like there’s just no way. I’m going to look like a fool in this ’80s stuff. She was able to make something so animated and specific, and feel and be completely stylish, and feel like a million dollars and serve the purpose of what it was. I was in awe of all of our image boards and how she collaborated. It was incredible.

Funny behind the scenes moments…

Gadot: We had such an amazing time. We got lucky that we all have such great chemistry and we all adore and love each other.

Jenkins: The thing about the shoot was, you guys were so delightful to be on set, and then everybody became super great friends. I would have to stay in and work, and you guys would be off having a good time. I’m trying to pay attention to the camera, and you’re coming back with music videos, and everybody’s laughing so hard. I mean, that was the most unusual thing to me.

Steve Trevor being a fish out of water in the 80s…

Pine: It’s that interesting curiosity. It was kind of like a good lesson for me as a human to remind myself to open up and not be so cool, not to be so over everything. My job again is to be in love with Gal, which is not a hard gig, and try to make her giggle, which is always fun.

Jenkins: He does so much more than that, but I like that you sum it up that way.

Most memorable moment on set…

Wiig: When Gal and I were fighting, well, I mean, the characters were fighting, and we were practicing this stunt, we got it down and it was great. It was going really well. And then she grabbed my hair and the wig just came right off. It got stuck in her gun. I don’t know if we were tired, but we laughed so hard.

Pine: Mine was in Washington D.C., the fact that we’d shut down all of Pennsylvania Avenue to make this huge film. The little eight-year-old kid in you can’t believe that you’re doing what you’re doing, and that you get the privilege of doing it. It feels like a dream in some kind of way like you’re stepping into the fantasy of playing make-believe on this scale, in all the films that you ever wanted to be in as a kid. That was a pretty special moment I think.