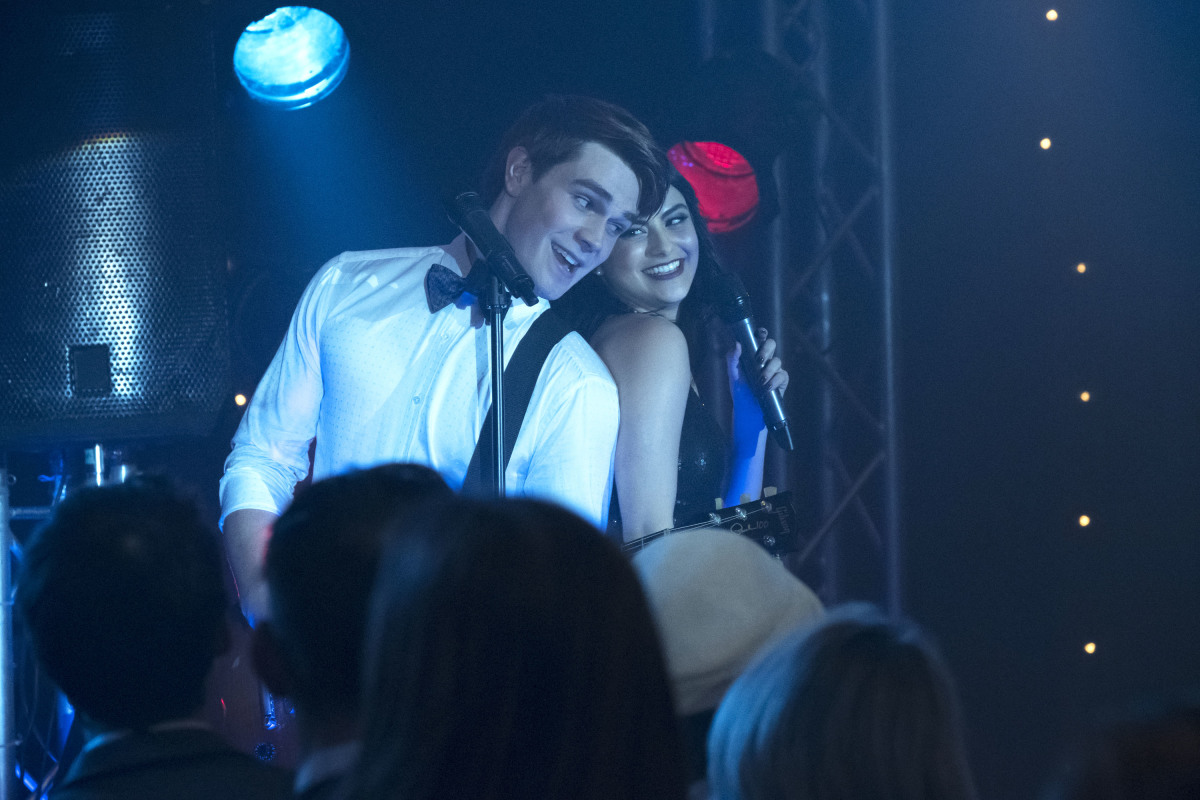 As much as Riverdale’s above-18 crowd annoys me, I will admit to greatly enjoying Molly Ringwald as Mary Andrews. First of all, she’s super pretty and has more facial expressions than the perpetually pained/constantly confused Fred. Second, she’s not as confusing as Hermione. And third, she looks at Alice with the exact amount of disdain that she deserves. This perfect person clearly had to leave Riverdale. Maybe leaving is what made her so good.

Though Mary’s appearance looked like a sign of more unwanted parental angst, it does the exact opposite (at least until next week). She’s totally cool with Fred. She’s even cool with him and Hermione, inviting her soon-to-be-ex’s girlfriend to the Homecoming dance with them because she doesn’t give a damn what Fred Andrews is doing (neither do I, Mary!). She’s only in town to ask Archie to come live with her. He definitely won’t (at least not permanently), and Mary’s visit will likely be brief, but I’m going to enjoy her while I can. Or at least until we find out she’s the one who killed Jason which would be grand because as of right now, I don’t really care who did it.

I want to know who did it, but at this point, I’m not convinced it’ll be a very satisfying reveal. All the obvious suspects seem too obvious to actually be guilty, and the other options are just meh. But since I’m watching this show and not living in it, I can see why everyone latches onto FP this week. Everyone except Jughead and Betty that is. Jughead, who is of course biased, doesn’t think his dad is a killer. And Betty, biased about Jughead, doesn’t think Jughead’s biased so there’s no reason for anyone to investigate to see if FP killed Jason for Hiram.

Enter Veronica, determined to find something to definitively prove Hiram’s guilt. Or his innocence, but it would probably be easier for Hiram to be guilty. If he’s bad enough to steal money from people, surely he’s also capable of murder. And if he is behind Jason’s death that means Veronica won’t have to welcome him home and play at dutiful daughter for a father who threatened to take down her mom if Veronica didn’t fall in line. (I’m taking this moment to announce that Hiram will probably end up dead at some point. Just saying).

Breaking into FP’s trailer is probably not the best move, and it’s especially bad once Archie and Veronica decide Betty and Jughead can’t find out. Flash forward a few minutes, and they both find out. With Betty and Jughead’s tendency to react super emotionally to things (like Jughead’s cringey “I’m weird” speech and Betty nearly drowning Chuck in a hot tub that one time), I’m sure someone could have foreseen their response, but whatever. Betty says she’s never speaking to Veronica and Archie again, and Jughead storms out because Betty didn’t warn him. It doesn’t matter since all these people will be back on speaking terms next week as they try to figure out who planted the gun that got FP arrested for Jason’s murder. Framing FP aside, one of Riverdale’s strengths is its ability to capture teen angst. Everything is heightened, and everything feels like life or death. And in Riverdale, things actually are life and death. Or at least life and imprisonment.

For everyone except Archie, who’s really just along for the ride. Thus far, Riverdale’s done a good job making things personal for everyone else, but Archie’s multiple degrees of separation can’t stack up. Of course, he’s friends with everyone, so their problems become his problems, but that’s so tepid in comparison that I kinda hope Mary or Fred killed Jason (some theories speculate Archie did it). While Riverdale deserves some credit for creating such a boringly typical high school boy, that only gets you so far. It’s hard to care about music and amicably divorcing parents when Penelope Blossom is drugging Polly with her daily milkshake.

Poor Polly, she’s really out of her element in Thornhill sucking down those milkshakes (what even?) without checking what’s in them. Maybe this is the first time Penelope’s used that milkshake to slip her something, but who knows? Definitely not Polly who apparently hasn’t been paying attention. I don’t know exactly how long she’s been at Thornhill, but if all she’s managed to learn is that Cliff has gone gray and now wears wigs (“one for every mood”), it’s time to go home. It’s especially time to go home when she and Cheryl stumble upon the Blossom family ring, mysteriously back in Penelope’s possession. This is of course totally suspicious, and if you ask the Blossoms, a totally acceptable reason to drug a pregnant teenage girl.

I feel bad that I keep saying “the Blossoms” because Cheryl’s got it way more together than her parents. (And Polly for that matter). Though she’s quick to shut Polly down when she suggests Penelope and Cliff are guilty, she’s not convinced. She lies about flushing the ring and pretends to believe their story about how they got it back. She probably would have believed them if Cliff hadn’t gone overboard telling Cheryl it was a mistake not to groom her to take over the business. Amateurs.