Taika Waititi is the visionary director that Marvel needed to bring a new and better Thor to fans. As with most of the Marvel properties, it is not necessary to see the previous films to enjoy Thor:Ragnarok. This is a good thing because Thor has consistently been considered the weak link of the Avengers. Not so anymore.

Thor:Ragnarok gives us Thor, (Chris Hemsworth) stripped of most of his identifying markers. They let him keep the abs, but, he is now without his trusty hammer. His long golden locks have been forcibly shaved from his head. The endless childlike joviality that made him the heart of the Avengers has been subdued. Thor has been forced to grow up.

The complications are met with the “can do” attitude fans have come to know and love. This level of jest is perfectly suited to Waititi, who blends his love of dry humor with an epic soundtrack of 80’s hair metal. The shredding guitars, fluorescent colors, and larger than life visuals are a perfect blend of Guardians of the Galaxy and something distinctly new.

If you’ve been obsessing over the Black Panther trailer, you may have noticed that Marvel Studios is pushing the visual boundaries of their film. No longer is realism the goal. It is like a comic book come to life.

The aliens, hell-raising creatures, and even Cate Blanchett’s Hela have moments that aren’t trying to convince the audience that what they’re watching is real life. Most notably, Hela’s helmet to hair transformations happens on screen. There’s no attempt to bring her hair into the antler crown she wears. There is simply hair and then no hair.

This departure from reality and the embrace of the artistic expression make the debut of Valkyrie all the sweeter. I cried during Wonder Woman. Despite the lack of distinct roles for women of color, I was thrilled to see women in functional armor fighting on beaches and running their own country. I promise it doesn’t hold a candle to the moment Valkyrie suits up.

Tessa Thompson is having the time of her life as she drunkenly flies spaceships and captures handsome men. Despite her petite stature, Thompson manages to make herself a respected threat. Not so easy to do next to a 250-pound hunk of muscle. When she fights, it is both graceful and articulated. Each swing of her sword is pointed and dedicated. Yet, she also looks great behind a Gatling gun. She is a multifaceted, flawed, powerful, struggling and a human hero. It’s inspiring.

However, it is the bromance Valkyrie shares with the Hulk, (Mark Ruffalo) that steals the show. The chemistry between the trio works better than any other grouping of supers thus far put on the big screen. The Guardians are great but they do not feel like a team. Tony and the Captain are dynamic together, but their relationship is built on opposite ideologies. It is only a matter of time before they’re at each other’s throats again. Hawkeye and Black Widow have an odd sexual tension that is predictable and slow. The only other great relationship in the series is the mentor-mentee relationship between Spider-Man and Iron Man.

Valkyrie, Hulk, and Thor are partners on an even playing field. Each brings a tactical advantage to the fight. They are clearly fighting for the same things. Even when they’re at each other’s throats they do it to push one another to greater heights. In other words, they are a real team. Unlike the Guardians, who are many in number, this singularly focused feature, is tightly packed to tell a Planet of the Apes style adventure in space.

There are a ton of great things to say about the film. There are also some issues. The first five minutes is so unbearably predictable it might have some viewers concerned that Waititi was restricted while directing his first major blockbuster. But fear not, the film quickly picks up steam. Thompson has one of the best introductions of a character (other than Deadpool in his self-titled film). Hela is a truly all-powerful villain. Blanchett plays Hela like a true goddess. The walk is killer and will strike fear in the hearts of many. Most exciting, Idris Elba’s Heimdall, is finally given something to do. 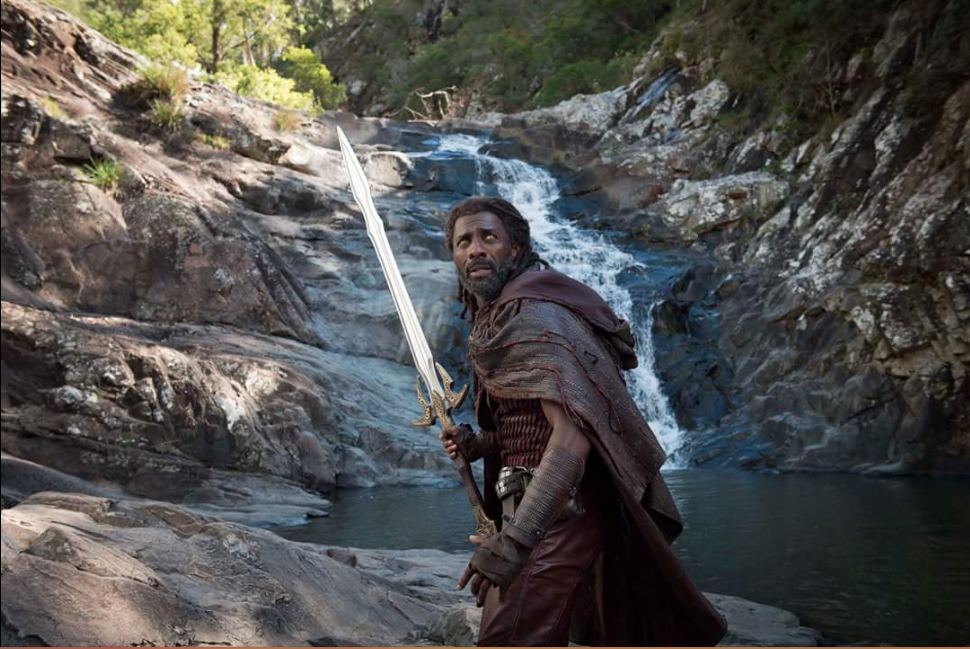 Thor:Ragnarok will leave you cheering for more. As always, remember to stay for the after credit scenes at the end. There are two. I look forward to talking to you all about it on the internet when Thor:Ragnarok hits theaters on November 2, 2017.