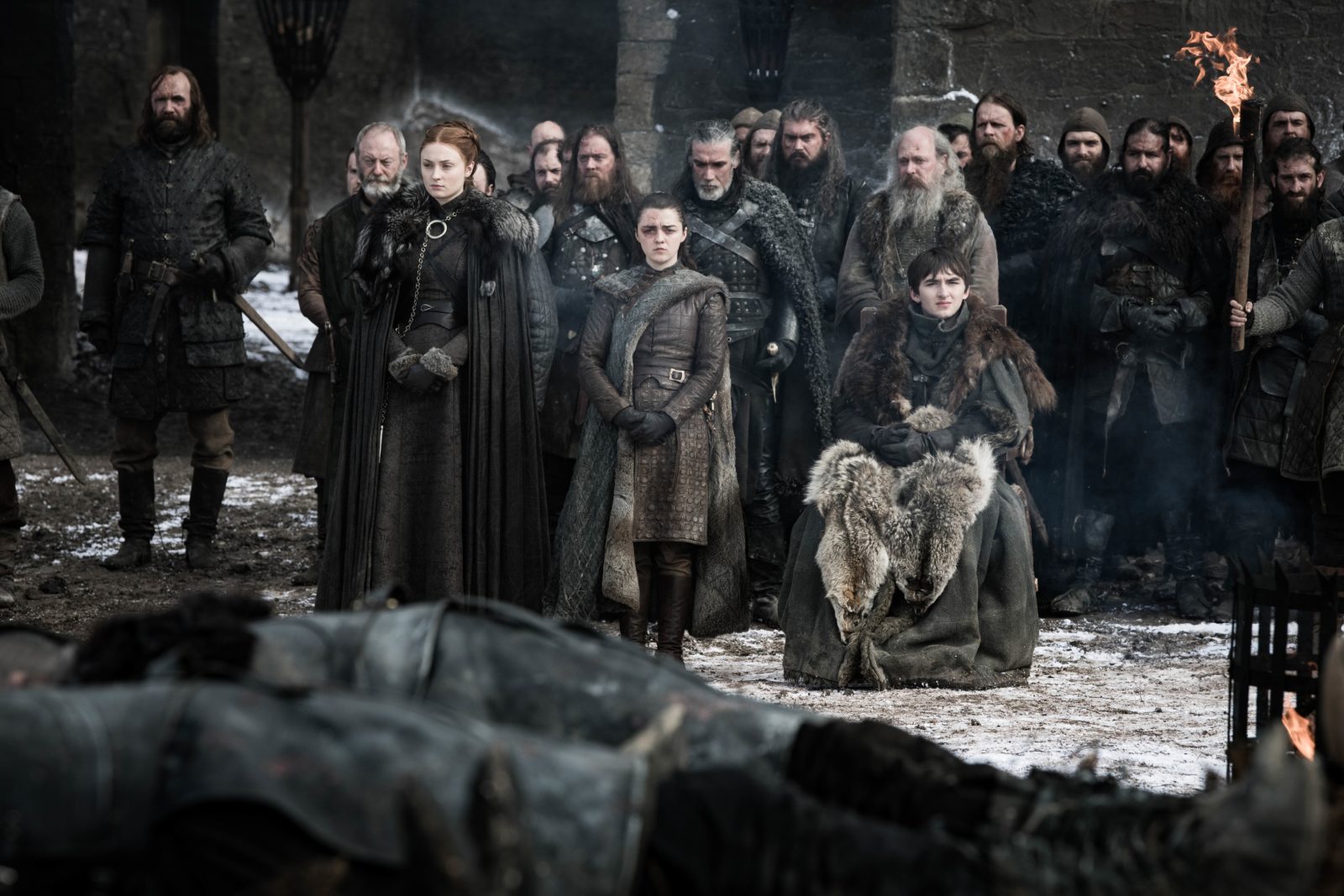 We’re only a few weeks until the end of Game of Thrones.

The internet did it once again by leaking yet another episode of Game Of Thrones just hours before the premiere. It’s your best bet to stay off of social media if you wish to avoid spoilers because this leak revealed the death of a significant character.  Yikes! Last week was an emotional rollercoaster and tonight took us off the track!

Let’s now dig into what happened in tonight’s episode:

The episode begins with a forlorn look at the aftermath of last week’s episode. The bodies of Jorah, Lyanna, Theon, Edd, Beric and others who lost their lives to the Night King and the Wights. Their bodies are burned and everyone pays their last respects.

The episode lightens up with a celebration and drinking games ensue. Dany begins to interrogate Gendry, asking about his lineage to the former King Robert Baratheon and decides to name Gendry Lord of Storm’s End.

Gendry is humbled and honored and even tells his new boo Arya that he’s not quite prepared for the position. Gendry explicitly tells Arya he loves her and he proposes to Arya and asks her to be the Lady of Storm’s End, to which Arya replies “that’s not me”.

Speaking of positions, apparently, the post-traumatic stress mixed with intoxicating spirits has everyone ready to do the horizontal mambo. Tormund manages to find a girl interested in bedding him as well as Podrick — which doesn’t come as a surprise. 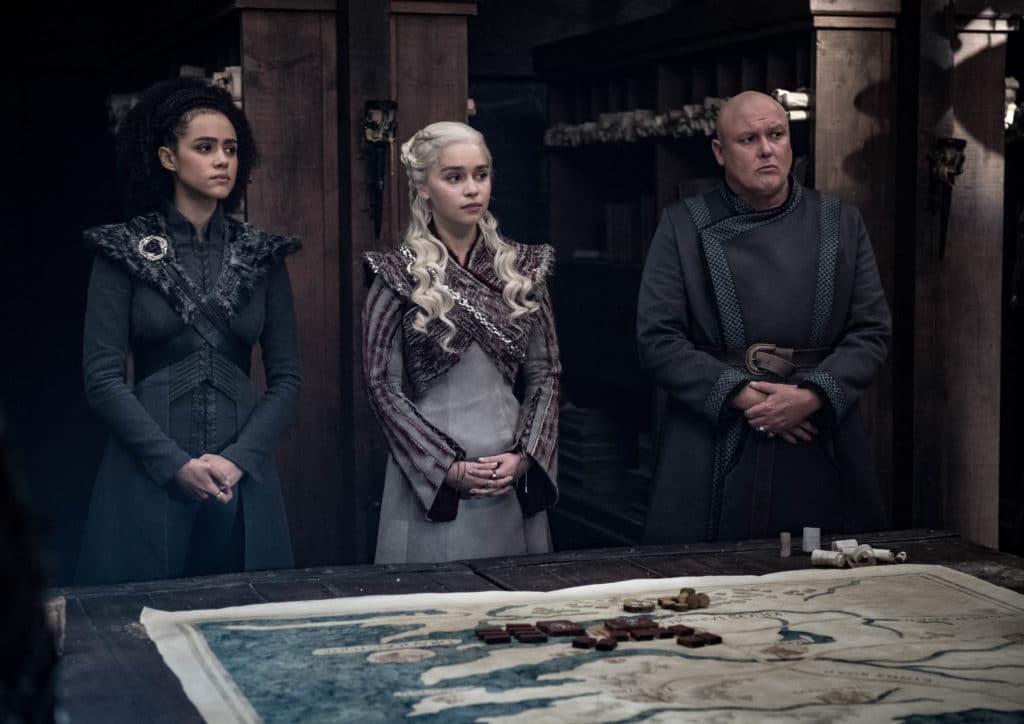 During pleasantries and conversation, it’s revealed that Brienne is a virgin. Tyrion even shames her for it, and Brienne leaves the gathering to be alone. Shortly thereafter, Jaime meets with Brienne and the two engage in coital bliss. Jamie tells Brienne “I’ve never slept with a Knight before,” and Brienne tells Jaime “I’ve never slept with anyone before.” In a moment very reminiscent of the nerdy Mare Winningham’s Wendy losing her virginity to bad boy Billy played by Rob Lowe in St. Elmos Fire.

Hound and Sansa (his little bird) have a moment and we are reminded how much of a heart Sandor Clegane has.

Jon Snow reveals to Arya, Sansa and Bran about tells his true lineage back at the Godswood. Sansa doesn’t know how to keep a secret, because shortly thereafter she immediately tells Tyrion, who in turn, tells Varys. So basically all of Winterfell and King’s Landing will soon know. 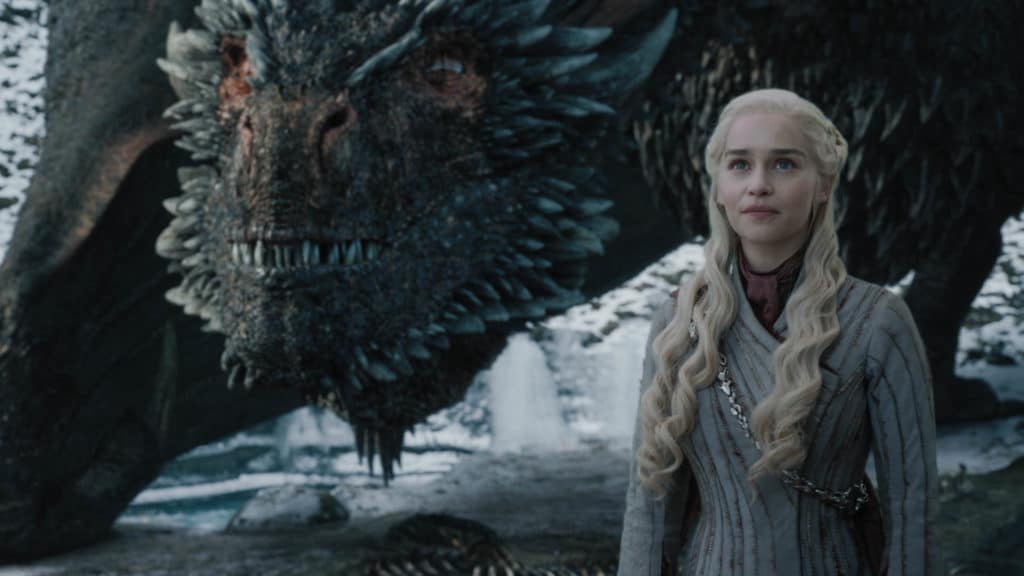 Bronn shows up with the bow that Tyrion used to kill Tywin and is on his mission from Cersei. He manages to corner both Jaime and Tyrion in a room together and explains the offer he received from Cersei. Tyrion offers to double it by offering Highgarden to him, and Bronn proves once again his loyalty can be bought for the right price.

Tormund tells Jon Snow that the women of the North don’t like him, which in my opinion is the writers’ way of alluding to the fact that he’s moved on from his infatuation with Brienne.

Ghost is sent away from the North which is weird because he’s a Direwolf and belongs in the North with the Starks.

Varys and Tyrion alone together begin discussing their loyalties and Varys has made it up in his mind that Jon would be more suitable to rule on the iron throne as opposed to Dany. Tyrion is uncomfortable at this discussion and makes it clear his loyalties lie with the Queen.

Jaime and Brienne have a brief conversation about Cersei and she begs Jaime to stay with her in Winterfell. Sadly Jaime tells Brienne that he has always been there for Cersei and fought for her. The writing is on the wall that although Jaime leaves Brienne, it’s not because he’s no longer interested in her, it is because he does have a settle to score with Cersei, which in all likelihood would mean he will end her — if the prophecy is fulfilled that is. 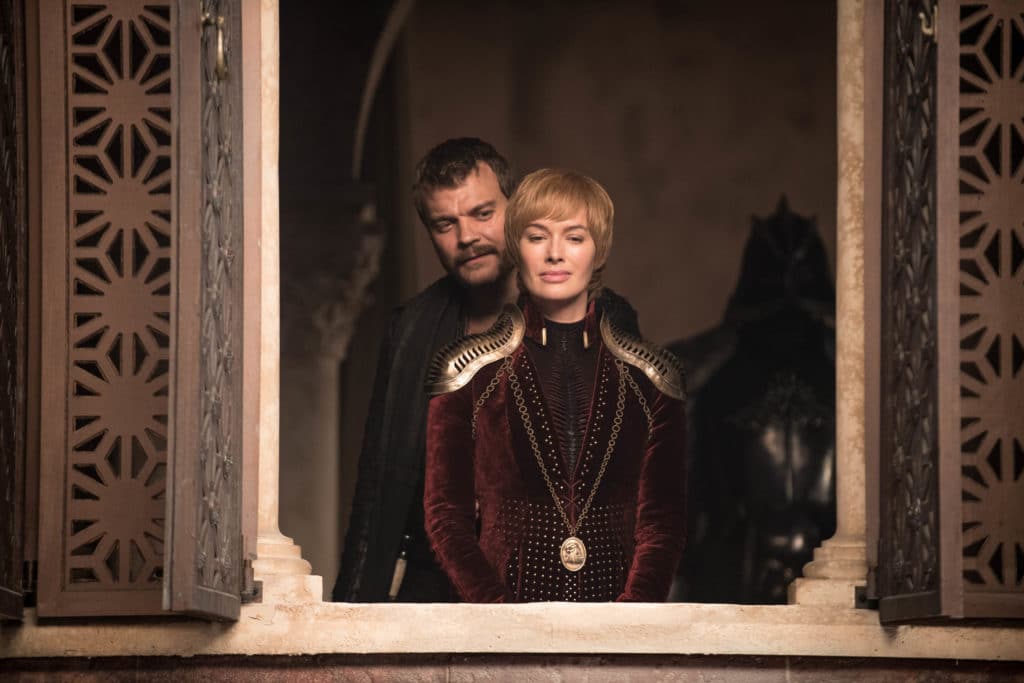 Missandei is taken captive by Cersei’s army and Greyworm shouts out to his love concerned of her whereabouts. In a final scene between Tyrion and Cersei as Missandei stands on top of the castle of King’s Landing, hands bound it is clear she is going to be sacrificed to send a message to the Queen. Tyrion tries his hardest to soften Cersei, using her unborn child as an opportunity to change Cersei’s mind. However, it is not enough to stop the wrath of this evil queen and she instructs Missandei to say her final words.

Missandei was loyal to her very end with her last word being “Dracarys” and she is beheaded by The Mountain.

Greyworm is distraught and Dany is furious.

This was a tough episode for Greyworm/Missandei fans and it just goes to show no one is exempt from a tragic death on this series.

Stay tuned for our breakdown of episode 4 of the #ThronesYall Recap Show this week and we will catch you next Sunday to live-tweet episode 5!