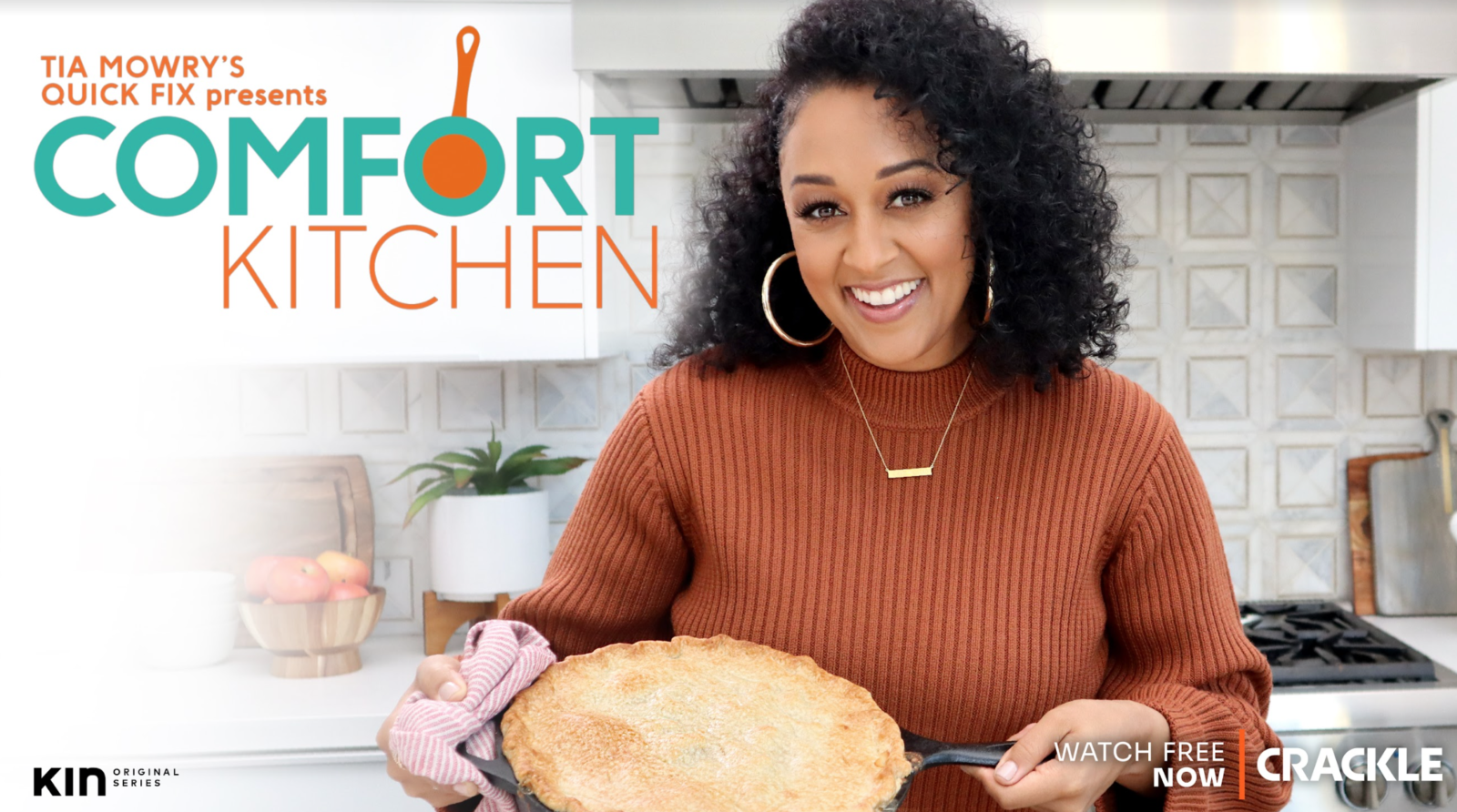 Chicken Soup for the Soul Entertainment company announced today the new season of Comfort Kitchen, hosted by Tia Mowry (Netflix’s Family Reunion) and created by entertainment company Kin. The new season will premiere this summer exclusively on the Chicken Soup for the Soul streaming service with two episodes on May 5th and subsequent episodes released weekly thereafter. The six-episode series will take viewers into Mowry’s kitchen, teaching them to make all her favorite home-cooked recipes, with celebrity guests pitching in to chop, stir, taste, and laugh.

“Tia’s fans who know her from her many series over the years will love Comfort Kitchen,” said Jeff Meier, head of programming for Crackle, “Tia is just as engaging being herself in the kitchen as she is in any of her famous roles. Her enthusiasm for cooking is a delight to watch – and with the mouth-watering recipes and famous guests, Comfort Kitchen is sure to be your new favorite cooking show.”

Shani Black, head of programming for Kin, said, “Chicken Soup for the Soul is the perfect home for Comfort Kitchen. We are excited for Tia’s fans, new and old, to experience Tia whipping up good food and laughing with her friends and family on a platform that encourages its viewers to savor life.”

Multi-talented actress, producer, author and entrepreneur Tia Mowry has had a career spanning three decades after becoming a pop culture icon starring in the hit sitcom Sister, Sister. She has acted in and produced various TV shows and movies and currently stars in hit Netflix series Family Reunion, which won an NAACP Image Award for Outstanding Children’s Program. She recently released her second cookbook, The Quick Fix Kitchen. She is repped by UTA, Vault Entertainment, and Felker Toczek Suddleson Abramson McGinnis Ryan.