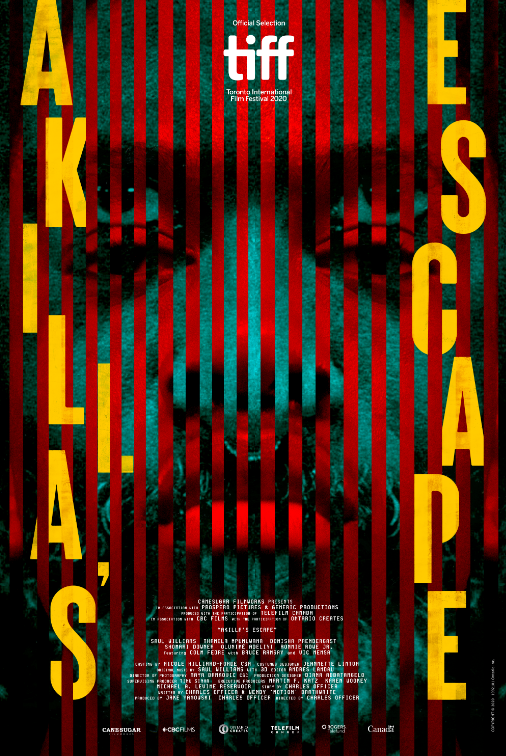 Akilla’s Escape is a moving and powerful dramatic film directed by Charles Officer. His unique storytelling is carried out in a non-linear fashion that explores the journey of one man, Akilla, as he escapes the chains of drug and violence to become a free man.

The theme of the narrative is how violence does not solve the problems that are created. The only thing that violence does is allow for more violence to occur. The hatred and anger that has developed only leads to unhappiness and loss and even hurts those who are caught in the crossfire. Akilla’s Escape is a vivid portrayal of a film that illustrates the power of breaking a harmful cycle.

The film follows the main protagonist Akilla (Saul Williams) as his journey of drug dealing comes to an end and his escape begins. Akilla is first introduced as a kid, Young Akilla (Thamela Mpumlawana), whose with his mother Thetis (Olunike Adeliyi) are both under the care of a drug leader Clinton (Ronnie Rowe Jr.). Clinton is a hardened man who proves to not only be violent towards Akilla’s mother but is also the catalyst for Akilla joining the drug trade. Young Akilla is a keen intellectual that can recite passages from The Art of War and the Iliad at the right moment to deliver a powerful message. He takes his knowledge and the teachings of his father with him and proves to be as sharp as ever when facing challenging obstacles.

The narrative jumps to Akilla from his younger years to him as a grown man who is still involved in the distribution of drugs. When Akilla is trapped in the middle of a drug raid by a competing gang, he comes face-to-face with a young man named Sheppard (Thamela Mpumlawana, who plays both Sheppard and Young Akilla). Akilla disarms and knocks Sheppard unconscious. During their interactions, Akilla sees something familiar in Sheppard. They were both young and inexperienced when they joined the drug dealing world, and Akilla believes Sheppard is going down a perilous road that there may not be an escape from.

Through his investigation, Akilla comes across Faye (Donisha Rita-Claire Prendergast) who is Sheppard’s aunt. It is here that Akilla seems to understand that the same political and violent acts that led him down the warpath that he is on is also leading Sheppard down a similar track. Yet another cycle is being continued right in front of his eyes. But Akilla has matured and aged over the years and has the benefit of wisdom and empathy, which galvanizes the storyline and allows him to attempt to break the pattern that he once experienced.

Akilla’s Escape is not your typical “drug dealer” film but is instead a learned man’s journey from the darkness of drug dealing to the light of saving those in need. The film is filled with beautiful literary phrases, and references from the Iliad. Akilla’s Escape borrows the name Akilla from Homer’s Iliad, Achilles, as well as his mother’s name Thetis. This scholarly tone is experienced in other areas of the film, of the many interesting scenes, one is a profoundly radiant recitation of the Iliad when Young Akilla is facing death. Young Akilla is facing down the barrel of a gun. In these moments, he says, “If a man’s hour has come, be he brave or be he coward, there is no escape for him when he has once been born.” It is moments like these that push this film past the typical and into the notable.

The theme that began with Young Akilla wanting revenge for the harm that was committed to his mother at the hands of his father deepens with every action. But once it is served, he finds that sense of vengeance for his pain only brought destruction. His actions led him down a series of events that perpetuated the destructive cycle. His thirst for revenge forced him to flee his home and discover a new world, but one similar to the one he left behind, full of drugs and pain. Akilla’s vengeance did not bring him solace for the pain that he endured, but only brought him more hurt and loneliness. When Akilla meets Sheppard and his aunt Faye, he understands that he has found another who was destined to repeat the same damaging cycle, unless the cycle can be broken.

Akilla’s Escape is a passionate plea that explores ideas of violence, revenge, pain, and loneliness through their outstanding cast and performances. Akilla’s Escape begins and ends with the same message, that violence begets only violence. This production investigates the concept that death and violence do not bring about the change that is needed.

The chain of events that repeat themselves can be broken when you set down your weapons and decide to be the change that is needed. Despite who created the cycle, it is possible to break free from it and live a more peaceful existence.

Akilla’s Escape made its premiere at the 2020 Toronto International Film Festival.