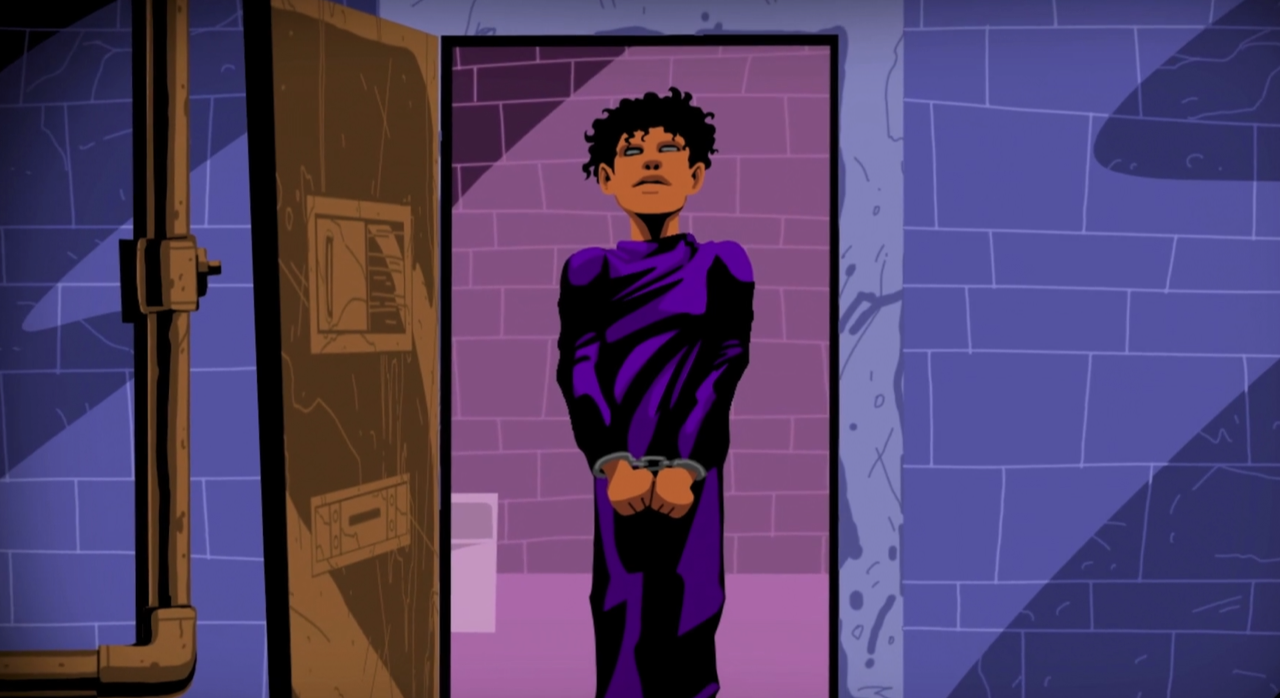 As a young man, Standing Buffalo broke the law and was placed behind bars. This animated movie delves into how his imprisonment never stopped his aspirations from extending far beyond his limitations. Standing Buffalo invites audiences into a world of crime and redemption, galactic sci-fi action, and finally, art as a means of healing.

RKLSS redefines redemption in many inspiring ways, as it reminds viewers that no matter the faults of the past, nature, and humanity will always be interconnected. Drawing from his Indigenous roots, Standing Buffalo echoes themes of interconnectedness as a reminder that we aren’t tethered to our physical locations and that our dreams can resonate with all of the life on this Earth, and beyond.

RKLSS captures the complexities that exist within the human condition as well, as most people are seldom only good or bad, but rather, intersections of many dynamic emotions and actions.

The film’s inspiring message is only a piece of the bigger story that Standing Buffalo tells. The ending credits of the film share that it was funded by the Canada Learning Bond Program. This program is designed to provide financial support for those with low income to receive an education after high school at a variety of trade schools, colleges, universities, and more.

The credits go on to share that there’s free money for post-secondary education for those living in Canada at CANADA.CA.

This is Standing Buffalo’s way of sharing not only his art, through film, but also pathways for others that aspire to pursue a variety of passions and interests without worrying about funds.

Although the film doesn’t explicitly express this, it seems very clear that the main animated character, made to reflect Standing Buffalo’s experiences, loved to draw far more than he had interest in breaking the law. However, for low-income people of color, there are often limited pathways to accessible education and resources, as well as emotional struggles with multigenerational trauma. Violence and crime can sometimes feel like the only way to have agency in a world that has divided so many people by haves and have=nots.

Standing Buffalo does an amazing job expressing the pain and fear that come from feeling both emotionally and physically isolated. Already othered by society as a criminal in the film, Standing Buffalo faces isolation and loneliness.

The drawing and animation scenes with monsters are probably what makes this film stand out the most. Standing Buffalo’s use of monstrosity as it relates to humanity is very powerful. It reflects the way that society deems as monsters lawbreakers and those with certain backgrounds. It also reflects the internal conflicts within us as epic sci-fi monster battles where they’re in space throwing planets at each other.

There was something very anime-like about it, almost like Dragon Ball Z. It truly highlighted how people struggle with their own inner demons and are often at war with themselves.

While not everyone can say that their internal conflicts go down as such epic melees, one thing is for sure, Standing Buffalo knows how to portray emotional cognitive dissonance within his work. He also reflects how for most people, and many cultures, being able to connect with nature is extremely important.

The symbolism of a tree was truly centering and grounding for viewers, as it placed many people outside of themselves. Standing Buffalo extended the notion that a jail cell can only be a prison if someone lets it be. His reflection of expansive consciousness to achieve peace and healing is beautiful.

There is a stigma that often ascribes punishment to imprisonment. However, Standing Buffalo brings his character’s experience into the light of redemption. In Standing Buffalo’s world, the mind is endless, the possibilities are unlimited, and the visceral pain is temporary. The film doesn’t seem to be asking people to discount their pain, but rather, to accept it in order to move past it.

The tree is what can be found in the wood and Earth that built the prison. It connects to the roots and reminds the main character that he is never without meaning or connection. The ecological connection is balanced with the film’s sci-fi elements very nicely, as there are so many examples of the options for living, life being infinite.

This film truly comes when people need it, as prison populations continue to be discarded and forgotten. People forget that there are people who did what they did in order to survive and that those people are not homogenously evil.

Everyone living behind bars has a story that doesn’t just read “thug.” Like Standing Buffalo, some are artists, dreamers, and those that dream of changing the narratives of their stories.

When it comes to prison sentences and jail times, many people of color are treated even more severely than their white counterparts, and Standing Buffalo successful portrays that reality.

Standing Buffalo himself recounted that time in his life in a press release from the production company. “At the time, I didn’t realize I was being tortured. I thought that this was the way it was supposed to be; routine beatings by guards, fear tactics, and isolation were all part of being in segregation. Years later, upon reading about the long-term effects of prolonged segregation, which include depression and suicidal thoughts, I felt it was time to go back and figure out what happened to me. How have I survived when so many people I know have not? Friends depicted in the film died in solitary. Many of my past experiences make sense to me now that I understand what I was subjected to was not normal. I want to shine a light on my experience and, through my artistic expression, find some healing in what was a horrible time in my life.”

While it’s impossible to jump back into the past and rewrite the script, Standing Buffalo provides a new script and an encouraging film that reminds watchers that it’s never too late to animate a new and brighter future.