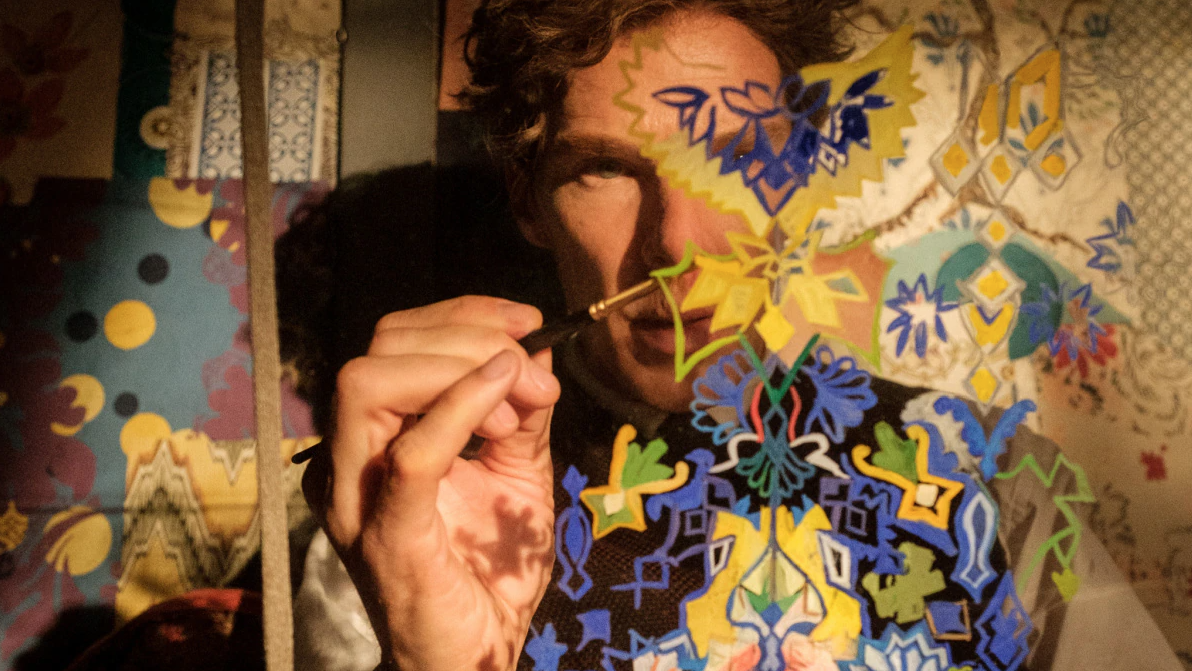 Cats haven’t always been darling house pets. Their purpose in Victorian England was to catch mice — 150 years ago, our favorite feline social media divas were considered to be just a higher level of vermin.

We can all thank eccentric British artist Louis Wain (in the film, played by Benedict Cumberbatch, Doctor Strange) for the popularity of having cats as four-legged members of our families today. Wain was famous for his popular drawings of anthropomorphized cats, and The Electrical Life of Louis Wain is an example of how film can entertain, touch our hearts, and raise our level of compassion and empathy through the craft of storytelling.

Louis’s father died when Louis was in his early 20s, leaving the young artist in charge of the financial present and future of his mother and six sisters. Louis was not well equipped to handle the responsibility of caring for his family. If it had been a world in which women were respected as equals, Louis’s sister Caroline (Andrea Riseborough) would have been permitted to manage the family and would have done it well. But the patriarchy of the late 19th and early 20th centuries required that the six sisters’ destiny depend on Louis himself making money to maintain their financial security and standing in society.

The film depicts Louis’s life changing for the better when Caroline hires Emily (Claire Foy, The Crown), a live-in governess, to educate the three youngest sisters. But Louis scandalously falls in love with Emily — an older woman from a different social class — and the feeling is mutual. Their relationship seals the Wain family’s fate.

The Electrical Life of Louis Wain was directed by Will Sharpe, winner of the 2019 BAFTA award for best supporting actor in a TV series, who also co-wrote the film with Simon Stephenson (Luca). Wain’s story is a celebration of outsiders. Super-talented creators often find the world to be too hard to deal with. Wain coped with his anxiety by keeping himself in constant motion. He jumped from career to career, definitely a “jack of all trades, master of none” kinda guy. Wain endured a tremendous amount of tragedy, which he transformed into art that the world fell in love with.

Every facet of this film is spectacular. The screenplay is divine. We immediately know who these people are and are invested in seeing everyone in this community find their joy. All kinds of challenges just pile on this poor family. Mental illness becomes apparent with several of the siblings, and the fact that none of this large group of sisters ever married, in a society that values only women who were essentially in servitude, clearly had a negative impact on them.

Yet the members of the family loved and cared for one another. The chemistry between Cumberbatch and Foy as their characters fall in love is sweet. Cumberbatch’s embodiment of Louis is brilliant. Cumberbatch changes his physicality and vocal tone, and the degree of tenderness and vulnerability he employs allows the audience to fall in love with Louis from the moment he walks his way through a crowded Victorian-era train filled with people and all kinds of farm animals.

In the TIFF festival screener before the film, director Sharpe said, “This film is a celebration of the spirit, a celebration of the outsider.” I agree. Wain was a troubled child bullied by the other kids because of his harelip and sensitive nature. He spent most of his time alone in nature comfortably nurturing his talent. So many creatives can relate to turning to art when we do not fit into society. The film makes space for joy amid so much sorrow, which is super-relatable to most of us these days.

The soundtrack is perfect. Sharpe’s brother Arthur composed the score. The music is an additional character in the movie. Sharpe uses the theremin, a lyrical electronic instrument, to add to the film’s whimsical nature. The glorious Olivia Coleman (Oscar winner for The Favourite) narrates the film beautifully.