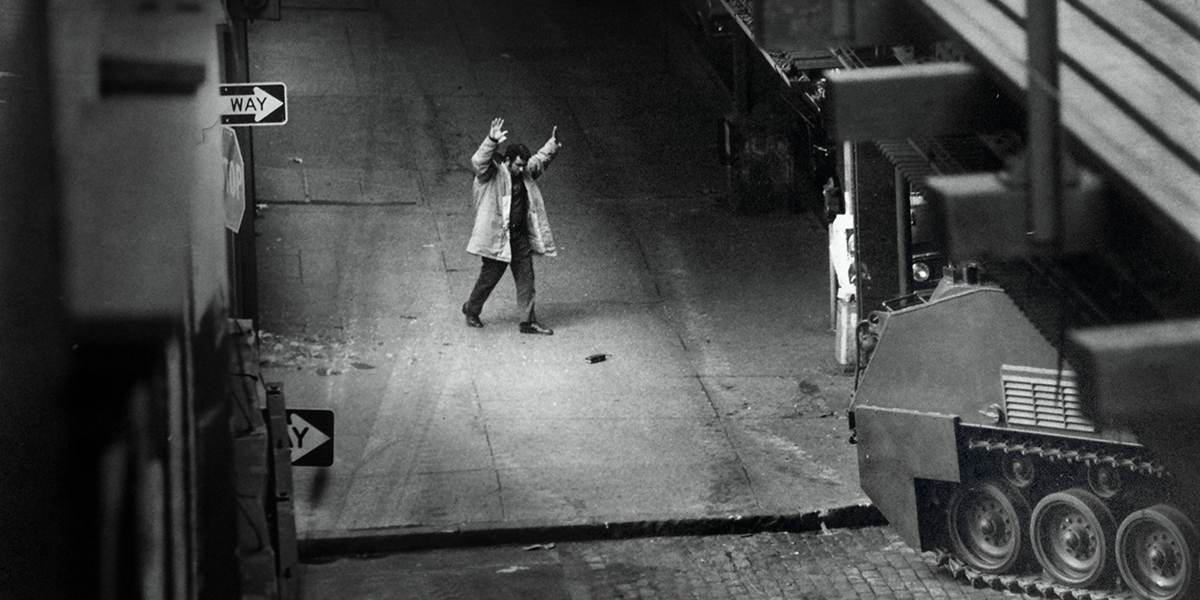 Forbes covers the various point of view of those involved — the gunmen, the hostages, and the New York Police Department (NYPD) — getting all sides of the story. Hold Your Fire also delves into unexpected topics like religion, guilt, forgiveness, and toxic masculinity.

In January 1973, John and Al’s Sporting Goods store in Williamsburg, Brooklyn, became the setting for the longest hostage crisis in NYPD history. Four Black men in their 20s, Shu’aib Rahim, Dawud Rahman, Yusef Abdallah Almussadig, and Salih Ali Abdullah, planned to steal firearms, but it wasn’t long before it escalated from a robbery to a hostage situation as police officers closed in on the store. A deadly shootout ensued, killing one officer, wounding two, and wounding one of the gunmen. In the store were 12 hostages — 11 customers and the shop owner. The siege lasted 47 hours.

NYPD officer and Freudian psychoanalyst Dr. Harvey Schlossberg played an integral role in bringing the situation to an end. He challenged the standard police procedure of threatening the hostage-takers with an ultimatum and then attacking with brute force. Instead, Dr. Schlossberg studied the psychology of criminals to deescalate these situations, believing that “everything is resolvable by talking.” This ultimately changed how the NYPD would handle hostage situations. He not only changed NYPD tactics but went on to train hostage negotiators all over the country, including in the FBI. “Out of this tragedy, amazingly, this is the birthplace of hostage negotiation,” says Captain Al Baker.

The interviews in the film are intense and, at times, highly emotional. Shu’aib Rahim, one of the four Black men, takes us through what it was like inside the store during those 47 hours, explaining the fear among his comrades and the hostages they never intended to take. He also talks about the reason why they were stealing guns from the store — for protection.

Leading up to the robbery, there were several fatal attacks against Black Muslims in the city. The Nation of Islam considered Sunni Muslims as enemies, and as members of the Sunni Islam faith, Rahim and his friends lived in terror. After the horrific mass killing of the Hanafi Muslims, the four men knew something had to be done since the police wouldn’t help them. Out of panic and desperation, they planned to steal guns and ammunition to protect themselves and their families.

While this reason doesn’t excuse their crime, it does offer a different perspective. Violence only leads to even more violence, a fact that is at the center of the documentary. As one ESU officer says, “America is built on violence and guns.”

An interesting topic that comes up a few times in the film is toxic masculinity. It’s mainly discussed in relation to police brutality, but Shu’aib Rahim also touches on how Black men are conditioned to suppress their emotions. A couple of the officers interviewed admit to the stigma around seeking therapy for psychological issues and appearing weak. Internalizing these emotions leads to external violence, among other things. Even the once hesitant Captain Baker admits he realized that “violence is a weakness.”

Forbes uses the sights and sounds of 1970s New York to create a fully immersive experience. Hearing the gunshots, police sirens, and loud overlapping voices makes this documentary stand out among the endless true crime documentaries out there. These sounds mixed with the jazzy soundtrack and fast-paced drumming build and maintain the tension throughout the film.

Hold Your Fire is everything you want from a documentary and more. It feels like walking through an interactive museum exhibit. There isn’t narration, but rather the words of the survivors who were in the middle of it all, which brings an extra layer of authenticity.

It’s an event few people outside of New York will have heard of. Those familiar with this historic moment have the chance to view never-before-seen archival footage, and possibly hear the true version of events in comparison to what they knew before. For anyone who hasn’t heard of the story, this is the best way to learn all about it.

Hold Your Fire premieres at this year’s Toronto International Film Festival on September 10.