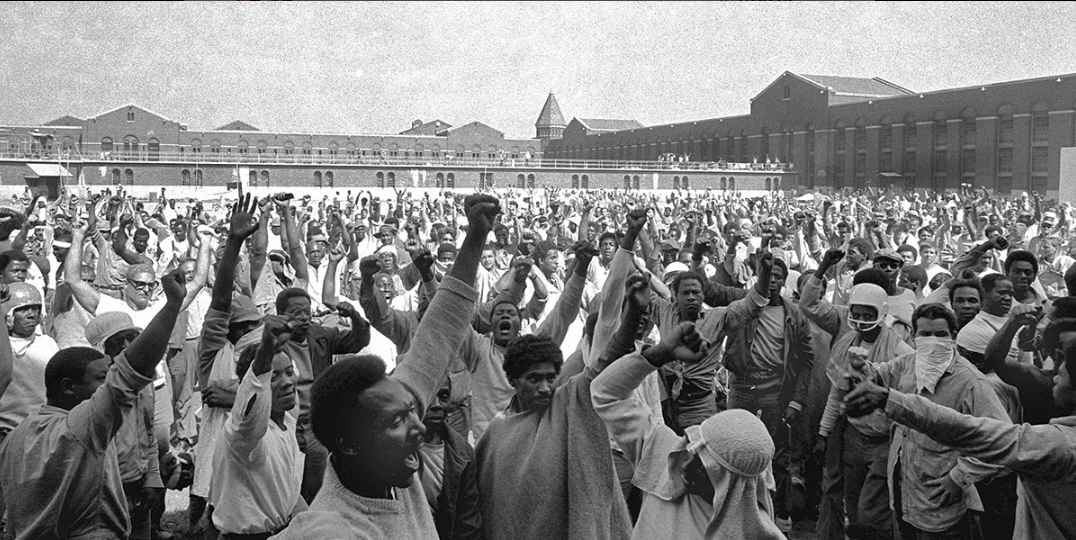 Located about 250 miles from New York City in a small town in upstate New York, the Attica correctional facility has been a part of the industrial prison complex since 1931. On September 9, 1971, anywhere from 500 to 1,000 inmates executed one of the longest prison rebellions in American history. Legendary documentary filmmaker and McArthur Fellow Stanley Nelson (Tulsa Burning, Crack: Cocaine, Corruption, & Conspiracy, Freedom Riders) interviews the former inmates, family members of the hostages, and the negotiators, revealing the brutal truth behind the uprising in this tremendous documentary film.

Three-time Emmy award-winning director Stanley Nelson has been making films for over 35 years. He uses the clarity of the three-act documentary structure brilliantly to unfold the story of abuse that led to the revolt and its tragic end. The Attica prison riot is a part of pop culture, commonly referred to in American movies and TV shows about prison life, but Nelson’s documentary sears the brutal truth of what actually happened into the mind, leaving the viewer stunned by the blatant brutality and callous piety of white supremacy.

The action jumps right in from the very first moment. The uprising started when an inmate, tired of being abused, hit a guard. Then, on that day, all hell broke loose. Nelson deftly blends music and sound effects with never-before-seen NY state police surveillance footage of the inmates, family members of the hostages, reporters, and negotiators to propel the action that makes the pacing of the film fly. I was on the edge of my seat during the entire documentary.

Injustice is the lifeblood of America. Viewing this film right now is a powerful reminder that history echoes. 1971 was 50 years ago, but from the images on screen I could have been looking at footage taken in America today. What struck me about the story of the uprising was that the inmates were simply demanding that they be treated with dignity and respect as human beings. “Ain’t I a man?” they asked. Stanley Nelson’s films focus on the rebellion of all facets of Black communities against white dominance, from the Tulsa riots to the Freedom Riders. Attica is a story that is hard to watch, and it must be seen.

It’s apparent that former inmates and family members are still processing their trauma. What also stood out was the cumulative negative impact of policing. Attica in 1971 was a predominantly white working-class town where the main industry was (and still is) the prison. If people weren’t working at the prison, the only other vocation was being a dairy farmer.

The documentary skillfully reflects how the imprisonment of Black men has long been a commodity for creating a white middle-class American dream. Why is it so easy for people to profit off of the pain of others? At Attica in 1971, 70 percent of the inmate population was Black and Brown, and 100 percent of the prison guards were white. When placed in positions of power, these poor and middle-class white guards had no problems torturing Black and Brown inmates on a daily basis. There’s no wonder the inmates rebelled. Taking over the yard, their only point of leverage was to take prison guards as hostages.

As I viewed this movie on the eve of the 20-year anniversary of 9/11, it’s telling how even though some of the inmates wanted to take revenge on the police, the Muslim inmates organized to protect the very prison guards who tortured them as inmates. Former inmate Alahajji Sharif noted, “We saw the guards as being under our supervision, so we couldn’t do harm to them. Our understanding of Islam was that you don’t do harm to a captive. Therefore, it was decided to allow the Muslim brothers to look out for them [the police].”

During that first day, the inmates united as a community to care for one another and felt a sense of liberation. The Vietnam veterans set up trenches and simple tents to sleep in. The men in the yard were even making wine and cooking food outside. For one day, 1,000 incarcerated men could actually feel the sun on their skin and lay under the stars at night, spirits free.

The all-white law enforcement officers’ bloodlust proved that they were the sons of their enslaver ancestors. I felt a wave of deep anger as I watched the footage of the crowds of white people from the town of Attica outside the prison spreading lies to the press. Particularly disturbing was a venomous middle-aged white woman screaming to execute the n-word inmates when these men were simply asking for decent food, not to be physically abused, and to be respected as human beings.

Stanley Nelson’s Attica pulls no punches as it exposes the pure perversity of white supremacy, the systemic corruption that protects the wicked police as they feed their lust for dominance. Stanley Nelson’s documentaries inspire audiences to leave the theater and work to create a more just America.