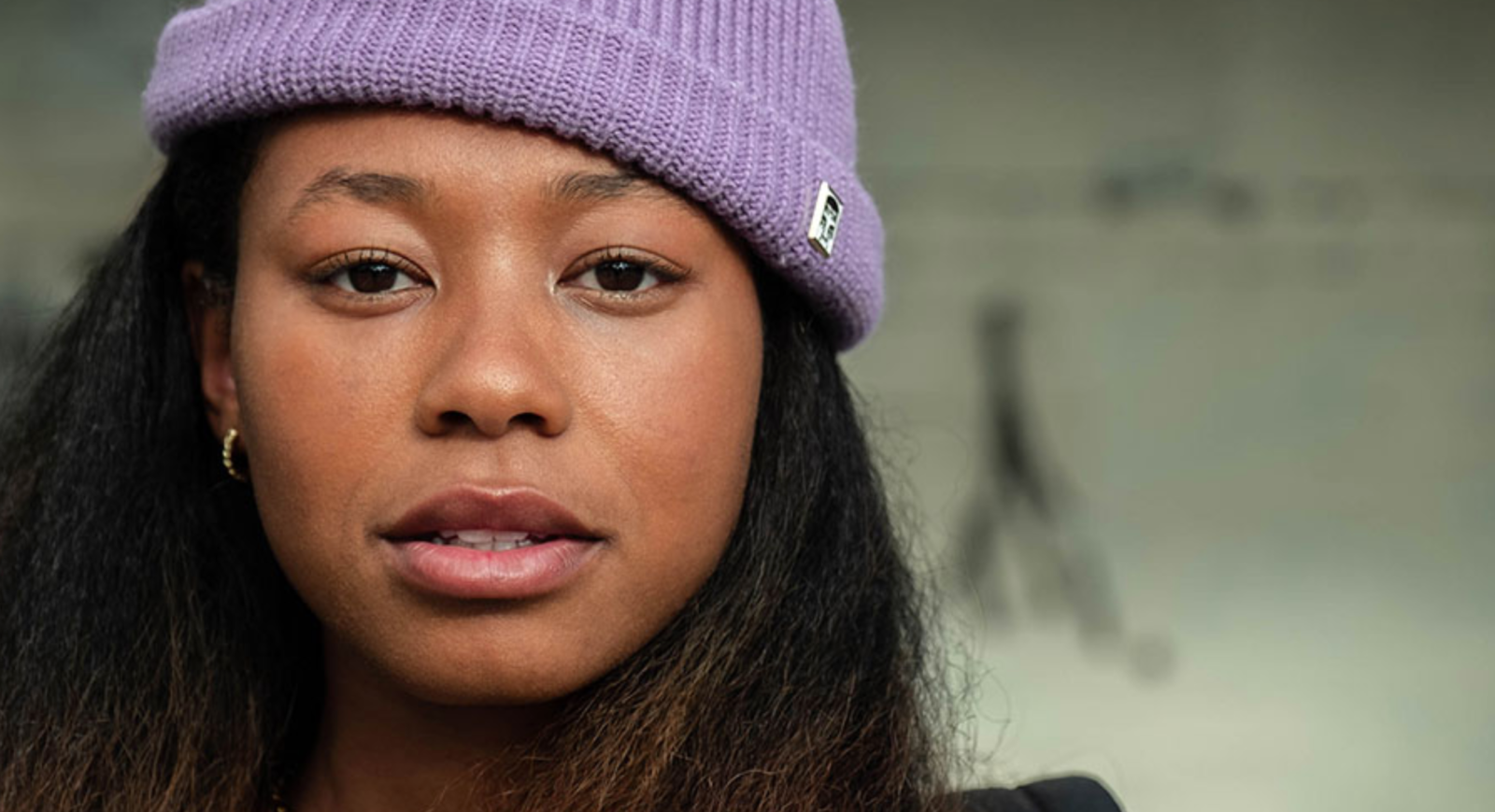 I don’t know what it is about iconic Black actresses that cast themselves as addicts in their directorial debuts, but I do know why this outing by Sanaa Lathan was so effective. At an initial glance, I want to pin On the Come Up as an urban fairytale, maybe even an ode to Nipsey Hustle and other fallen hip-hop fathers. But this film surpasses any mere genre. At its heart, it’s a coming-of-age story in a package you might not be used to. However, it will have you rooting the entire way.

The film stars relative newcomers Jamila C. Gray, Michael Cooper Jr, and Miles Gutierrez-Riley. Gutierrez-Riley gained some recognition from the sadly short-lived Amazon Prime series The Wilds. They mark the entrance of the wildly confident zoomers who know that they have a story that everyone would benefit from hearing.

On the Come Up is a film that, while representing Black culture, is not solely for Black eyes. A recent string of films is accomplishing this including Honk For Jesus, Save Your Soul, and Nope. In these, the focus is a Black family, and some of the inside jokes are very Black, but other viewers are expected to enjoy it and engage in the story’s more universal themes (even with the help of Google when needed).

On the Come Up tells the story of Bri, princess of Garden Heights (located in “Anywhere, USA”) and daughter of hip-hop royalty Lawless Jackson. Lawless was killed when Bri was a child, and her mother fell into addiction. She eventually sends her children to live with their Aunt Poo (the always wonderful, Da’Vine Joy Randolph). Bri has a hero worship view of her father and calls herself “Lil Law” when participating in rap battles to try to make a name for herself. Her best friends Sonny (Gutierrez-Riley) and Malik (Cooper Jr) support her on her adventures as she goes with now manager Aunt Poo to battles.

Bri starts to get a small amount of fame and catches the eye of Supreme (Cliff “Method Man” Smith), a music manager who also worked with Bri’s father. Through him, Bri gets a taste of the good life, but it may come at the cost of her authenticity and voice. We watch as she grapples with the consequences of her decisions and tries to change the outcome. Sanaa Lathan plays Bri’s mother, Jada though her children call her Jay. She’s a recovering heroin addict and making amends for the time the drugs stole from her family.

It’s an impressive first outing, and Lathan took great care with the details and their execution. There’s a detail about the family that Lathan could have made very cliche and obvious. Instead, she shows she trusts the viewers to put together the pieces. If anything is a triumph in this film, it’s the expectation that you will understand and relate to what’s being shown on screen regardless of your race or background.

It’s a culture shift, and more films like this are needed to signal the change in guard. No longer will Black stories be othered or called unrelatable. At its core, On the Come Up is about a young girl chasing a dream to make her parents proud. Anyone can relate. As a director, Sanaa understands this in spades. As an audience member, she expects you to not just listen but understand. If you don’t understand, that’s your failing, not hers or her actors.

She’s got the skill to make this demand, and it elevates the film. This isn’t a concept that should be seen as defiant or even revolutionary. Yet, I stared slackjawed at the screen, marveling at the lack of expository filler, whose space was given to important and dense narratives. The screenplay was adapted from a book of that same name written by Angie Thomas. Thomas also wrote The Hate You Give. She brings a unique elegance to her characters  that Lathan only accentuates.

Everyone did a wonderful job acting, especially Gray, who took the reins and worked hard to make you believe she could have a record deal. Lathan’s character, while central to Bri’s trauma, didn’t pull focus. Again, Lathan trusted her young cast to carry a lot of the emotional weight and was simply there to be supportive. Randolph’s Poo was so righteously angry and just as hot-headed as we find out her niece is. Again, she was used as a piece of Bri’s puzzle, but not the final picture. Every accommodation was given to the younger cast and used wisely.

The rest of the supporting cast was great, but I must highlight the Black men. Diversity for some productions means you might have one or two Black people — and if you’re lucky, you might get two Black people who aren’t even related. But Lathan’s diversity has to do with personality. Malik is wildly different from Sonny and Bri’s brother Trey (Titus Makin), who is different from Miles/Milez (Justin Martin), and on and on. They’re different in a way that’s not jarring or obvious — it’s beautifully done. There’s going to be at least one character that pulls you into and through the narrative.

It’s another powerful tool to show and not tell. It respects the audience to show that Black boys are not caricatures or worse, cardboard cutouts. They are humans and just like the sons of any other family. Cooper is adorable and reminded me of my nephew. Both he and Bri are self-confessed “nerds” and quote Yoda. Again, an idea that shouldn’t be exciting, but it is. There’s also a queer storyline that five years ago may have brought silence or side eyes, but this time we are awed at the tales of young love of every kind.

If there is a flaw, it’s that the film is a bit long, clocking just under two hours. But it’s time used well, and it’s hard to pinpoint a section that should have been cut. Still, it’s worth the watch and can spark many conversations. What is this film really about? How about the intersectionality of class vs. mental health? Or maybe it’s about defunding the police, or is it about the music industry? Or maybe, it’s just about Blerds in love writing rhymes? Whatever the theme or lesson, you’ll be invested from start to finish.

On the Come Up will debut on Paramount+ Friday, September 23rd. Be sure to mark your calendars for this one!