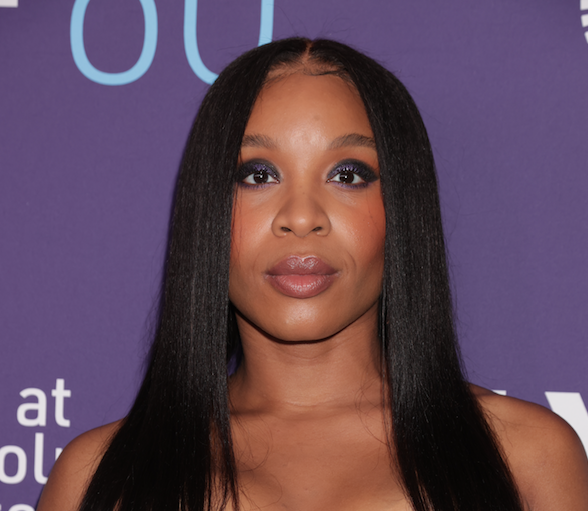 When the movie trailer for the film Till was first released, audiences were divided about seeing yet another film embroiled in Black trauma. However, director Chinonye Chukwu aims to subvert expectations and approach the narrative through another lens — from the maternal point of view of Mamie Till Mobley.

I will say so myself: I had expectations going in that this story was going to be just more Black trauma porn. However, after attending a private screening of the film and understanding how much of a civil rights advocate Till Mobley became as a result of her son’s tragic death, I realized just how important her story is. In a phone interview with Chukwu, shortly after her film premiered at the 60th annual New York Film Festival, I had the opportunity to ask how she decided to craft specific scenes in the film. I also wanted to know her opinion on Oscar voters screening the film and whether the subject matter might deter them in any way during campaign season.

The scene with Emmett lying on the table and we see his body: What led you to make the choice for us to actually see his body in that scene, which we know plays a significant role later in the story?

My directorial intention was to begin and end that scene all through Mamie’s emotional processing, so that’s why his body is obstructed for so long in the very beginning of that scene. Then we see the body at the church as an extension of Mamie’s decision to make the world see what happened to her son. So my decision to show the body in that moment was about honoring that decision that she made, which was so critical to the movement work that she did and a catalyst for the movement.

The courtroom scene with Mamie focuses intently on Danielle Deadwyler. Was it always intentional to have the camera placement on her? What was your process behind the direction there?

Every directorial decision I make is always rooted in emotional, psychological subtext in which scene it is. So I knew that however we shoot this scene, it needs to communicate the layers and evolution of Mamie’s emotions as she is being cross-examined. She goes through such a range of emotions. The intensity, the weight, the pressure of the moment — particularly when she’s cross-examined and interrogated — it zeroes in on her.  I wanted to figure out a way to visually communicate that tension and not let up and prioritize Mamie’s emotional experience of that tension, that weight, she is actively experiencing. I initially had eight or nine shots planned to shoot to communicate all of that. The first setup was basically a similar version of what was in the film. After looking at that long take on the monitor on setups, it was really communicating the gaze that is pressing upon Mamie as well by just staying on her. After the second take, I just made some framing composition and camera movement adjustments, and then the sixth take was what we used in the film.

What do you say to viewers, even potential Oscar voters who hesitate to watch your film because of the grim subject matter?

I hope that they understand that this is a story about Mamie, her emotional journey, and her fight for justice. To honor the human beings that are involved in the story and that she is more than just the physical trauma that was inflicted upon her son.

You directed Clemency, another emotional drama centered around a compelling female protagonist. Why are these types of narratives important to you as a storyteller?

When I’m making a film or writing a script, I’m not thinking about, “Oh, I only want to tell this particular kind of story.” I’m totally open. I might do a romantic comedy next. [Laughs.] Who knows?

But I’m always interested in the protagonist and what their emotional psychological journey is and complexities are. What made me make Clemency was I was absolutely fascinated by the emotional and psychological journey of somebody whose job it is to take life and how that impacts their own living. That was the seed for Clemency. I just was fascinated by that as a storyteller. With Till, I was fascinated by the fact that I myself did not know much about Mamie. Then when I started to learn more about her journey, I just think that that was also so fascinating to explore.

One of the most appalling things about this story aside from Emmett’s tragic death itself is the fact that the anti-lynching law just passed in March of this year. Is that part of the reason why you felt inclined to bring attention to this story?

It’s a lot of different reasons. The anti-lynching bill passed while we were in post-production for the film. We did not know the day that it was going to happen. But we knew that this film being made could hopefully help push the passing of that legislation. It was just amazing that it was passed during the post-production phase of the film. It speaks to the relevance of this story today and the necessity of it as well.

What’s the message you want audiences to take away after seeing the movie Till?

I think there’s not one particular message. I hope that the film resonates with people in their own specific way. In addition to that, I really hope that it could inspire people to want to learn more. There’s a lot of history and a lot to the story that we don’t know about. So hopefully people will want to learn more. Also I hope that it can instigate us to question ourselves. “How do I want to contribute to the world and be a change agent, whether big or small?” How can we connect ourselves to the lives and the struggles of others? So I hope we can instigate that, and I hope it can also help to challenge the fact that today there are states that are passing legislation or are trying to actively pass legislation to eradicate any kind of history that speaks to the racialized violence that’s foundational to this country. Hopefully this film can help to mitigate that somehow.