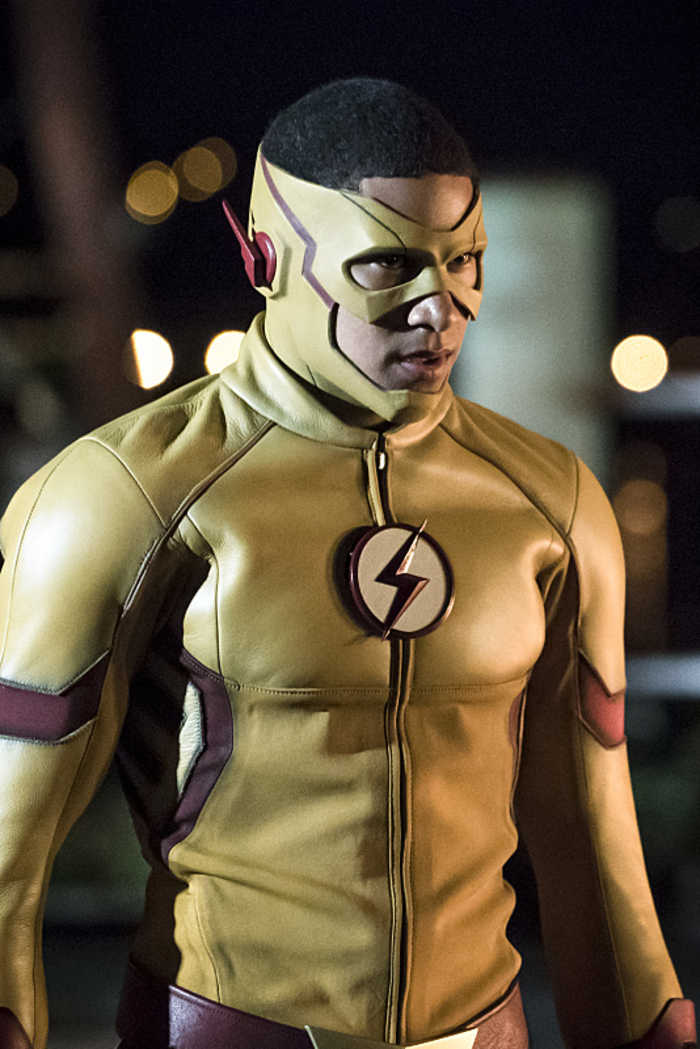 In last week’s episode of The Flash, a meta-human with a mega chip on his shoulder pays a visit to Central City to exact revenge on Joe West. Here’s a quick recap of what you missed if you didn’t get a chance to watch “Untouchable.”

The episode opens with Barry racing Wally to see who is the fastest man alive. Cisco, Iris, Caitlin, and HR place bets on the speedsters, with most of the team placing money on Barry. Wally does well at first, but ultimately loses when he is unable to phase through a building to the finish line. HR, who was the only one to bet on Wally, loses a boatload of money, and ends up brainstorming with Barry on how to get Wally to phase through solid objects.

While Wally’s phase issues are explored, a new threat is introduced to Central City.  Leaving a trail of decaying bodies in his wake, meta-human Clive Yorkin is out for revenge. His meta-human powers reawakened by Alchemy (Julian) during his servitude to Savitar, Yorkin murders people with a single touch (his touch causes rapid decay).

Yorkin is out to get Joe, a fact that has everyone confused and on edge. I mean, who would want to harm Joe, the sweetest and wisest man on the show? Apparently, Yorkin does because of a little thing called Flashpoint (it just won’t go away). In that reality, Yorkin was arrested by Joe West and three other cops, a fact that has the present Yorkin pissed.  After killing two people from the Flashpoint timeline, Yorkin attempts to kill Joe but is thwarted by Wally (thank goodness!). With Joe within Yorkin’s sights, everyone is rattled, especially Iris, who finally lets her father know about her death by the hands of Savitar.

Meanwhile, Cisco vibes to the Flashpoint timeline and figures out that there is one more victim outside of Joe that Yorkin is after. Yorkin is busy during all of this and ends up infecting Iris with decay and almost derails a train trying to kill Joe and another cop. Thankfully, Caitlin stops the decay in Iris’ arm with her Killer Frost skills while Barry phases the entire train to safety.

By the end of the episode, Julian and Caitlin figure out that speedster blood can neutralize Yorkin’s powers. Introducing speedster blood into Yorkin’s proves to be difficult, that is until Wally finally figures out how to phase some of his blood into the villain’s. Yorkin loses his powers and Julian and Caitlin promptly make a vaccine that cures the decay in Iris’ arm. The episode ends with Iris and Barry reaffirming their love for each other; Wally West perfecting his phasing abilities, and Jessie Quick dimensional traveling to let the team know that there’s trouble on her Earth in the form of Grod and Gorilla City.

Overall, the episode was just o.k. and didn’t compare to the Cisco-centric story arc of “Dead or Alive” that aired two weeks ago. Hopefully, episode 13, which takes place in Gorilla City on Harrison Well’s earth (Jessie Quick’s father), picks up the pace… and the narrative.

Are you ready for Gorilla City? Catch all the gorilla fun when The Flash returns Feb. 21st on the CW.