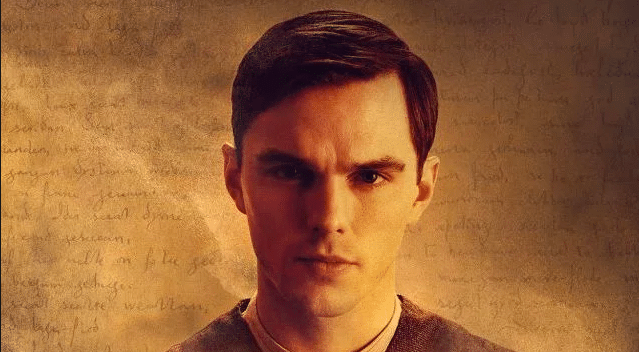 Under the direction of Dome Karukoski and written by David Gleeson and Stephen Beresford, Tolkien is about the early life of John Ronald Reuel Tolkien (played by Nicholas Hoult), his finding the love of his life, and the fellowship that he found as an orphaned scholar at the prestigious King Edward School in Birmingham and his journey on to Oxford University. While Tolkien did not come from a wealthy family, things seemed to work out in his favor as he became one of the most successful writers of his time, authored classic fantasy works such as The Hobbit, The Lord of the Rings, and Silmarillion.

Tolkien’s love of words and languages, his finding fellowship among the wealthy and elite young men with whom he later attends Oxford, as well as his interactions with a young Edith Bratt (Lily Collins), who lives at the same boarding house as he and his little brother are quite refreshing to see. The mere sight of four high-school aged young men pontificating in a “reading parlor” about the written word, speaking poetry, the composition of music, and their aspirational dreams and desires is quite inspirational. Throughout the film, the brotherhood between these young men strengthens and makes a lasting impression. 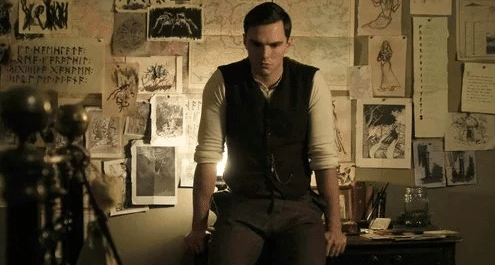 The story is told through flashbacks. Through these vignettes, we journey through various stages of Tolkien’s life, such as: his time in the Battle of the Somme in 1916; the death of his mother; falling in love with Edith, who later becomes his wife; and the mentorship that he receives from Professor Wright, played by Derek Jacobi, while at Oxford. Unfortunately, there is too much happening in the film’s plot and storyline. It’s almost as if there are many films within the film. The war scenes are too long and drawn out and distract somewhat from the otherwise overall poetic nature and beauty of the film. So many different vignettes interwoven made the film seem somewhat choppy. There is also a very strange scene where Tolkien is on the frontlines of war yet frantically and obsessively searching for a comrade that carries on a bit too long. However, visions of dragons, horses, and mythical creatures manifest in Tolkien’s mind during the war scenes and other vignettes, depictions that would later become the basis of the fantasy worlds in Tolkien’s works (Arda and Middle-Earth). The film does a decent job of depicting how Tolkien’s time in the war both traumatized and inspired him. 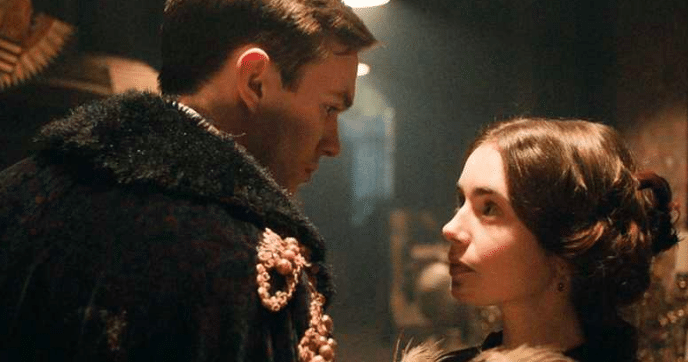 It would have been nice to have seen more interaction between Tolkien and Bratt, who he married as soon as he became 21. The chemistry between Hoult and Collins is very genuine, and their time on screen together is very sweet. In the biopic, Bratt encourages Tolkien in his work and his use of language, and he is inspired by her wit and musical prowess. I wish that the backend of their love story were explored a bit more. She is older than he, and they are of two different faiths, yet they manage to forge a bond that stands the test of time and even endures despite war. We don’t get to learn enough in the film about Edith Bratt’s character and background.

The art direction in this film is just as engaging as the story itself, if not more interesting. The set design and the costume designs are altogether lovely. From the dimly lit lanterns to the beautiful textiles of the wallpaper, the interior décor of the homes and buildings in the film is visually pleasing. The sight of young women wearing floor-length skirts and flowy dresses as the norm was different and refreshing to see, along with young men in sports coats and suspenders. As a millennial watching this film, I felt a yearning for a time past when the written word was the norm in juxtaposition to video, text messaging, or snapchat. I appreciated the delightful and elegant-looking calligraphy and handwritten notes and letters sent in the mail. 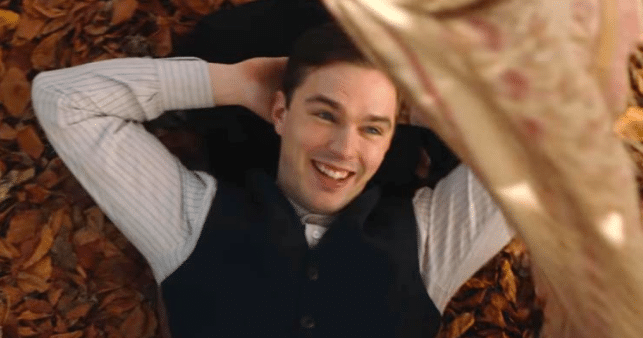 The reading parlors, the elegant libraries, and the books displayed in this film are beautiful. Bibliophiles will appreciate this biopic just on account of the pleasing way that books are displayed. Classic leather books, thin and worn and cherished, adorn the halls of the interior spaces. This film reverences the written word as well as the spoken word. Bratt and Tolkien build a close bond in their conversations about words and their meanings, and many moments within this film highlight the power of storytelling in its varied forms.

Overall, this film is cinematically interesting and gives a sympathetic look into the early and middle years of JRR Tolkien’s life. Tolkien creatively provides a glimpse into the past of one of the literary world’s most successful authors, without over-glorifying him.