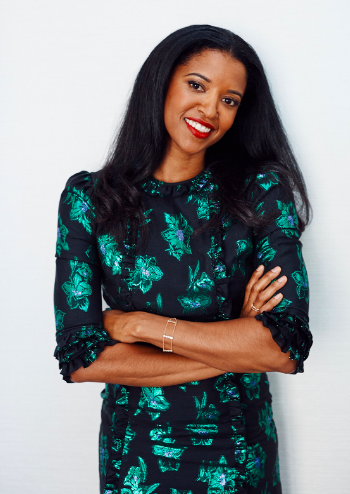 Goldsberry will star as Wickie, the glamorous, big-voiced, star of the group back in the day, Wickie’s solo career hit a ditch, but she’s determined to use this new opportunity to retake her rightful place as pop royalty.

“This wickedly talented team is creating something brave and new,” said Goldsberry. “I’m grateful I get to be in the room with them. I honestly can’t think of a better way to transition out of this year and into the new one than laughing with strong and beautiful women.”

When a one-hit-wonder girl group from the 90’s gets sampled by a young rapper, its members reunite to give their pop star dreams one more shot. They may be grown women balancing spouses, kids, jobs, debt, aging parents, and shoulder pain, but can‘t they also be Girls5eva?

Goldsberry is best known for her role as Angelica Schuyler in the musical phenomenon Hamilton. Her performance earned her a Tony Award, Grammy Award, Drama Desk Award, and Lucille Lortel Award. Most recently, Renée starred in the critical darling, feature film Waves, opposite Sterling K. Brown, and in the hit series Altered Carbon. She could also be seen on NBC’s musical sensation, Zoey’s Extraordinary Playlist.