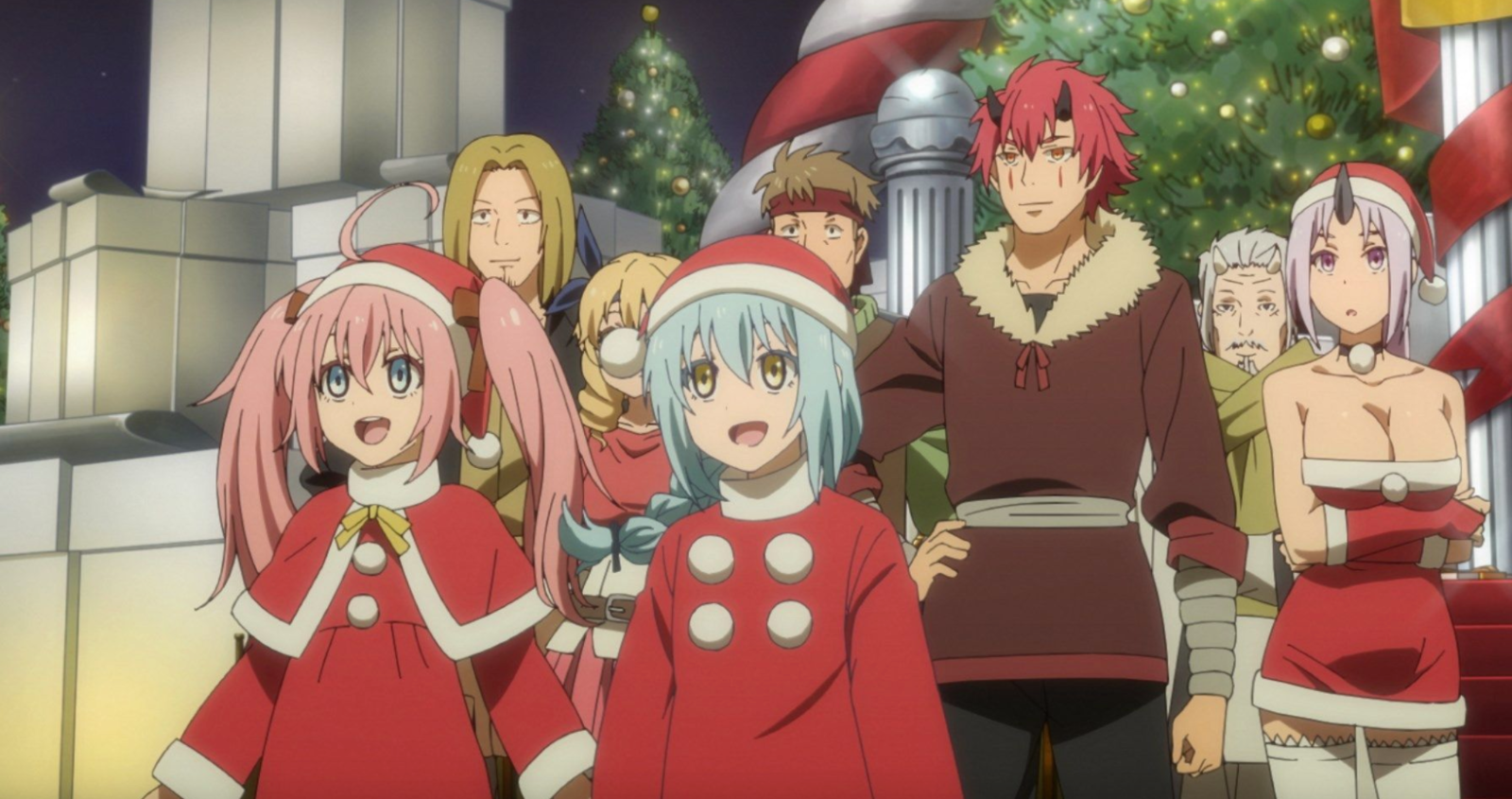 The Holiday season is here, and so is one of our favorite pop culture pastimes: Holiday specials. Nothing says Merry Christmas quite like our favorite characters dressed in red velvet and learning valuable lessons about family, love, and tradition.

Although re-runs of American classics like A Charlie Brown Christmas are usually the go-to, we know otakus like you want to see your favorite anime characters ring in the holidays, too. Here are five recent anime specials to add to your Christmas queue.

Season two of The Disastrous Life Of Saiki K. premiers with a little Holiday gem that serves up Christmas cheer along with Saiki’s hilarious slapstick comedy. The second short — titled “Another Christmas” — finds Saiki trying everything in his power to avoid Christmas as he escapes family tradition to find peace and solitude in a nearby park.

However, after a series of unfortunate events, he ironically finds himself smack dab in the middle of a Christmas celebration in the one place he was trying to avoid: his house. Even if you don’t watch the series, you’ll still find this holiday special hilarious as you witness the outrageous predicaments the characters find themselves in.

Wotakoi’s Christmas special teeters on the practical side with an enriching, touching, yet relatable story. In Season one’s sixth episode, Christmas is approaching, and the cast spends the day trying to figure out how to make the best of the holidays despite being full-time working adults. Although the day starts off bleak, bland, and full of work, by the end of the episode, holiday cheer presents itself to the cast in its own unique way.

As you watch Hirotaka and Narumi take trips down memory lane, you’ll be reminded of a simpler time when all you had to look forward to on Christmas were the gifts waiting for you under the tree. The constant pop culture references are sure to spark nostalgia as the show teaches you that the true magic of the holidays is all about perspective.

Where to Watch: Crunchyroll

From Me To You’s holiday special is slice of life done right: it has a soothing score, oozes teen romance, and has a dramatic tale that’ll hit you in the feels. In episode 22, the timid main character, Sawako, finds herself in the middle of a Christmas crisis when she has to choose between attending her first big social event or spending the Holidays traditionally with her parents.

What unfolds is a part-Holiday-part-coming-of-age story as we witness Sawako struggle between pleasing herself or appeasing her parents. The half-hour special ends with a romantic twist that’ll make you swoon and jealous that life can’t be as perfectly timed as an anime.

This hilarious Christmas special serves up big laughs, but we expect nothing less from this popular action comedy. In Gintama, the main character, Gintoki, travels around the city of Edo performing odd jobs for people. His unconventional methods often land him in random, strange predicaments. In episode 37, Gintoki finds himself helping a stressed-out Santa after his injured reindeer leaves him stranded with no means of transportation to deliver his gifts to children.

What unfurls is an absurd night of pranks, leather, and epic fails as Gintoki attempts to help Santa (and Ben) save Christmas. The special is sure to lift your holiday spirits from laughter alone as the stakes get crazier and more absurd as the night carries on, wrapping up with a “Happy Merry Christmas” from Gintoki and Santa.

“Where Is Santa Claus” is essentially the Slime Diaries version of A Nightmare Before Christmas as we witness Tempest’s first-ever Christmas celebration. Curl up with the family and watch the adorable Rimuru try to teach your favorite monsters all about the meaning of Christmas.

After he breaks down the formula behind the magic, the monsters take the idea and run with it. Fan faves like Shuna help bring Holiday traditions to life, including partying, decorating, and Christmas tree lighting. If seeing Veldora in a Santa hat doesn’t do it for you, the jolly montage of the monsters of Tempest living their best lives will definitely make you feel warm and fuzzy inside.
This year, spend Christmas with your favorite anime characters by streaming shows like Slime Diaries on Crunchyroll, Amazon Prime Video, and Netflix. Wishing you all a happy and safe holiday from everyone at BGN!