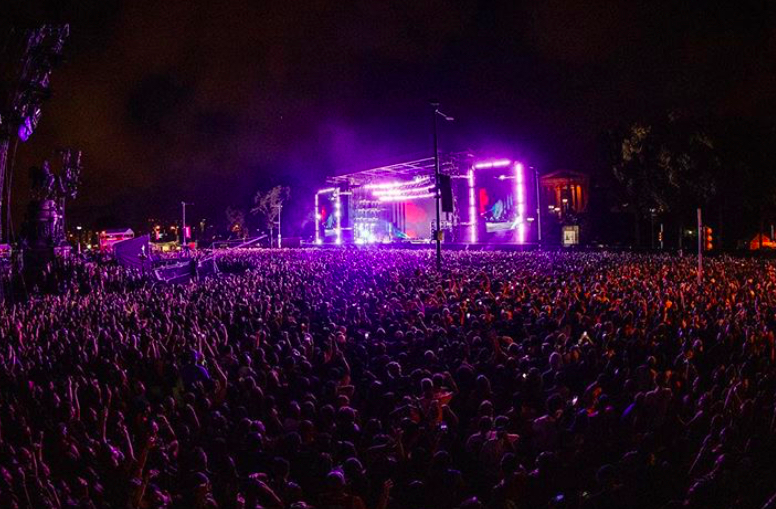 The City of Brotherly Love will play host this Labor Day Weekend to the 8th annual Made in America festival, the go-to music event of the summer.

Thousands will flock to Philadelphia for the two-day music experience from August 31 to September 1. The festival is a favorite of music lovers as it offers of an eclectic blend of hip hop, EDM, R&B, and pop. Here are the top five artists we are dying to see at this year’s festival.

Hailing from the United Kingdom, Jorja Smith invaded the US airwaves with the release of her debut single “Blue Lights” in 2016. The sultry, introspective track reminiscent of  ’90s R&B and social consciousness received rave reviews and thrust Smith into the spotlight. In 2018, her debut album Lost in Found was critically acclaimed, resulting in a nomination for Best New Artist at the 2019 Grammy awards. Smith also is a favorite collaborator of Drake, Kendrick Lamar, and Stormzy. The British songstress is sure to be a mood at this year’s festival.

It wouldn’t be a Hot Girl Summer without Megan Thee Stallion, the self-proclaimed hottie and rapper from Houston. In 2018, Megan released her EP Tina Snow featuring her summer anthem “Big Ole Freak.” Girls all over the country have been bopping along to this banger since it dropped, tongues out screaming “aaahhhh” in true Megan fashion. There’s no doubt that Megan and her knees will be showing out when it’s time for her to hit the stage.

“I just took a DNA test. Turns out I’m a 100% that b*tch.” Truer words were never spoken, and what a year it has been for the singer, rapper, and flautist known to the world as Lizzo. We all fell in love with the beautiful, body-conscious, Houston singer and her 2017 sleeper hit “Truth Hurts.” Even Hillary Clinton quoted the opening line from the single in a hilarious exchange on Twitter. The bubbly songstress fresh off an incredible summer and the success of her third studio album, Cuz I Love You, was announced as a surprise addition to the Made in America lineup. Hell, we’re still bouncing along to her thick girl anthem collab with Missy Elliott, “Tempo.” We are so looking forward to Lizzo’s powerful vocals, clever wordplay, and of course her world-famous flute, Sasha Flute.

“Okurrr,” from reality TV star to becoming one of the biggest female MC’s in the game, Cardi B is the epitome of the American dream. Her Cinderella story, or should I say Binderella story, has captured our hearts. We can’t get enough of unfiltered Bronx raptress. With hits like “Bodak Yellow,” “Be Careful,” “I Like It,” and “Please Me,” Cardi B has dominated the charts for the last year. She’s an unstoppable force with no end in sight. Cardi performed at Made in America in 2017, and this year she’s returning as a headliner. Rest assured, Cardi will bring the house down and snatch all our wigs on Saturday night.

Travis Scott burst onto the scene with his haunting hit, “Antidote,” and the world has never been the same. The Houston rapper and songwriter’s influence on hip-hop can be heard everywhere. Scott has produced and collaborated with acts such as Drake, Kanye West, Kid Cudi, TI, and Rihanna, just to name a few. These days, you can’t go anywhere without hearing his first Billboard Hot 100 smash, “Sicko Mode.” Outside of the music, Scott is known for his stunning visuals. We can expect an epic show as he closes out Made in America with a bang on Sunday night.

Tickets are on sale now for Made in America, but if you’re not able to attend the event, have no fear — we got you covered. Look forward to a breakdown of the event and a podcast featuring performances from the amazing lineup.

In the meantime, you can check out our coverage for another popular Philly music festival, The Roots Picnic, here.