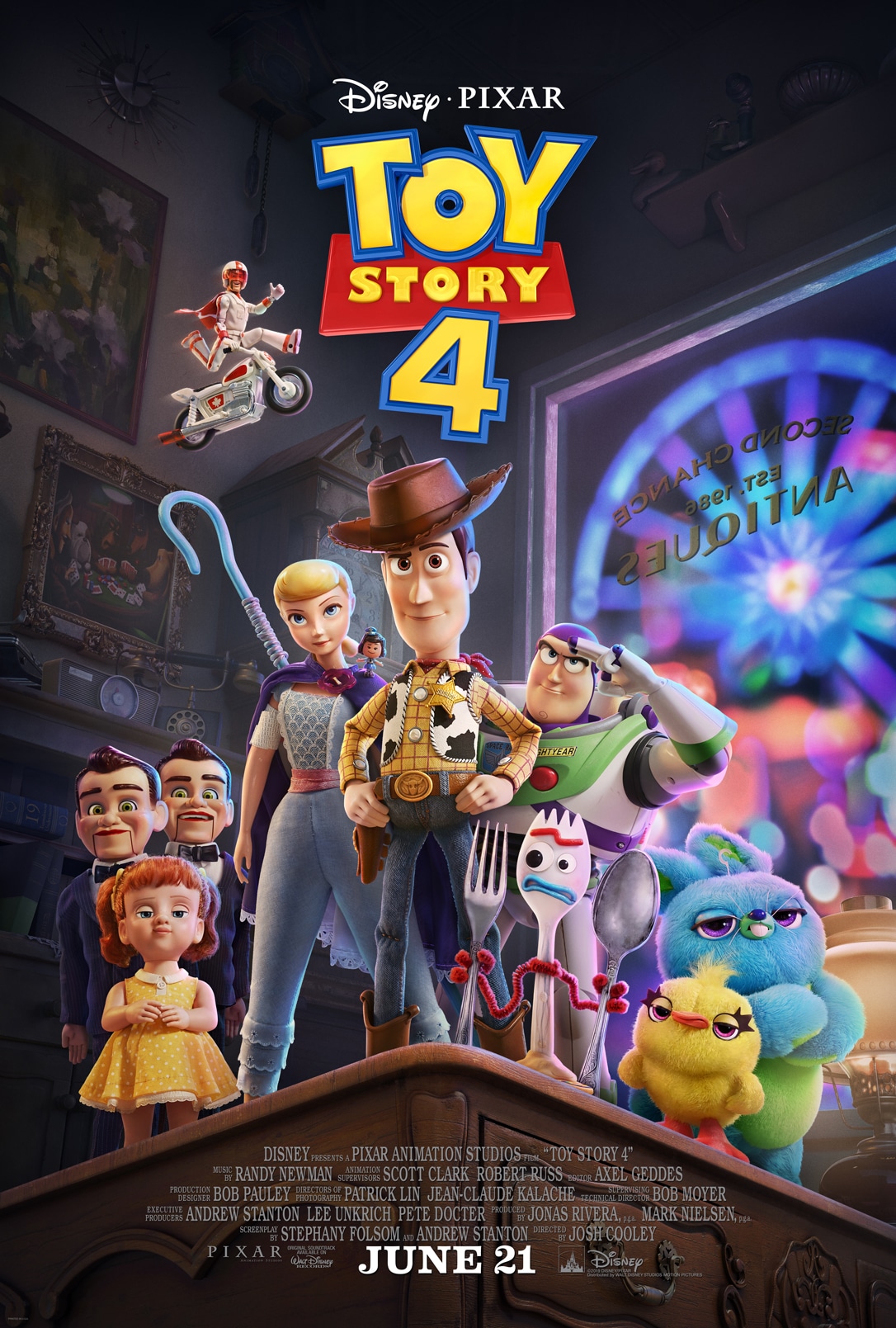 Disney invited BGN to visit Pixar Studios in San Francisco, CA where we gathered some great behind the scenes info on Toy Story 4. The new film continues with Bonnie and introduces a new character named Forky (voiced by Tony Hale). However, before the introductions, we take a trip down memory lane. There we see Woody (voiced by Tom Hanks) and his crush Bo Peep (voiced by Annie Potts) in one of their signature toy rescues. The point of this trip is to set us up Bo Peep’s a makeover of sorts since we last saw her in Toy Story 2. Here’s what you need to know about the new Bo Peep and the new toy with an identity crisis named Forky.

According to the Pixar story artist Valerie Lapointe, Bo comes to us in Toy Story 4 after being away from the family for several years. Bo introduces the concept of a “lost toy” and allows us to explore what that truly means. If you remember, Woody, Buzz, and the others always talked fearfully about being lost toys. In this film, Lapointe says that they will not only explore what it means to be a lost toy, but what that has done to Bo and Woody’s relationship. Woody does quickly find that his “Bo Peep” is a lot different from the woman raging around playgrounds in an RC car disguised as a skunk. Her new role seems to be commanding caring for other lost toys as they search for the next opportunity to play.

Lapointe explained that the new Bo is a Robin Hood of sorts. She watches out for other lost toys by driving around with her sheep and another lost toy Giggles McDimples, a Polly Pocket toy (voiced by Ally Maki). Director Josh Cooley calls McDimples Bo’s “Jiminy Cricket,” her sidekick as they drive around loaded with supplies to make repairs and rescue other lost toys. In fact, the crew stumbles upon Woody when he finds himself in a hairy situation! Although she is now cracked (which gives the looked of a scarred renegade) and has the appearance of a vigilante, this porcelain lamp doll is still the same sweet and loving Bo.

Maya McMahon, Pixar Character Modeling Artist, explained that Bo’s new look is inspired by the Knights of the Robin Hood era. She redesigned the sheep herdess’s gown and soft can fragile looking gown and petty coats to be more conducive to a survivalist’s movements. The coolest part is that Bo’s skirt is now a cape! To test the movement and capabilities of the new garment, McMahon says they made a life-sized model that members of the team tried on. They watched how the fabric flowed and moved to get an idea of not only how to animate it, but also to what uses the cape may have. They also added pockets. The scars, aka cracks, were inspired by real antique porcelain, according to Tany Krampfert, Pixar modeler and rigging artist.

What Should We Expect from the New Bo Peep?

Pixar animator Patti Kihm explained where they got the inspiration for the new Bo Peep. The teams watched the older Toy Story films, of course. They also found characteristics in other strong female characters and athletes. You can expect the new Bo to be as calculating in her survival as Uma Thurman in Kill Bill. As a leader, she is as unafraid to get her hands dirty as Geena Davis in A League of Our Own. She has the smooth, but strong flexibility of gymnast Ally Raisman, and the beautiful, graceful movement of dancer Sharna Burgess. Bo Peep also has the courage and cunning of Daisy Ridley’s Rey in the Star Wars films. Together, these models helped define how the new Bo Peep carries herself and also how the other toys interact with her as a leader of the lost toys.

Remember Bo Peep’s staff? It took some thought too. McMahon says that they watched videos of World Champion martial artist Jade Xu Wushu wielding a similar weapon. They also took some cues from a Big Hero 6 character, the disc-throwing Gogo Tomago (voiced by Jamie Chung). These models added to Bo’s confidence in fighting as well as to her artistry and athleticism in using the staff.

So, expect a badass who is still nice. However, she can take care of herself and Woody when trouble arises.

Meet Forky (Who is NOT “Trash” No Matter What He Says)

A new character for the Toy Story crew is Forky. He is the first toy in the series created by a kid. Remember how Andie turned ownership of the toys over to the cute little doe-eyed Bonnie? Well, Bonnie’s first day of kindergarten is not going great. Fortunately, Woody has stowed away in her backpack to help ease the transition. He sees Bonnie having trouble fitting in — the other kids grab all the supplies for the art project away from her! Woody goes into the trash and retrieves some items, including a spork and some tossed away clay. He gets those items to Bonnie who creates a new character— Forky!

According to Pixar animator Claudio de Oliveira, creating Forky was serious business. He and the rest of the team worked with the materials to get the right look for the character. The animator even took some sporks and pipe cleaners home to get inspiration from his two young children. The team also listened to and watched actor Tony Hale voice the character. The result is Forky, a new toy created by Bonnie, who thinks of himself as trash. This too is new for Toy Story.

In fact, Woody is constantly saving Forky from throwing himself into the trash. When Forky introduces himself, “Hi, I’m Trash!” Woody corrects him and gives the toy’s given name. Forky and Woody’s struggle force the toys to explore what it means to be a toy. They have to figure it out fast. Someone needs to explain what being a toy means to Forky before he tosses himself into the trash for good!

During this set visit, we got to see so much, but the best parts were hearing and seeing all of the work that went into creating Forky and the new Bo Peep. Claudio de Oliveira even taught us how to make our own Forky’s. You all are going to love Toy Story 4.