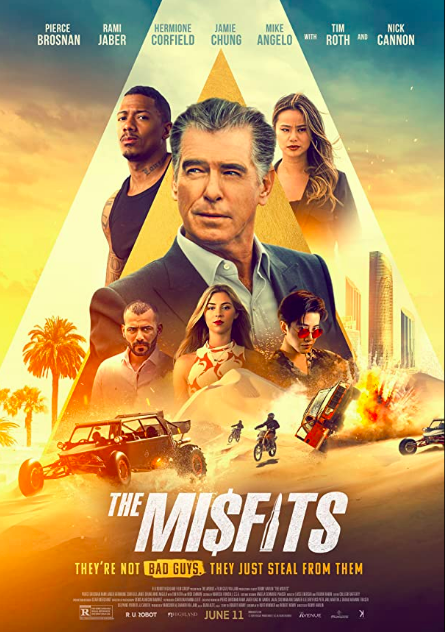 Yesterday saw the official trailer released for the upcoming action-adventure movie, The Misfits. This film sees veteran actor Pierce Brosnan play the main role of Richard Pace. Here, he is recruited by a group of thieves to lead them on a daring gold heist. Alongside Brosnan sees Jamie Chung as the female lead and Nick Cannon who plays Ringo.

The plot sees the group go out to the middle east to steal millions worth of gold from a high-security prison. As you can expect with this movie, the trailer shows glimpses of high tempo action, fight scenes, and daring stunts. It’s pretty cliched stuff, but in the world of cinema, it seems to be a successful formula. Besides, after the past couple of years, this kind of easy-watching movie could be perfect to watch and forget about the outside world.

Not only this but if you’re a fan of the British accent, then you’re in luck…as Brosnan does his best to sound like a real British gentleman with all the charm included. Well, he did play James Bond for years so what did you expect? Interestingly, this film also has a cameo from a sheikh, Abdul Ahad which makes sense given the setting.

The Misfits is due for release on June 11th. There seems to be a glut of movies dropping during this month too, which may be down to potential coronavirus restrictions being dropped. With this in mind, if you’re a fan of cinema and want to unwind, then this movie may be the ideal way to entertain yourself as the summer approaches.