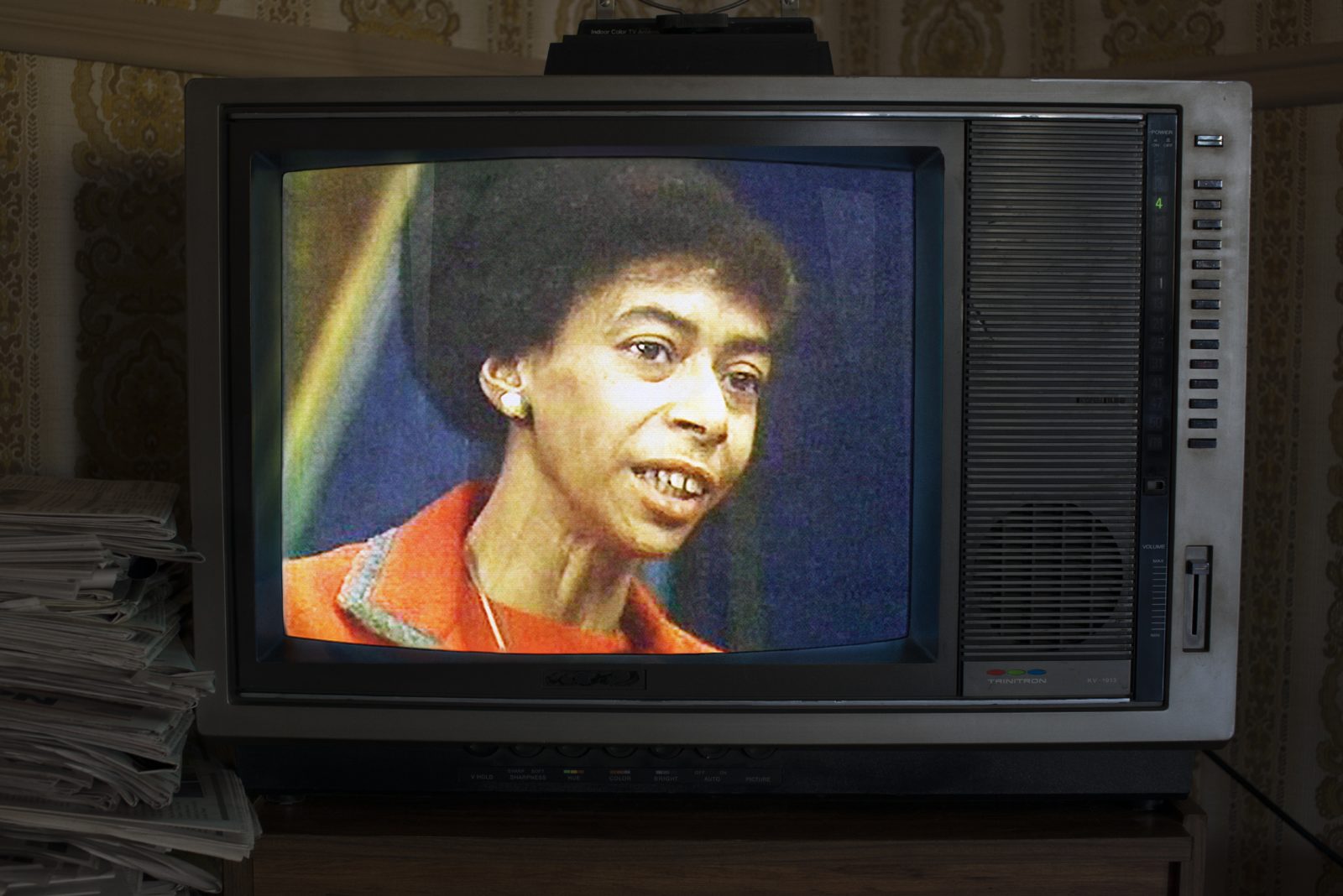 Recorder: The Marion Stokes Project reminds us that there is no such thing as objectivity when reporting on human behavior, and anyone who tells you otherwise is probably working for Fox News.

The main difference between a hoarder and a collector is the value that other people perceive in those objects. And while librarian, civil rights activist, and television producer Marion Stokes — subject of Matt Wolf’s Recorder: The Marion Stokes Project — has often been labeled a hoarder, her archive of 35 years worth of news programming is now one of American media’s most valuable historic collections now housed physically and digitally at the Internet Archive in San Francisco.

Marion Stokes recorded VHS tapes 24 hours a day, 7 days a week, on 17 different channels including CNN, Fox News, ABC, CBS, and more from 1977 up until her death in December of 2012. What seems like a compulsion in fact has its roots in Stokes’ social justice consciousness as well as her uncanny ability to predict and monitor trends through visual media. For Stokes, creating her archive as painstakingly as she did was another form of activism: she believed that access to information equaled freedom, because you can’t make informed choices that affect your life for better or worse without complete access to all the information. She was a woman of the Internet age long before the Internet was even created.

As we see through Recorder, Marion Stokes’ journey was a complicated and huge arc. Born in 1929, Stokes was given up for adoption by her mother who wasn’t able to raise her by herself. Later in life when Marion sought out her birth mother, it broke her heart to find out her mom had in fact raised a number of her own children since she gave up Marion. Some of the interviewees in Recorder posit that it was this fundamental and profound sense of abandonment that led her to her obsession with collecting news reports, books, newspapers, magazines, and every Apple product that had ever come out by the time of her death.

But Recorder also presents the flip side of this same coin. Marion Stokes had an innate sense of social justice which she did not see reflected in visual media as it grew from newspapers to the 24-hour news cycle. She could see that news stories were being framed from a certain (white male) perspective that didn’t reflect much of America, and certainly didn’t reflect her experience as a Black woman, a librarian who lost her job for being a card-carrying communist, and later as a single mom and career woman. Recorder’s use of Stokes’ footage, and in particular when in split screen to compare and contrast coverage, truly brings home how each network has its own biases and how American politics have been shaped by these various slants that for decades were labeled with journalistic objectivity.

The split screen of September 11, 2001 newscasts as the first plane hit the World Trade Center in New York was not just a remarkable set of archivism on Stokes’ part, but a brilliant piece of editing by Recorder director Wolf. In it, Fox News continues its fluff reporting almost 12 minutes longer than CNN, CBS, and ABC before turning cameras to the Twin Towers. This reminder that once upon a time Fox News was a virtually irrelevant network that wasn’t even able to jump on a story as huge as 9/11 as it broke is in grotesque contrast to the fearmongering and false conclusion-jumping they are known for today.

“Material things affect perception,” Stokes says in voiceover from one of her own television appearances, and this example above of Fox News’ metamorphosis over the years couldn’t be bigger proof. Stokes also managed to create a comprehensive archive of episodes of police brutality from the late 1970s until she stopped recording, some of which were from local news stations with stories that never made it into national news, newspapers, and certainly not textbooks. This sub-collection of Stokes’ refuted Martin Luther King Jr.’s prediction that television would end racism when it ultimately reminds us every day how deeply racism is entrenched in America, and how those with power in the media will milk racism for money and views.

Recorder: The Marion Stokes Project isn’t only about one woman’s personally curated library and archive. It is also about Marion Stokes, woman, wife, and mother, even though she may not have shone as much in these other roles as she did in her dedication to preserve visual media. Her first marriage ended badly. Her relationship with her son Michael Metelits had serious ups and downs over the course of both their lives. Her second marriage, to philosopher and wealthy philanthropist John Stokes, essentially walled him off from his daughters from his first marriage. What can we say here but complicated women are complicated. And every genius visionary has people around them who feel or were hurt by their actions, or negligence, or even just high expectations. Marion Stokes wasn’t a perfect human. But what she lacked in human perfection she did her best to make up for in her 70,000 collected hours of news footage that give us in 2019 a roadmap of American visual media we didn’t have before.

Marion Stokes’ life work was collecting news reports for posterity. What sorrow she must have felt later in life when she went back to her old local station, a CBS affiliate where she helped produce a show about cross-cultural dialogue, and they had none of her recordings anymore. We assume that networks are keeping all this information when, in fact, they only preserve highlights.

Recorder is a record of Marion Stokes’ life and work. It is also an important snapshot of modern American history as it unfolded in real time, and in particular with the advent of the 24-hour news cycle beginning with CNN in 1980. For Marion Stokes, forgetting meant that we risk repeating the past. “Those in power are able to write their own history,” Marion Stokes said, and this fact is clear in just the few excerpts we see of her tapes in Recorder. She would be devastated to see the de-evolution of news rhetoric since President Obama left office.

But still, the powerful archive Marion Stokes created lives on and serves a vital function in examining the evolution of news into “fake news” today, and how Americans continue to be manipulated by narratives that only serve a handful of the population to maintain their power.