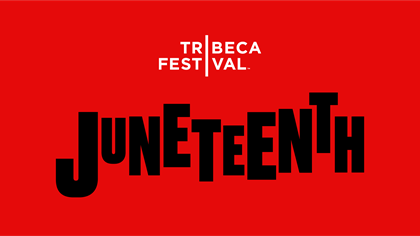 Tribeca Festival has rolled out its specially curated Juneteenth selections to amplify the richness of Black stories and uplift the voices of Black storytellers across feature and short films, Tribeca Talks, Immersive, Audio Storytelling, Music, and other special events.

The Black programming will be interwoven throughout the festival leading up to closing night on Juneteenth (Sunday, June 19th) allowing audiences to experience narratives, stories and events that spotlight the Black experience in the US and abroad.

The Festival will close with the World Premiere of Loudmouth, a documentary detailing the winding road of Reverend Al Sharpton’s life story as an iconic American civil rights activist and spiritual leader. JUST ANNOUNCED TODAY: After the screening, Rev. Sharpton will be in conversation with executive producer John Legend andaward-winning filmmaker Spike Lee, moderated by Cori Murray, former Deputy Editor at Essence.

“My pursuit of activism has always been tied to unwavering faith, and it is my firm belief that art and drama can be a powerful form of protest. I’m so proud to share the story of my life through ‘Loudmouth’ at Tribeca. The Festival’s commitment to social justice storytelling, and the Black experience in America, is full of hope, perseverance, and joy. This Juneteenth, I hope to commemorate alongside my brothers and sisters by fighting for an equal tomorrow,” said Reverend Al Sharpton.

Other key festival moments will include:

●       Screening of the Juneteenth shorts program, Portraits and Performance, which showcases the brilliance of Black artists

Please find the full roundup and partnership information below. Readers can also access the programming on the dedicated microsite at tribecafilm.com/Juneteenth. Tickets are also available on TribecaFilm.com. Available photos and stills from this programming can be found here.

Tribeca 2022 Review: ‘The Beauty of Blackness’ Fashion Fair Documentary Embraces Getting a Seat at the Table

Tribeca 2022 Review: Letitia Wright Stars in ‘Aisha,’ a Poignant Tale of an African Woman’s Quest for Asylum in Ireland