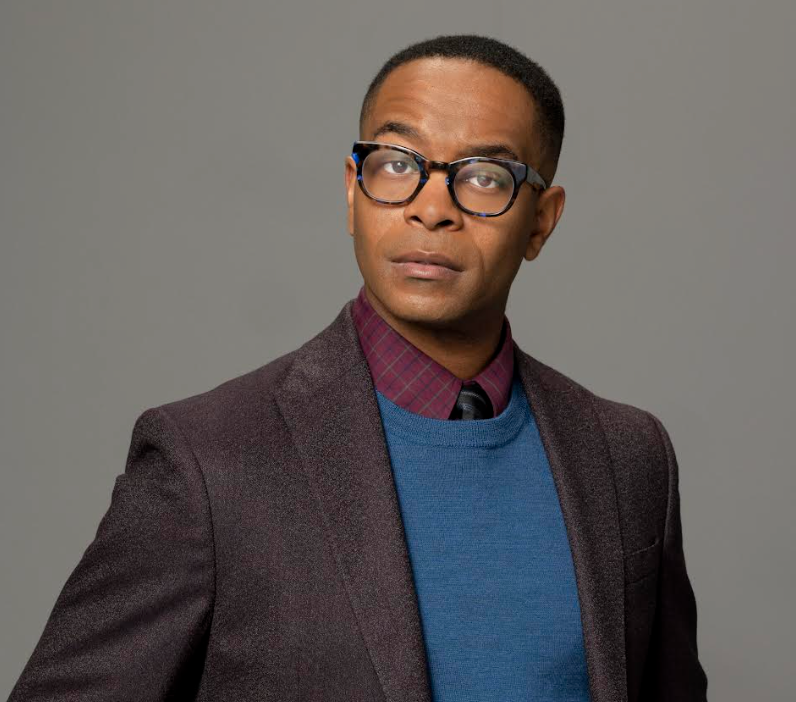 If you were a fan of The Misadventures of Awkward Black Girl, then you know this rising star as Baby Voice Darius. He also played Thug Yoda on Insecure. However, Tristen J. Winger has come a long way since his whispering vibes on Issa Rae’s original YouTube series. He’s turned his playfulness with characters into a role on CBS’s new hit drama, So Help Me Todd.

Though the show leans toward more serious storylines, Winger still flexes his comedic muscles as Lyle, the archenemy of Todd (Skylar Astin)—the main character of the show. Lyle takes issue with Todd’s nepotism, as their boss is Todd’s mother, Margaret (Marcia Gay Harden). Their battles are epic and hilarious, but the audience can easily see that these two will be forced at some point to join forces.

BGN spoke with Winger via telephone about what drew him to acting, his role on the show, and how he stays grounded as his star rises.

What drew you to acting?

I can proudly say it was a couple of things. The first one is seeing myself in the character portrayed by Jaleel White on Family Matters. He was Steve Urkel, a Black nerd, and my six-year-old self was watching Family Matters as part of the TGIF line-up. I’m seeing this kid who wore suspenders, who loves science and math and loves doing experiments, who was funny, who had an interesting voice, and I’m just like, “Wow, that feels like me. This is the type of person I want to be when I grow up.” That, accompanied with me always imitating my uncles or teachers, getting in trouble in class for talking, and being my young, nerdy self, unapologetically, is what led me into acting.

What’s the biggest lesson you’ve learned during this evolution from Baby Voice Darius on The Misadventures of Awkward Black Girl to Lyle on So Help Me Todd?

To be true to myself. It would have been very easy for me to embrace the part of me that’s a people pleaser and to do everything that people ask me just because they asked me to do it. Once I got the role on Insecure on HBO with a character whose name is Thug Yoda, it would have been very easy for me to just go for roles and take auditions that were just for this character that was a gang member, but he doesn’t represent the media’s idea of who a thug is. It would have been very easy for me to just roll into that. But, because of what I want it for myself and because of my team, from my manager to my agency, they steered me [down] the path of making sure that I was doing what I wanted to do with the roles that we got to audition for. I went to Amazing Grace Conservatory in South LA, co-founded by Wendy Raquel Robinson, and she would always say, “To thine own self be true,” and I embraced that. I continue to live through that in everything that I do. “No” is such a powerful word, and it is a complete sentence.

Tell us about So Help Me Todd and your role on the show.

So Help Me Todd centers around Todd, a private investigator who lost his license to investigate. His mother is a partner at a law firm in Portland when her husband (Todd’s stepfather) goes missing. Todd jumps in to help his mom, who is this strong character, this strong woman who is type-A personality, who always has everything together. Her world falls apart, and he hates to see his mom like this, even though they’re a little bit estranged because he owes her $9,000. He jumps in anyway because love is love. Once that got solved in the pilot, Marguerite, his mother, brings Todd to work in the office. The only problem is Lyle, played by me.

I play a type-A investigator who has all his ducks in a row. He’s very serious, he’s unapologetically judgmental, and he doesn’t take any crap from anybody. He immediately recognizes the favoritism toward Todd because this man doesn’t have a license. “Why is he practicing in my department?” That’s where we butt heads, and we’ve been doing so all season.

Your character has a big episode airing on December 8. Tell us about that episode.

As your star continues to rise in Hollywood, how do you keep yourself grounded?

Fortunately, I have a bunch of wonderful, beautiful people around me who keep me grounded. My best friends keep me grounded. My family keeps me grounded. My mom for sure keeps me grounded. One of my mom’s many idioms is, “Don’t look too good nor speak too wise. Be aware of yourself. Be aware of who you’re talking to and what you’re saying to whom because unfortunately” — and I haven’t experienced this (knock on wood) — “not everybody is your friend.” I believe that people have positive intentions. As long as I have positive intentions, then I believe that’s what’s going to come to me, so a little bit of faith is in there as well.

Well, [I’m] looking forward to more episodes of So Help Me Todd first and foremost. We want to put that into the universe so that comes back to me. That is my intention, to keep making more episodes of So Help Me Todd (wink, wink CBS). Besides that, during the downtime between seasons, definitely shooting movies because that’s beautiful. I love movies as much as I love television. And also if we’re talking about the business side of things, that’s a way to market myself and bring myself to the whole world to make myself international to be like a Kevin Hart, to be like an Issa Rae, to have that recognition so that people will want to support everything that I do.

Watch new episodes of So Help Me Todd Thursdays on CBS at 9 PM EST or stream it on Paramount+.