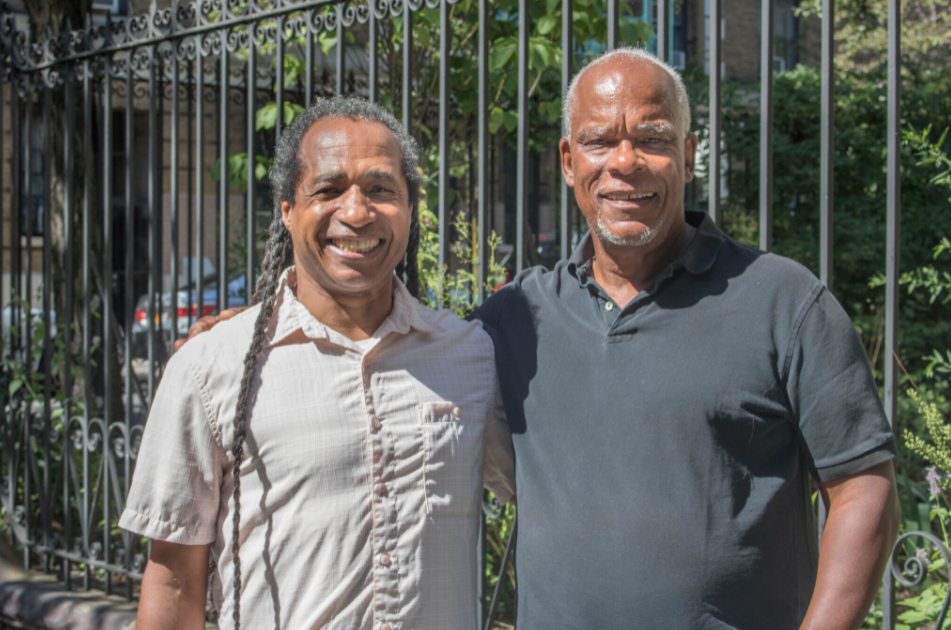 American History being strategically hidden from American citizens is a long held tradition in this country. Tulsa Burning: The 1921 Race Massacre is an outstanding new film by legendary filmmakers Stanley Nelson and Marco Williams. BGN spoke with the co-directors via Zoom about their powerful documentary.

How did this project come together?

Stanley Nelson: A little more than a year ago, I was approached by a company called Blackfin. They wanted to do a project about Greenwood and Tulsa. I knew a little bit about Greenwood because I did a film called Boss about Black entrepreneurship. In that film, Greenwood was a little seven-minute section. I knew it was a bigger story, and I always wanted to do something more comprehensive. So, when I was approached with the project I jumped right on. Russell Westbrook [executive producer] was already on board. From the beginning, we knew that we wanted to get this thing done and out in time for the 100-year commemoration of the massacre.

Marco Williams: Thank you for those generous words. We’re proud of the film. Not an easy story to present, and certainly wanted to honor so much trauma. Both contemporary present day, and of course, historical traumas. Equally, it was a demonstration of resilience and determination. We wanted to honor that as well.

I can’t imagine what it was like going through all of the images to create this film. As you both have taken on the responsibility of telling this story, how do you maintain your own resilience and self care?

Nelson: I think that you’d have to ask my family. I’m not sure. [Laughs.] I think I compartmentalize it in a way. One of the things that I think is interesting, when we talk about this, I haven’t watched the full George Floyd video. I can’t watch that nine and a half minutes or whatever it is, but I can work for months and months and years on these kinds of projects. Maybe it’s a matter of compartmentalizing. Maybe it’s a fact that I’m doing a job when I’m making these films. Maybe because they happened so far in the past. I really don’t know. I do know that, that it would be really hard, harder in a different way for me to work on a film about George Floyd. You have to watch that footage over and over and over again.

Williams: Very relevant question, and I mean I feel it. Most directly because it seems that the vast majority of the films that I am making, or I have made, deal with some trauma in the lives of the people that I’m making a film about. And more often than not, in the lives of my community, my identity, my heritage. I struggle with this. Quite honestly, not to sidetrack too much, but I’m making a film called Murders That Matter that looks at murders in our community that are committed by Black people against Black people. I’ve been following a woman, a mother in Philadelphia. When I started the film, she decided to run for state office in the aftermath of her youngest son being murdered. I started the film in 2016, and just this past March [2021], her eldest son was murdered, and I avoided filming her. And then there was an opportunity to do some filming with her, and I felt horrible. It was like, I don’t want to keep re-traumatizing her because I have a camera on my shoulder, AND I feel that it’s an important story to tell. So I’m struggling with that. Yet I think the way that I do “self care,” paradoxically, is to keep working, is to keep excavating these stories. There’s some analogy; it’s not quite treading water, but if I don’t keep at it, I would drown. Because, you know the trauma is up to my neck. I keep doing it and eventually, I will get into the sanctuary or safety. I hope I’m correct with that. When I finally decide to stop making films I will have gotten to the other shore, and I will be okay, and it will have been worth it.

Williams: I appreciate that. I really do.

There’s so much I didn’t know about the history of the relationship between Black communities and the First Nation Native Americans. Were you aware of that history?

Nelson: Actually I did not know about that connection in Oklahoma when we went into the story. But as we went into the story we were like, “Well wait, how did Black folks get to Oklahoma? How did they get to the West?” And that was part of the way that African-Americans got to the West. They were brought as people enslaved to Native American tribes. That’s kind of a history that we don’t know, that we don’t think about. But I think that’s so much of the film. When we say that famous saying, “Go West, young man,” we don’t think about African Americans. We don’t think about African American families in covered wagons. We think about the land rush in Oklahoma. So much of that history was new [to me], and I think will be new to so many people.

What were your biggest challenges?

Williams: Production started around October 2020, and what I mean by that is that with a small team we delivered the film on May 7. About six months! It’s absurd. You can’t just start at Greenwood on May 30. You need to know a little bit about Greenwood before May 30 for May 31 and June 1 to matter. So, how far back do you go? Do you go back to the state of Oklahoma 1907? The Black codes? There’s Jim Crow, the Trail of Tears, there’s the aspiration of African Americans to be a part of the democracy to get away from all the heart of the southern United States and enslavement. All of that precedes Greenwood. And yet it has to connect to the present day. Those were some of the challenges.

And you did it! Even though it’s a hard subject, what about this project brought you joy?

Nelson: I don’t want to be flippant but it brought me so much joy to finish the project on time. [Laughs.] It’s really better than I ever could have imagined it would be. Also what brought me joy was documenting the building of Greenwood. The film is not only about the massacre and destruction. It’s about the building in 1921, 1920, years before, of this successful place. Black people going West and forming very successful towns. The great thing for us as documentary filmmakers is, they were so proud of their town that they took pictures and got someone to get a movie camera and film the town, so we know they were there. And finding the interviews that were done in the 1990s when survivors were still alive, telling what they remember.

Williams: What brought me joy? The ordinary people sharing the extraordinary moments they’ve experienced. The breadth of scholars, what they care about, commitments and passion for what they do. Even their limitations. And it’s certainly the people I met in Tulsa, for whom this is lived life. They were willing to share with me, their perspectives, part of their lives that I will always carry with me in my heart even if I never see them again. And getting a second chance to work with Branford Marsalis on this film. I went to New Orleans when they recorded, and I just sat at my own private jazz session.That was my own particular joy.

The History Channel Premieres Tulsa Burning: The 1921 Race Massacre co-directed by Emmy Award-Winner Stanley Nelson and Peabody Award-Winner Marco Williams, executive produced by NBA star Russell Westbrook on Sunday, May 30 at 8:00pm ET/PT and will be available as a two-part series on Hulu summer 2021.