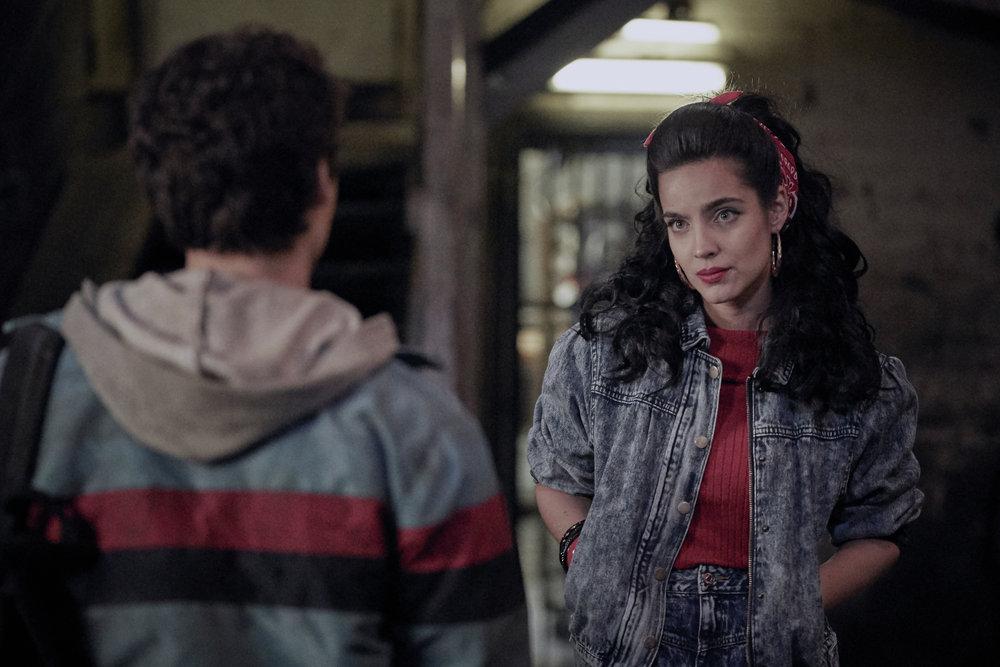 Give me a show or a movie about a group of riled up young adults trying to find their rightful place in the world any day. Cue Syfy’s new show Deadly Class.

The plot centers around a teen named Marcus (Benjamin Wadsworth) who has nowhere to go but through the doors of a secret organization. He is an orphan on the run who gets recruited by Kings Dominion, a school that trains assassins. Students who go there become masters of the Deadly Arts.

After visiting the set and interviewing some of the cast, I came into this show knowing some backstory and some plot points. Even with that, it was a fun episode to watch. This show could be a hit, especially given today’s climate. Lana Condor, who plays Saya Kuroki, says it best, “I think it’s the perfect show to watch right now because a lot of people right now can relate to feeling misunderstood or isolated.”

Marcus is already the designated leader of the misfits, I can tell. He is likable and already tugging at my heart strings as he tries to find his place in Kings Dominion. Marcus may have done some bad things, but somehow, I am still rooting for the kid. 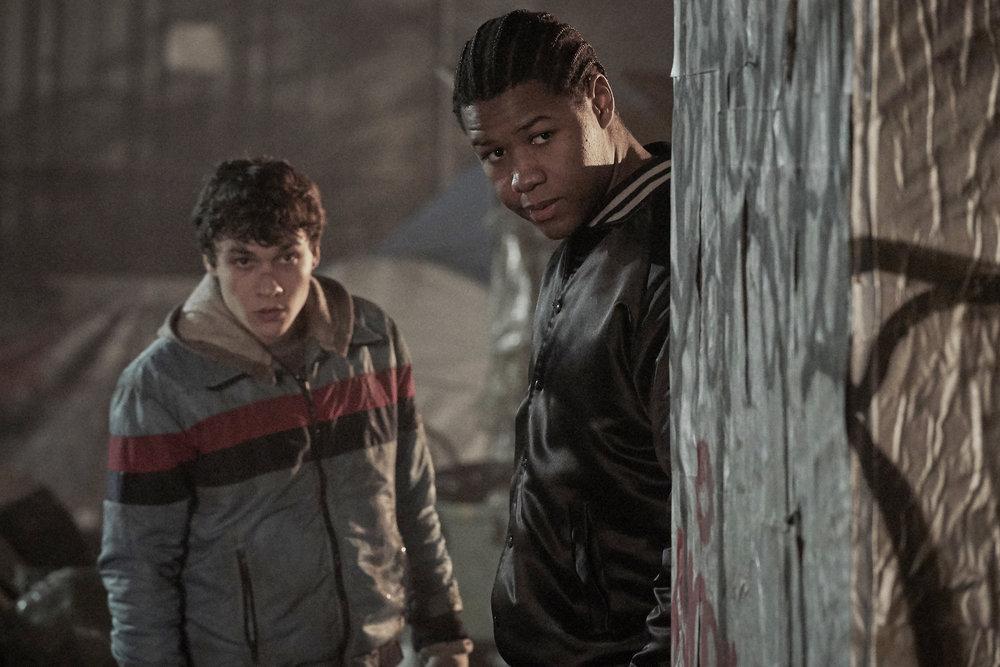 In the first third of the episode we get some decent back story to Marcus and how he got to where he is now; homeless, eating out of trash cans, and a killer arsonist. The best part of this intro to Marcus was the story about his parents’ death. The way his mom and dad died is the stuff of nightmares. A schizophrenic, suicidal woman leaping to her death and falling on top of me is not my idea of a way to go. The manner in which this information is given to the audience gave off some real Deathly Hallows vibes. The animation was clear, concise, and easier to stomach.

In the second third, we see some of the classes Marcus and his soon to be clique are taking. The show reminds me of Hogwarts if it taught people to kill instead of magic. Marcus is our new Harry Potter — cuter and broodier (if you can imagine that). If you thought Brakebills was your new Harry Potter fix, wait until you see Kings Dominion.

The prank played on Victor by Billy, Petra, and Marcus was fantastic. It was very kid-like, but far from innocent. The sound effects were cringeworthy but funny. It was a bonding moment for sure between Liam and Marcus. Basically, Potions class is legit. 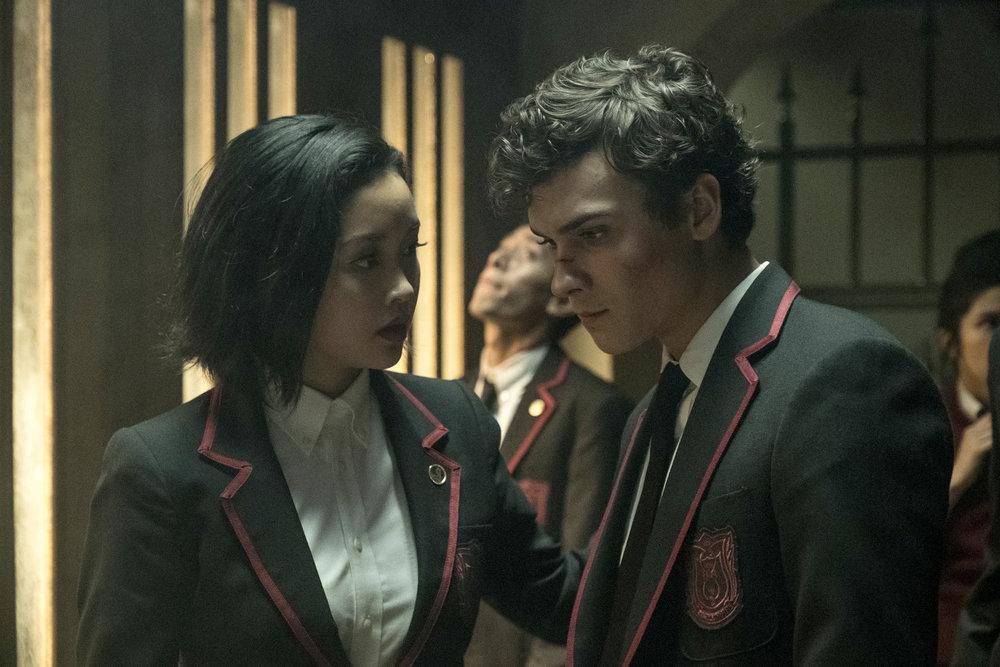 Everyone has to find their tribe, or gang as Maria put it, to survive. This pilot episode is all about how Marcus is factionless amongst a society of different factions. Yes, that is a “Divergent” reference. Seriously, this show is so many teen dramas wrapped into one. It’s that one show that is a clash of all your favorite things. It’s Harry Potter meets Divergent meets Maze Runner. Tell me Wadsworth doesn’t give you young Dylan O’Brien feels.

The last portion of the episode is the building of alliances and the reveals of true characters. The masks come off and vulnerabilities are shown. For one, Willie expresses that fact that he is the head of a gang and in a school for assassins while being a total pacifist. My favorite part in this last third of the show has to be the scene when Marcus and Willie are arguing over X-Men and how badass Dark Phoenix is. Bring on all the nerdy conversations. We can handle them!

The big takeaways I took from this pilot episode are Marcus finds his “safe” place, Willie confides in the new kid, Maria finds someone who will fight for her, Saya may have some hesitation regarding Marcus and her next assignment, and Chico may not be the tough leader he makes himself out to be. Also, Marcus has his sights on killing Ronald Reagan, who he considers the man who ruined his life. Dream big or go home. 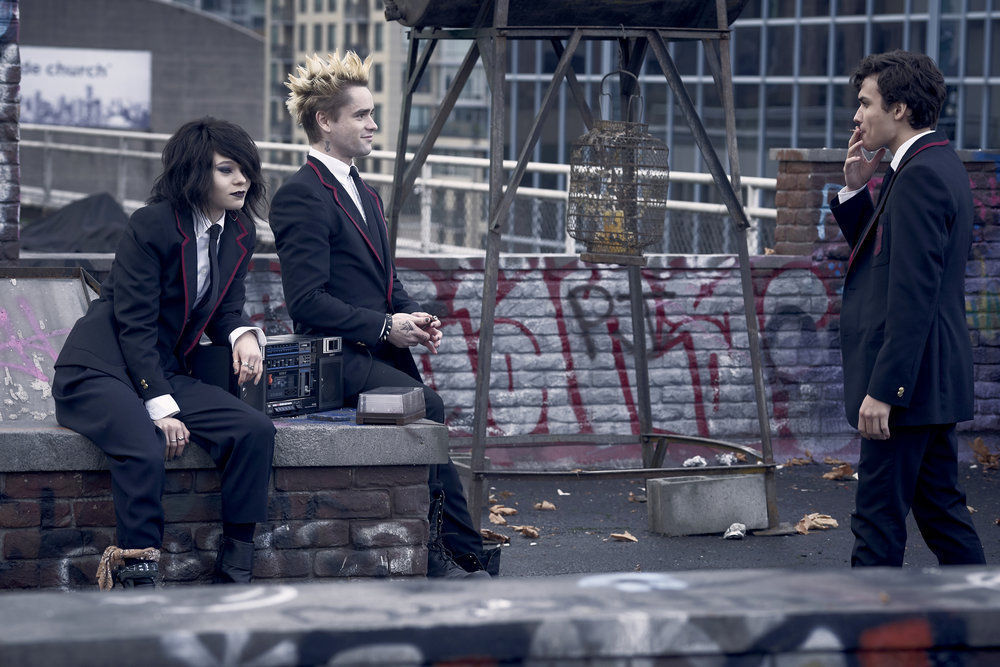 I just have one question: How in the heck is Marcus in AP Black Arts? He doesn’t strike me as an advanced placement kind of guy. But hey, I could be wrong. He clearly fulfills the assignment that Master Lin (Benedict Wong) set for the class, but come on.

Deadly Class is one that I will continue to watch. You should too. “This world is a crazy world, so it’s always good to just lose yourself in a good show with a good story. The characters are so diverse and so well played by all of us” says Michel Duval who plays Chico.

Catch up and watch Episode 2 next Wednesday, January 23, on Syfy.