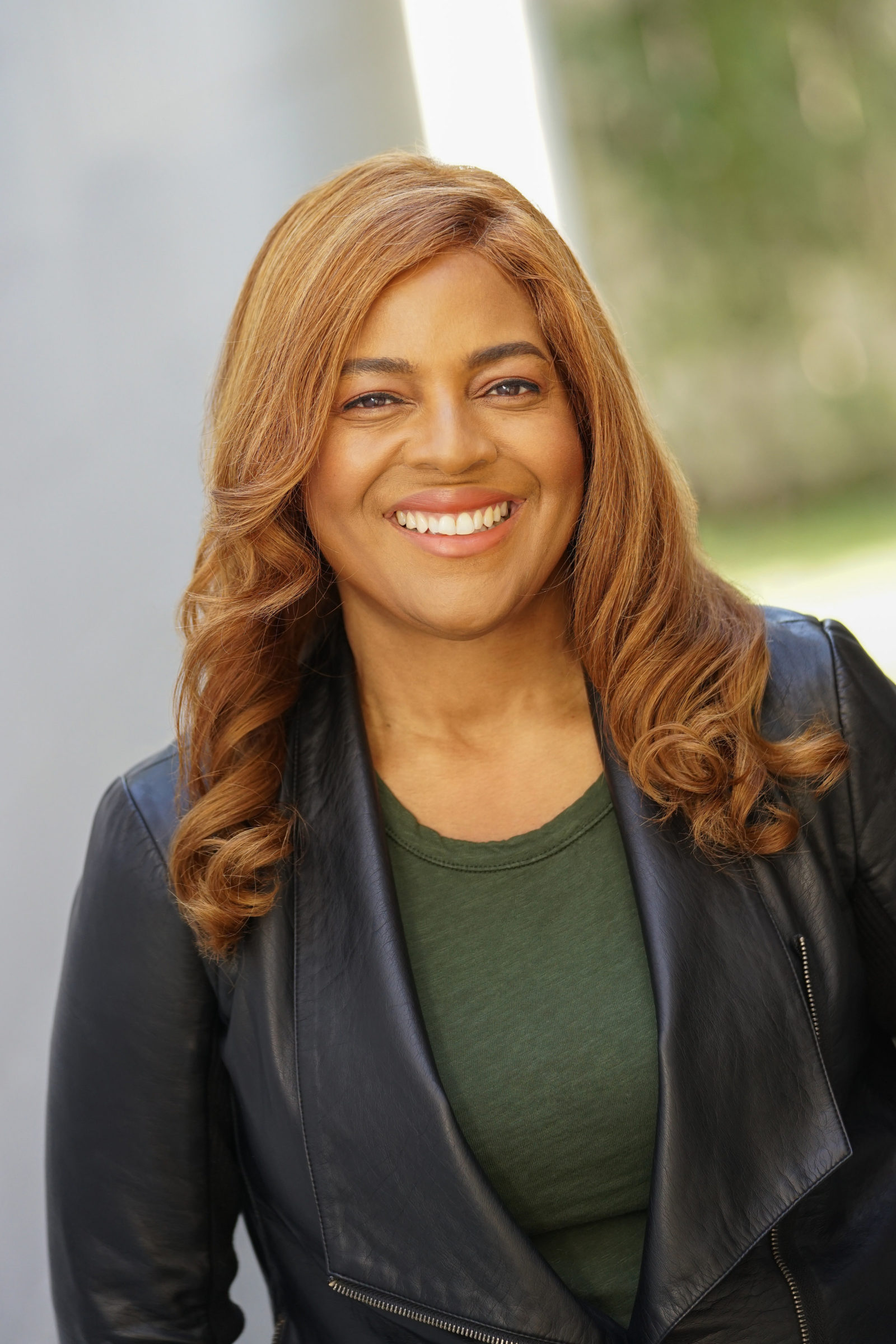 One of the few positions for Black women in the entertainment industry is the role of a TV showrunner.

We immediately think of women like Shonda Rhimes or Ava DuVernay. However, as the above-the-line roles for women in TV expand both in front and behind the camera, we’re slowly starting to see more opportunities afforded to women of color in this medium. One such woman is executive producer Dee Harris-Lawrence, the showrunner behind OWN TV series David Makes Man.

Dee landed her first staff writing position on the TV series New York Undercover. After several years working as a writer and supervising producer, she became co-executive producer of the critically-acclaimed TNT series Saving Grace, following with being co-executive producer of the also critically-acclaimed ABC show Detroit 1-8-7 starring Michael Imperioli. She even found time to work as a co-exec producer on two genre shows — Zero Hour starring Anthony Edwards on ABC and CBS’s summer blockbuster Zoo based on the book of the same created by the prolific novelist, James Patterson.

Not long afterward, she had the privilege of working on the explosive Fox limited series, Shots Fired, executive produced by filmmakers Gina Prince-Bythewood and Reggie “Rock” Bythewood, which examined a cop-shooting incident in the vein of Ferguson. Most recently she was a co-EP on the USA Network show, Unsolved: The Murder of Tupac and Biggie Smalls.

Dee sat down with BGN to share insight about her latest project, David Makes Man. She talks about the creative process, what being “unapologetically Black” means to her, and working with fellow EP Michael B. Jordan.

David Makes Man is such a provocative coming-of-age story. What was it specifically about this subject matter that sparked your interest?

I think it was a few things. The main thing was about David himself. This man, at 14, has to go through his own dope-ridden neighborhood and then going way across town to this other prestigious school — I can relate to that in that way.

I could totally relate to going through your own neighborhood, not being with the people in your neighborhood, and not really knowing everybody in your neighborhood that if you would have gone to school, you would have had a lot more people around you. But it’s like going through those two different worlds putting on those masks — code-switching. Then whenever I talk to Tarell, just think of that, as a female — you realize you have different eyes on you as well, who see you differently. When you realize that, the way you have to present yourself in so many different ways so that you’re not looked upon as being a “bitch.” Even guys don’t t have to deal with when they have to code-switch between two different worlds. So I related to that.

Why is David Makes Man an important story to tell?

It’s an important story to tell because the story is one that we have not seen before. To show up in a way where young Black kids are going through school, going through life having, all the different dreams and daydreams and problems that everyone else has, at 14, at 13, at 9 — that they’re not grown-up.

The images that are going around a lot of times in television don’t depict young Black folks. So when you go out in the world, they are seen as being older. We’ve heard it when we hear the news reports on Trayvon Martin or young girls, and somehow, they seem like they’re grown, people. I feel like it’s important to show images like this that are so universal — that they’re just as human as everyone else.

Black female TV showrunners are hard to come by, but the world of TV seems to be more diverse for above-the-line positions than in film. Would you agree?

It’s definitely changing a lot now. I think, between TV and film, the difference is film led by directors, whereas the television world is led by showrunner/writers. With peak television, there are a lot more channels and different places to go for content, allowing more stories to be told.

Because of all the different channels that need to be served, now you get more, showing that people want to see them. There are a lot more coming up in the ranks now.

What it means to me is not having to explain ourselves. Especially with the drug world. We’re not The Wire. This is not based on that show. What David has to go through is also to show excellence — the Black excellence of our young people. Whether it be Dr. Woods-Trap talking about the language, the history, or having that world where the music is different — it’s also unapologetically human. It’s showing humanity, complexities, and simplicities at the same time. I think it goes to that authentic voice.

Can you talk to us a little bit about your collaboration with executive producer Michael B. Jordan? How much insight did he put into the show?

Tarell and [Michael B. Jordan] went out pitching the script together. Because [Jordan] he felt so strongly about getting all these various stories out there, he would read the script, look at the cut, and give an opinion through his personal life. As far as publicity and marketing go, where he was in the conversation early on, when we did the one-sheets, as he’s learned through going through the world of Black Panther and all the different movies he’s done, we were able to get different ideas from him in that in that way. He came out with us at Sundance, when we first brought the story out, and he came out for the premiere. He has been majorly a champion, though, unfortunately, we cannot clone him into all these different pieces so we could have him all the time. But he has been definitely there when we need him.

What have you learned as an executive producer while working on this series?

I think one of the major things that I learned is that I do love being an executive producer. I love being able to have a hand in a story that I felt so strongly about, assisting Tarell in putting a vision out there, and seeing how much young challenge there is out there. It was amazing to see when we did the casting calls for young people, from LA to Atlanta to DC, even overseas, how much talent is out there. That got me super excited in wanting to tell as many stories as possible and get as many shows on the air.

Another thing I learned is that you are the person who has to answer a million questions. Doing your homework in the beginning, realizing, okay, I can have the answers to all these questions, and then we see those things that you had on the page that you get to send forth, and trying to gather the right people and put the pieces together — there’s no feeling better than that. So I learned a lot as a showrunner.

I’ve been in this business for a while. So being able to utilize everything that I’ve seen, learned, listening to, seeing how things are done and being able to toggle all that together and put it forth — I’m very proud of this show.