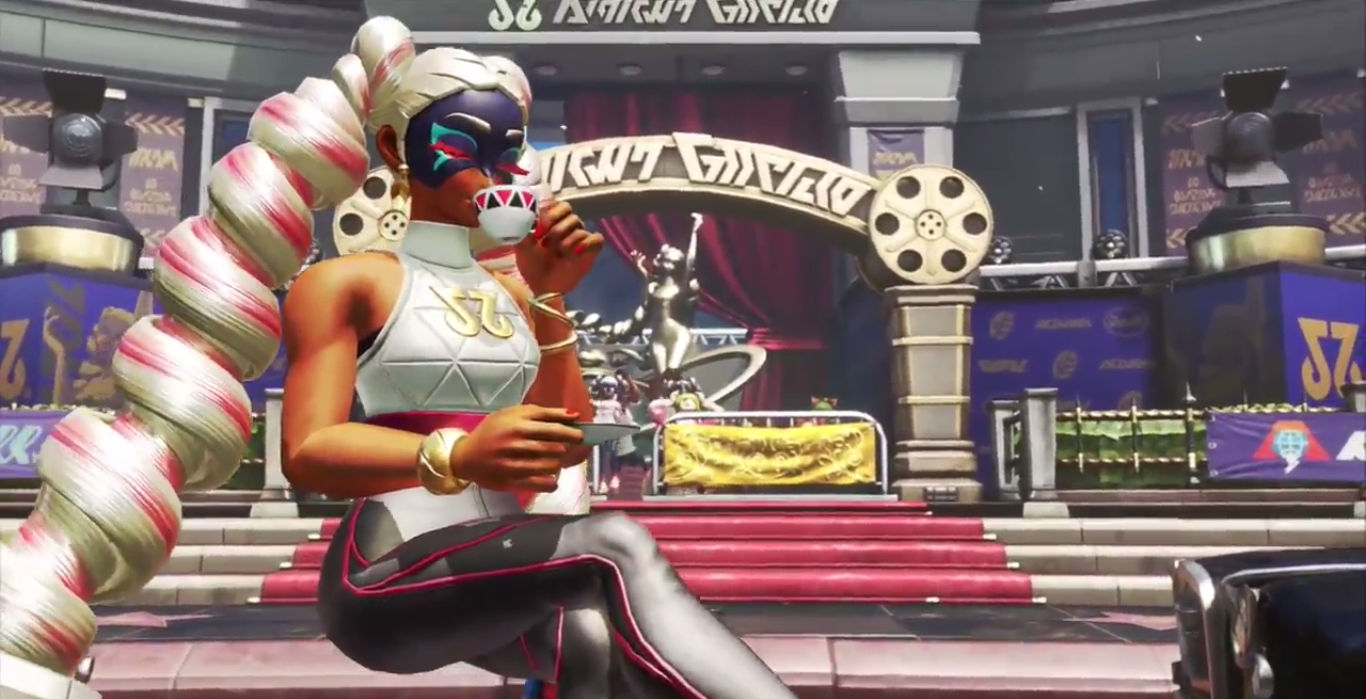 ARMS is one of the newest titles to hit the Nintendo Switch. It is a two player, simple motion fighting game. You play with a JoyCon in each hand and select different gloves to create combos and unleash a variety of abilities.

Have you seen the newest character, Twintelle? She’s a celebrity who decided to join ARMS Grand Prix. She is a dark-skinned movie star with her own company, Twintelle Productions –yas, two snaps! She has a knockout do … no literally, she fights with her hair.

Twintelle broke the internet with a real booty. Everyone is swooning over her thickness. Her outfit consists of a black mask, sleeveless top with her gold emblem in the center of her chest, purple belt, black pants that have a purple stripe going down the side, and to complete the ensemble, sneaker heels.

Her character seems pretty solid. Her weapons include:

Chilla – a standard punch with the damage of 90

Parasol – a shield punch with the damage of 90

Thunderbird – an electric bird punch with the damage of 80

While charging up ARMS she’s able to slow down for a short time, which is a useful ability.

I am really looking forward to playing her regularly. I’ve seen a lot of negativity about her “weaponized” hair. As a black woman (a Natural Hair Gamer), we say our hair is strong and we take pride in it. We finally see a dark-skinned female character with banging hair and we want to shame the creators? And not to mention, her glow (Actress Aura) slows down attacks. Is this not the definition of Black Girl Magic?

“Yo, you can’t touch me ‘cuz my shine too bright,” – Twintelle, The Silver Queen.

This slay-jutsu she’s casting on everyone is working!

She is an A-tier ranked character, meaning she’s super good. Twintelle was not made to be a gimmick character. She wasn’t given to us to pacify our representation requests.

Twintelle is not the only black character in ARMS. There is Ninjara, who is S-ranked.

ARMS is set to release June 16, 2017, only available on the Nintendo Switch.