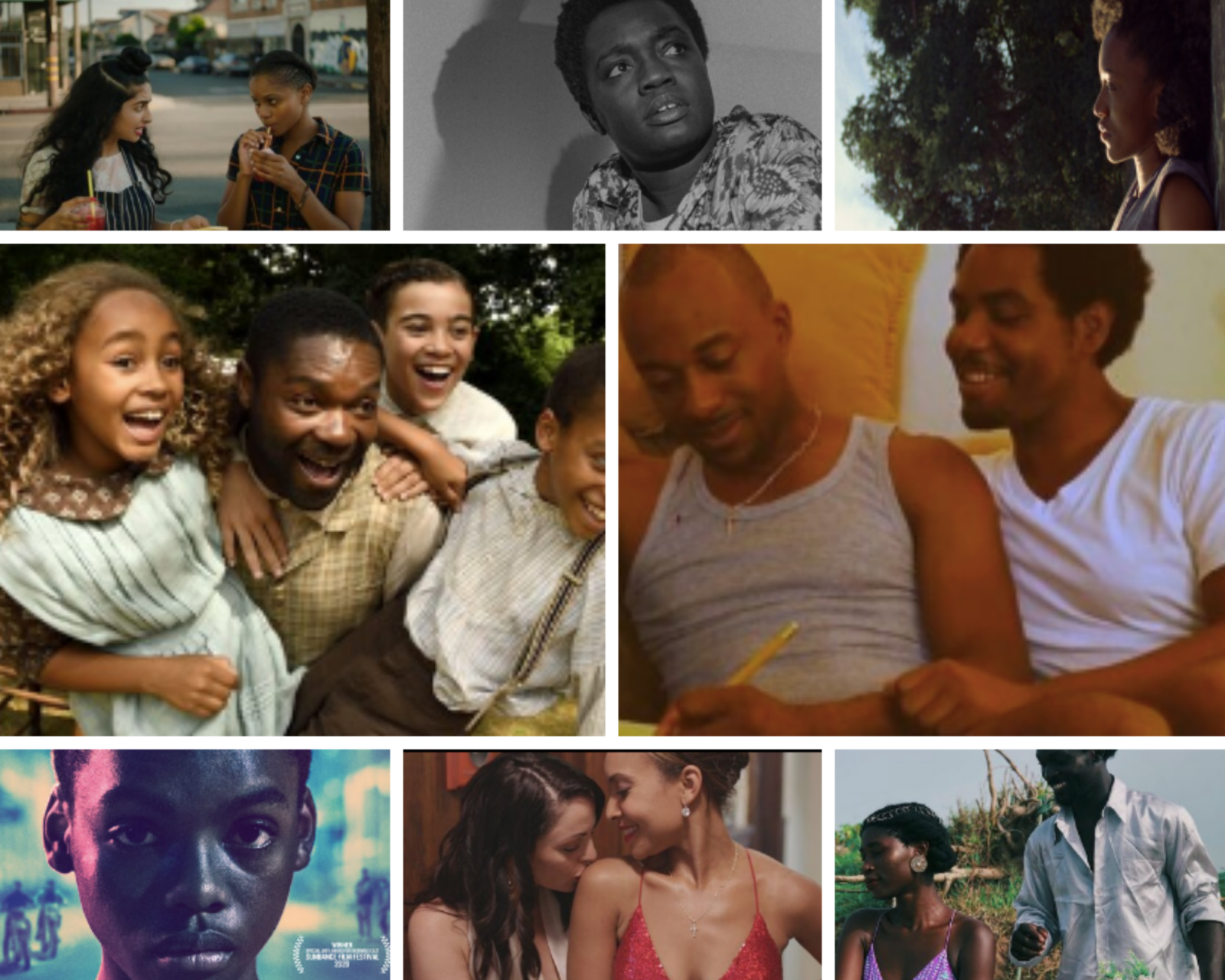 The 24th Annual Urbanworld Film Festival along with founding partner HBO and prestige partner WarnerMedia, announced its 2020 virtual festival slate today.  The slate of over 100 official selections panels and conversations will all be seen online at urbanworld.org from Wednesday, September 23 through Sunday, September 27, 2020.

“In an unimaginable year of change, we remain inspired by the creativity, culture and community that prevail in this brave new virtual world.   Powerful storytelling is now more important than ever and Urbanworld is proud to be a consistent platform that brings Black, Indigenous and people of color storytellers and audiences together from across the globe,” said Gabrielle Glore, Festival Director & Head of Programming, Urbanworld Film Festival.

Some of the spotlights and conversations of the festival include:

David Oyelowo’s feature directorial debut, The Water Man, will open the festival on Wednesday, September 23, 2020 at 7:30 P.M.  Oyelowo also stars in the fantasy-adventure film that follows a boy who sets out on a quest to save his ill mother by searching for a mythic figure said to have magical healing powers.  A conversation with Oyelowo, Rosario Dawson, Lonnie Chavis and Amiah Miller moderated by the Emmy Award-winning Ava DuVernay will immediately follow the screening, as well as a special music performance by Grammy® nominated Alice Smith.

On Thursday, September 24, 2020 at 6:00 P.M., there will be a conversation around HBO’s Siempre, Luis, a portrait of the pioneering activist Luis A. Miranda Jr.  Miranda is a decades-long fighter for Latino communities, a key player in the New York and national political arena and a loving father of three – including the award-winning composer, lyricist and actor, Lin-Manuel Miranda. The discussion will include clips from the film and panelists, director John James and Miranda.  It will be moderated by journalist Julio Ricardo Varela.

Hulu’s Bad Hair will screen on Thursday, September 24, 2020 at 8:00 P.M.  The horror satire set in 1989, follows an ambitious young woman who gets a weave in order to succeed in the image-obsessed world of music television. However, her flourishing career comes at a great cost when she realizes that her new hair may have a mind of its own.  A conversation about the making of the film with writer/director Justin Simien, Lena Waithe, Elle Lorraine and Kelly Rowland moderated by influencer/entrepreneur Tahira Joy will follow.

In an industry historically led and validated by white men, the dearth of executives possessing the authority to usher in BIPOC storytellers is pronounced.  The Hollywood system’s imbalance of power prevails, but fearless women are stepping into spaces that empower them to lead transformation.  MoCADA’s Amy Andrieux will have a one-on-one conversation with Alana Mayo, President of Orion Pictures on Friday, September 25, 2020 at 6:00 P.M to discuss how this next chapter change agent is impacting how content is created and how deals get done.

Candyman director/co-writer Nia DaCosta, Teyonah Parris and Vanessa Williams will appear at the festival on Friday, September 25, 2020 at 8:00 P.M. for an intimate conversation around thecontemporary incarnation of the cult classic. Moderated by journalist, Kelley L. Carter, the four ladies will offer a sneak peek and discuss what audiences can expect with the upcoming film that Universal Pictures presents from Metro Goldwyn Mayer Pictures and Jordan Peele and Win Rosenfeld’s Monkeypaw Productions, in association with BRON Creative.

Saturday, September 26, 2020 at 2:00 P.M. will feature a spotlight on Peacock’s Noughts & Crosses,the provocative series that reimagines an alternate universe in which Africa colonized Europe and the racial power structure, as we know it, is turned upside down.  Series stars Masali Baduza and Paterson Joseph will discuss the series with award-winning journalist Isha Sesay.

AMC Networks’ rapid-fire 3-part presentation highlighting its forthcoming television series’ that will debut this fall will happen on Saturday, September 26, 2020 at 4:00 P.M.  The Root’s Danielle Belton will serve as the thread across these conversations that will feature cast and filmmakers from the shows.  From Gangs of London, executive producer/director Corin Hardy, Ṣọpẹ Dìrísù and Paapa Essiedu.  From Soulmates, Shamier Anderson, Kingsley Ben-Adir and Georgina Campbell and from The Walking Dead: World Beyond, executive producerand showrunner Matt Negrete, Alexa Mansour and Aliyah Royale.

Desperate for a breakthrough as she nears the big 4-0, struggling New York City playwright Radha finds inspiration by reinventing herself as a rapper in Netflix’s The Forty-Year-Old Version, the directorial debut of actor/writer/director/producer Radha Blank.  The filmmaker will discuss the film on Saturday, September 26, 2020 at 6:00 P.M in a conversation led by writer/director Robert Townsend.

A screening and conversation about HBO Max’s Charm City Kings will debut on Saturday, September 26, 2020 at 7:30 P.M as director Angel Manuel Soto, producer Caleeb Pinkett and stars Jahi Di’Allo Winston and Will Catlett unpack the heart and soul of the film.  Inspired by the critically acclaimed 2013 documentary 12 O’Clock Boys, this narrative adaptation shares a coming of age story, wrapped around Baltimore’s infamous dirt bike community and brings a revered city tradition to audiences, punctuating similarity to marginalized cities around the country.

In 1997, Urbanworld’s inaugural year, writer/director/producer David E. Talbert won Best Dramatic Feature for his film A Woman Like That.  In 2013, he returned to open the festival with Baggage Claim.  On Sunday, September 27, 2020 at 1:00 P.M. Talbert and his wife/producing partner, Lyn Sisson-Talbert, share their journey in the industry with a look ahead to the transcendent content they have on the horizon, including the upcoming Jingle Jangle: A Christmas Journey, Netflix’s first original live-action musical. Tre’vell Anderson will moderate and celebrate the legacy of this Urbanworld alumni.

Come Away will close the virtual festival on Sunday, September 27, 2020 at 3:00 P.M. The film imagines a world before Peter became Pan and Alice visited Wonderland, and stars David Oyelowo and Angelina Jolie. The screening will be followed by a conversation, moderated by Urbanworld Film Festival Founder Stacy Spikes, with Oyelowo and Alice herself, actress Kiera Chansa.

All access passes, day passes and tickets for opening night are on sale now at urbanworld.org.  Follow @UrbanworldFF on Instagram and Twitter and use #Urbanworld20 to join the conversation about the festival on social media.

Come Away – Directed by Brenda Chapman

A Shot Through The Wall – Directed by Aimee Long

The Killing of Kenneth Chamberlain – Directed by David Midell

Lily Of The Valley – Directed by Giovanni Rustanto (Indonesia)

Dark City Beneath the Beat – Directed by TT The Artist

On The Whistle – Directed by TJ Noel-Sullivan

Remember When – Directed by Paola Ossa

The Other Side – Directed by Josh Leong (Ethiopia)

A BLOSSOM IN THE NIGHT  – Directed by Tayo Amos (World Premiere)

Down Dog  – Directed by Shae Xu

How Can I Forget  – Directed by Natalia Andreadis (United Kingdom)

Through the Wire – Directed by umi (World Premiere)

What the Wind Carries – Directed by Trey Ellis, Chris Chuang

My Father The Mover – Directed by Julia Jansch (South Africa)

Out of the Shadows – Directed by Rafael Samanez

About Her – Directed by Wagner Cinelli (Brazil)(World Premiere)

How To Catch A Unicorn – Written By Chad Quinn

If You Seek Britney – Written By Ama Quao