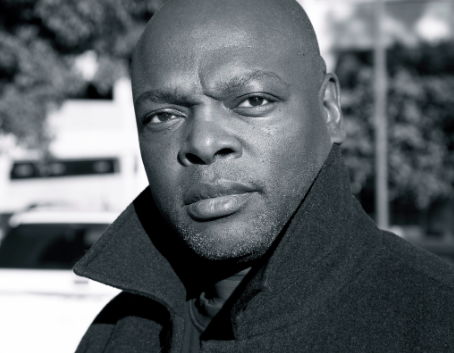 Multi-hyphenate Charles Murray does it all — he writes, he produces, and he directs — and his latest film #Truth premieres at Urbanworld this week.

The film #Truth, stylized with a hashtag in front of its title, tells the tragic tale of Lanie (Simone Missick), a woman who is cyberbullied and slut-shamed online. The calamitous result of being treated this way results in her committing suicide. Her cousin Stewart Cooper (Dorian Missick) is determined to investigate the series of events that occurred shortly before her suicide and get to the root of the truth of what led her to have an affair with a married pastor (Michael Beach). When Stewart uncovers some dark secrets about Lanie’s pastor, social media is used as a tool to exact revenge.

Charles Murray has had a long career as a writer for TV working on such shows as Third Watch, Sons of Anarchy, and Luke Cage. He’s also served as producer on those shows and co-produced others like Castle and Criminal Minds. Murray also teams up again with husband-and-wife team Dorian and Simone Missick. He’s worked with both before in film and TV and brings this mystery thriller to Urbanworld.

BGN had the chance to sit down with Murray to discuss crafting this story, the growth of cyberbullying on social media, and if his Oscar Micheaux biopic project with Tyler Perry will ever see the light of day.

Please briefly share with our readers what the film #Truth is all about.

The funny thing about this little movie of mine is that it keeps changing. I’ll pitch it to someone, and then a few people will see it, and they’ll talk to me about it, and then it’ll change my perspective. When I would talk to people about it, it would be about this journalist whose cousin committed suicide because she gets slut-shamed. He investigates her death for his own understanding and eventually comes upon the people he feels are responsible. But then, the more I start talking to people, they were like, “Yo, this is really about the ills of social media,” how people can act out through social media, and the damage that it causes afterwards. That makes a lot of sense. So now, the logline is it’s about a journalist who uses social media to exact revenge on the people he feels are responsible for his cousin’s suicide.

This theme of web shaming and cyberbullying is focal point in the film. What was it about this subject matter that compelled you to create a story around it?

I hate bullies. Fortunately, I’m a person who can’t be bullied because of my own persona, my height, my size. But in this town known as Hollywood, you see a lot of people bully out of insecurity and you see a lot of people bully out of their power position. It’s a constant that’s around me being in this business. The impetus was, I was watching All The President’s Men. I was between jobs, and I was looking for my next job or something to do. I thought, wait a minute. Are there movies about Black journalists? And not about the fact that they’re Black or having anything to do with race, just Black journalists. I was like, “Okay, I’m gonna just write a movie about journalists.”

I love journalists movies because it’s as close as you can go to a detective without calling the main character a detective. While I was doing that, I’m on social media, and the comments that you read online are horrendous sometimes. So I thought, journalism, in the form that I know it, newspapers, magazines, are going away. Blogs, vlogs, social media, are becoming the new journalism. Social media is becoming the new journalism because the power of a thousand Twitter voices can get people fired or change someone’s career or shame someone. I started thinking about how a journalist would respond to them.

There’s a moment in the film when the detective investigating Lanie’s suicide tells Stewart that cyberbullying should be a crime. Do you agree?

Yes, I do. If hate crimes are punishable, if someone comes and puts a swastika on my house, or if someone burns a cross in my yard, are they physically touching me? No. But they are invading my space with their hate. I’m sure you’ve heard of stories where, like, people have committed suicide because of social media. I read about some 9-year-old kid who was bullied into killing herself. Bullying is bullying, and hate is hate. There shouldn’t be a line in the sand with how it’s delivered.

Do you feel like the culture of social media has made it easier for everyone to participate in bullying? Even people who wouldn’t normally do that in their day-to-day lives feel more inclined to bully strangers on the internet?

I feel what hasn’t been explored is what’s going on in the lives of bullies. There are studies that say 9 times out of 10, if a husband or wife is domestically violent, you can go into their past and find that something like that’s been done to them. And they normalize it. We live in a society of haves and have-nots. Everything that’s not in your space is an advertisement for either something you lack, you can’t have, you’re not good enough for, or you’re not wealthy enough to have. For a lot of this disdain for others and these attacks, we have to think about the way people are living, the way people are ingesting this media. Because it’s a part of a world that they can be in or be connected to.

A lot of times when you read these posts, it’s not just about someone attacking you because they’re doing it out of vileness. No, they’re doing it out of lack in their own lives. It extends beyond someone thinking that they have power over you. I think a lot of times these attacks through social media are about how they feel they can knock down someone who they may feel has power over them. That’s why I think it embraces more than just the normal understanding of the bully. It allows you to, in a weird, weird way, normalize people to whatever your idea is, or whatever your fears, whatever your insecurities, and you can do it without being exposed.

A few years ago it was announced you were penning the script for an Oscar Micheaux biopic starring Tyler Perry. Will that ever see the light of day?

I believe so. I’m very committed to doing it. Tyler is a busy man. He started a streaming service with BET, writing and directing all of the TV shows that are going to be on BET so far. I wrote a couple of drafts, and then they brought in another writer to take it farther down the lane. I know HBO is really committed to it. The book is amazing. It’s called Oscar Micheaux: The Great and Only. As I was exiting and the other writer was entering, HBO’s commitment to making the movie was set.

You’ve worn so many hats, and you have an impressive body of work as an executive producer, writer, and director. Is there a role you enjoy the most?

Mr. Mom. I have a 17-year old, a 15-year-old, and I’m guardian to a 13-year-old. I gotta tell you that I am amazed at these human beings. The executive producers are my 17-year-old daughter and my 15-year-old daughter. Raising kids that you like, just love and get along with is the role I enjoy most.