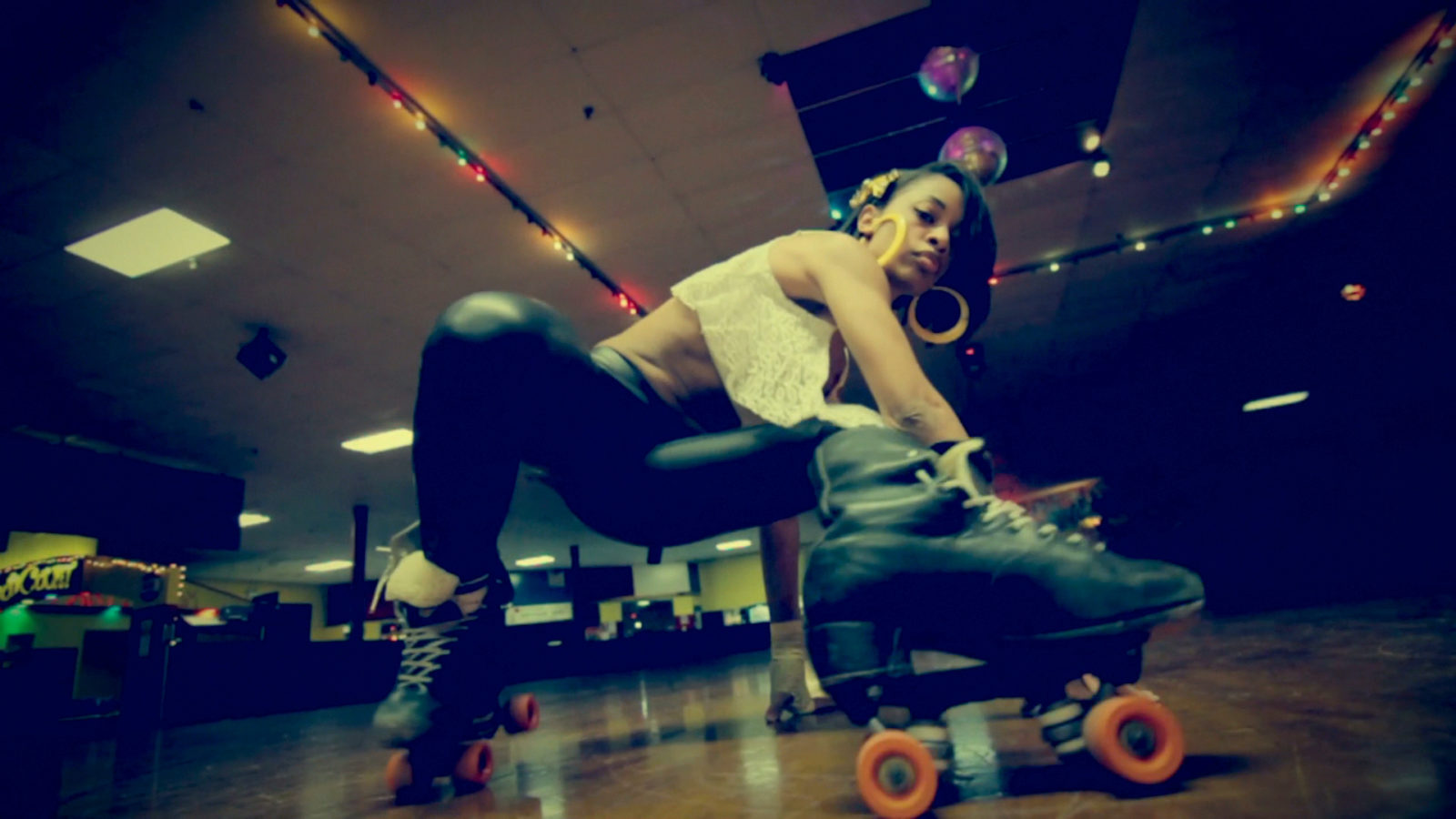 United Skates is a beautiful archiving of the underground skate culture within African-American communities across the nation. From Chicago to Los Angeles to Maryland, United Skates takes us on a transparent journey through the lives of those directly impacted by the skate culture, the residue of gentrification, and the generational, cultural legacy that has been passed down from previous generations. For many African-American communities across the country, skating was cathartic and created a sense of unity and comradery in the community.

United Skates gives a compassionate and in-depth look into the historical and cultural legacy of skating within African-American communities across the nation.

In the film United Skates, Reggie Brown, Phelicia Wright and Buddy Love amongst many others, give viewers the opportunity to better understand skate culture. Through these families and vignettes, we are able to witness that skating cultures vary from state to state, and it is also evident that systemic gentrification and zoning is directly impacting this sub-culture in urban areas across the nation. As evidenced in the film, in urban areas the land value has gotten so high that skating rinks across the country are getting bought out for commercial use. This commercialization of cultural hubs is greatly affecting a historical legacy.

What makes United Skates so special is that it is so up close and personal. We get a chance to see how inner-city skating communities shaped what we have come to know as hip-hop. Hip-hop was born out of the roller-skating culture in Black communities. Hip-hop pioneers such as: Queen Latifah, Ice Cube, Dr. Dre, and Salt-n-Pepa all began their careers doing skating rink tours in skating rinks. We learn that the connection between roller rinks and music go hand in hand and that having a good DJ at your skating rink could make or break the business. In the words of Pepa, of Salt-n-Pepa, “Roller-skating was hip-hop. It was the streets…a place where everybody met up.” The roller rink was not just a place where people came to hang out. It was also a neutral zone, where rival gangs and communities would come together, call truces and be in harmony together as one within a community. For others, the roller rink is a place to release the stress and pressures of life, and just let the music take over. 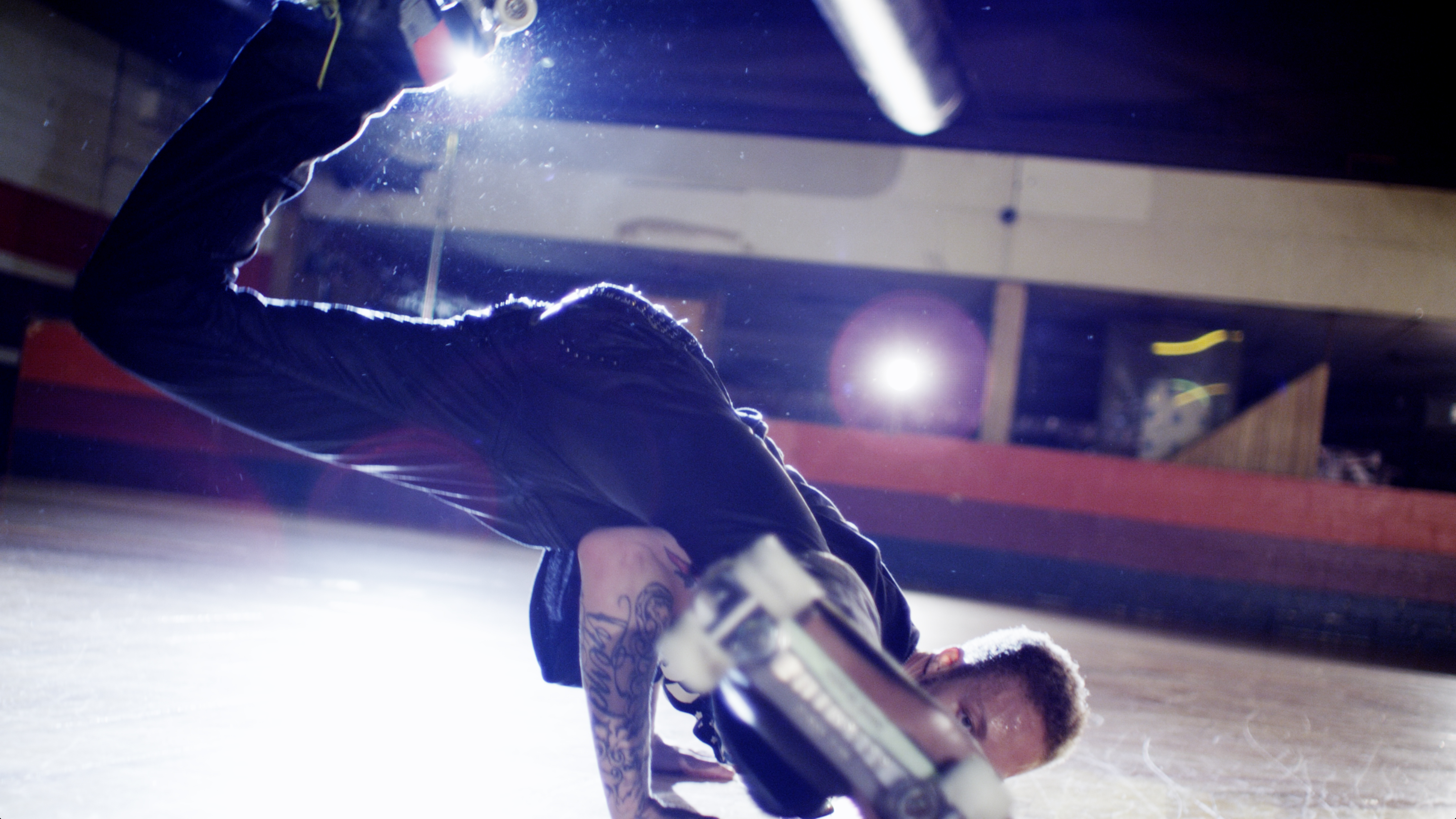 In United Skates underground skate culture has a life all its own, inclusive of unique fashion styles, skating styles, and culturalisms that make each region or state where skating is present and unique. By getting a glimpse into the skating culture in Los Angeles, we see that it is in LA that skaters took their “Foot game to a whole other level.” Skaters take their favorite shoe, whether it is a Converse, Timberland or Loafer, and put that on a roller-skate.

It is through practices like this, that we see the creativity in a non-traditional manner in which most marginalized communities take ownership of their own experiences. This is nothing new in African-American communities across the nation. Where communities affected by systems designed to suppress their existence, find unique and alternative ways to overcome while still maintaining the community’s own unique essence. From one state to the next in United Skates, we are able to witness the genius ways in which each community has uniquely made skating their own.

United Skates does not shy away from allowing viewers to see the subtle, discriminatory rules and practices that are put in place in roller rinks as a means to keep Black skaters in their place. Small wheels, line skating, and unique dance moves are even prohibited in certain skating rinks. In one instance, Phelicia Wright, and her family are asked to leave, because some of them have small wheels on their skates. As the family is leaving the skating rink, cops arrive. Though, the family did not commit a crime.

United Skates reveals that it is not uncommon for rinks to have “Adult-Night” which equals “Black Night”. We learn about code language on signage in roller rinks such as “R & B Night”, “Martin Luther King Night” and so forth. Code language set up to denote when Black people would be attending a roller rink, and on those nights there would almost always be extra security and cops present even if roller rink owners did not call the authorities.

However, these subtle rules that lend themselves towards segregated skate nights do not prevent those committed to skate culture from coming together as a community, traveling long distances to national skate competitions and skate parties, and holding on to the rich, generational legacy of skating passed on to them by either family or the culture.

The richness of Black culture is evident in United Skates. From the resilience of the communities, to the unique fashion sense of skaters and their custom skates, one thing is for sure — while gentrification and oppressive regulations may aim to subdue skate culture in communities, the spirit of the people and the culture reign supreme.

Despite the harsh reality that skating rinks are closing across the nation, directors Dayna Winkler and Tina Brown have created a fast-paced feel-good vibe that will make you want to grab your friend, string up your laces and hit the skating rink. This film gives a glimpse of the skate culture in a way that has never really been seen before. Through United Skates we are brought back to remembrance, the price that has been paid for some of the very liberties that we are able to exercise today. This film reminds us that it is up to us to keep the skate culture alive and to not let go of the culturalisms that matter so much to our communities when commercialization and gentrification occur.

United Skates is screening at Urbanworld. The running time is 89 minutes.