We’re recapping three of the most recent episodes of Eyewitness. Warning, people are dropping like flies in Tivoli, NY.

It’s really awesome seeing Helen and Gabe work so hard to get Philip’s mom into rehab. Her reliance on him is so problematic. It would be interesting to get more insight into how he copes with it. Right now, it definitely manifests in how he deals with Luke and his manipulations.

Kamilah’s relationship with her sister went from slightly dysfunctional to something much more sinister. Unfortunately Sita’s behavior is putting Kamilah in Ryan’s crosshairs. He’s clearly one not afraid to “clean up” messes.

Helen’s detective work is pretty effective. I just hope she doesn’t end up dead because of it. That would be an interesting twist, but then the story would come to a screeching halt since she’s the antagonist. But it would shake things up without introducing another plot line. We don’t need another plot line.

In spite of the many plot lines, the humanization of the characters is definitely nice to see. Listening to Mithat, a hardened drug dealer that caused one woman to lose her baby, talk about Bella definitely rounds him out more as a character. And seeing Helen grapple with her efforts to connect with Philip while trying to solve a heart-wrenching case, seems like a more realistic portrayal of a police officer than some shows that mainly show the police work and rarely the families and sacrifices.

Luke’s awkward meeting of Philip’s mom helps make him less of a tool. He actually shows some vulnerability that isn’t linked to him getting something in return. There is definitely a lot of manipulation going on in this show. At least when Philip is manipulative, he uses those skills to get his mom into rehab.

It is interesting watching Luke be affected by what happened in the cabin. He saw three people get shot and killed. It’s a bit easier to understand how Philip can seem unaffected. He’s had quite a lot of trauma in his short life, but Luke has been a sheltered, rich kid his whole life.

Man…Agent Sketchy did take Bella’s virginity before he killed her. Now he’s pinning it on her father. That man will go to some great lengths to cover his tracks. But why?

I guess that’s the big question to be answered this season. Why is Agent Sketchy killing folks and setting people up to take the fall for his crimes?

But before we get the answer to that question, we will ask and answer many more. So right now, he’s tying up loose ends with the Bella case to focus on the drug case. Sita is continuing to throw a wrench in everyone’s plans. Before she puts a bullet in Mithat’s head, we find out that he hired her to do a hit.

Hopefully, we’ll find out once Sita’s allowed back into the gang.

Thank goodness Philip finally tells Helen that Luke knows what happened in the cabin and where they hid the gun. It will be interesting to see how Agent Sketchy explains his way out of this new development.

Will Helen’s investigation into Luke being in the cabin lead to her or Luke getting killed? 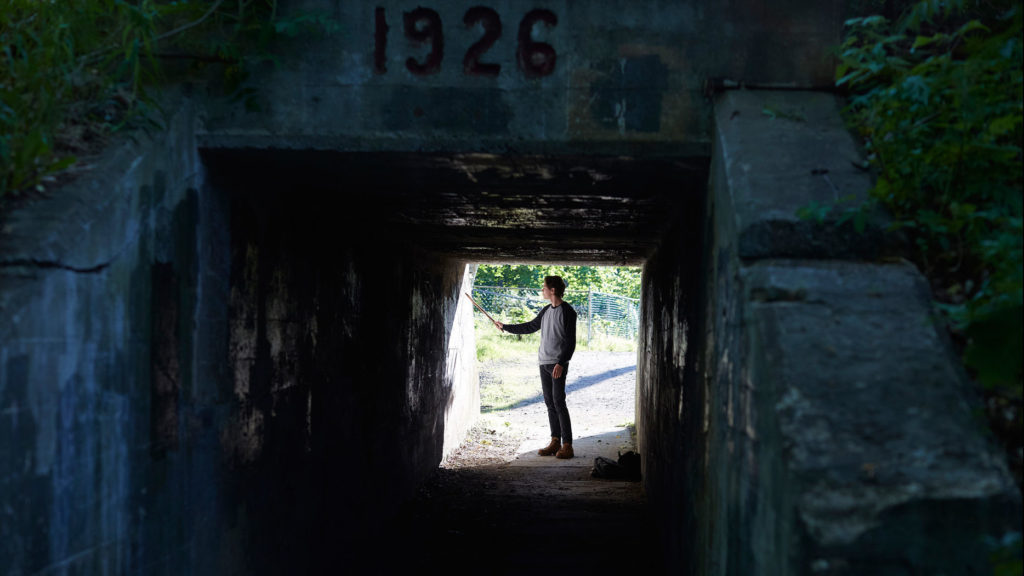 Agent Sketchy is going above and beyond to convince Helen to stop investigating. I can’t help but wonder when she’s going to realize that he’s doing the most to get her to stop. He’s seriously underestimating her, and I’m sure that’s going to be is undoing. I’ll be watching to see.

Poor Philip. He’s learning the hard way just how far Luke will go to protect himself. Not only did he take the gun out of the water, but he lied about his knowledge of it. He totally threw Philip under the bus in the worst way possible then abandoned him.

Now his betrayal is having ripple effects. Helen is investigating Philip. Gabe is pissed that she doesn’t believe Philip. Agent Sketchy is looking into Helen’s background. None of these things is going to have a positive outcome if they’re not handled.

Kamilah and Helen are forming a tenuous friendship of mutual utility. They both use each other when needed. I think this “friendship” will have some consequences in later episodes. I think it may lead to the downfall of Agent Sketchy, but not before one of them is killed or injured in the process. We’ll see.

I can appreciate that Philip looks Luke in the eye as he lies further about him stealing the clock to buy drugs. It is pretty heartbreaking watching him call social services to tell them that he needs to be re-located right in front of Helen and Gabe.

It does look like Agent Sketchy is plotting to do something harmful to Helen. It’s hard to tell if it’s going to be murder or something that will lead to her sanity being questioned. The one thing about him investigating her that seems off is how incomplete it is. It looks like he’s focused on finding the one thing he can use against her rather than doing a thorough investigation into who she is and what she’s about. This feels like a mistake.

What doesn’t feel like a mistake is Helen helping Sita avoid arrest in enough time to get the baby away from her and to Kamilah. This secret partnership should pay off for both of them.

Dang…Agent Sketchy is quick to kill somebody. It looks like Tony may have saved Helen’s life – for now, at least.

So…I didn’t fully expect Sita to go for a dive off of the bridge, but I figured she would do something drastic. She definitely seemed pretty hopeless when they were talking about California at the gas station.  She may or may not be dead, but she’s taking major steps to remove herself from the equation.

What I didn’t see coming was Luke doing the last minute Hail Mary to tell Helen the truth about the cabin and the gun. I guess the thought of Philip being gone was enough to cause him to stop being shady and tell the truth.

So let’s recap the questions raised in this episode of Eyewitness: 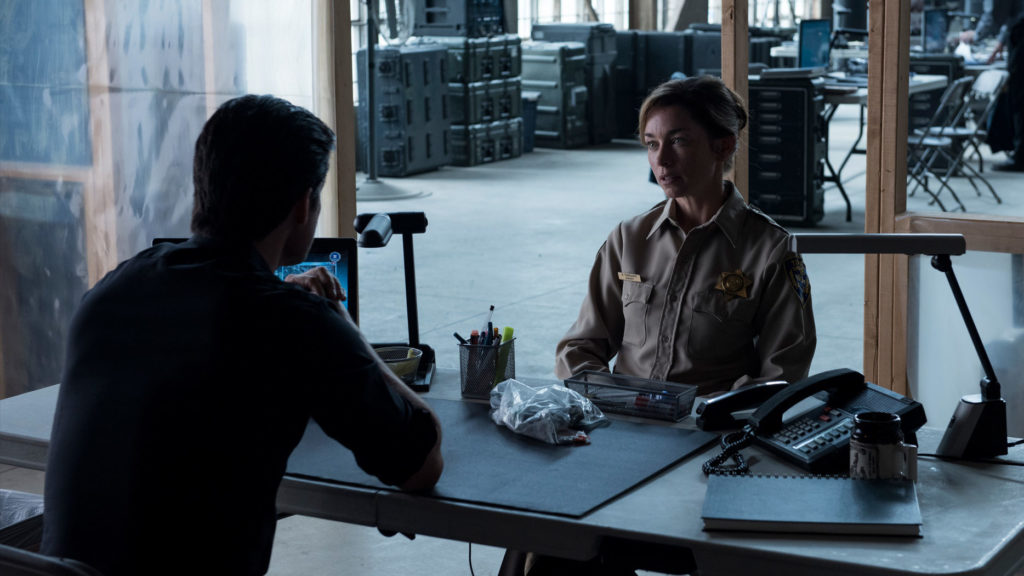 Awwww Luke finally did something to show that he truly does care about Philip, but his fear of being found out causes him to leave some things out of his cabin story when he tells Helen. This will probably come back up later.

It is kind of awkward seeing Helen continue to give Agent Sketchy details about the case knowing that he’s the one that’s been killing folks. It is crazy how things keep happening to continue to convince folks that Mithat is the one who killed Bella and the guys in the cabin. Agent Sketchy does seem to have a murder fairy godmother or something.

It is also crazy how Helen’s investigative skills keep uncovering reasons to keep the case open. Mithat did have a pretty thick accent that would have stood out while the guys were yelling in the cabin.

Helen is definitely pretty dogged in her investigation. She’s lying to Gabe about it, but I can’t help but wonder why. She’s been so forthcoming with him about it in previous episodes.

Seeing Agent Sketchy take the polygraph test is kind of creepy. He’s either a secret agent or a sociopath or both.

Poor Kamilah. Sita is dead and she’s going to have to go back to the FBI now that she has the baby.

Man, Tony just accidentally put Luke in Agent Sketchy’s crosshairs. He’s trying so hard to impress him that he’s giving away too much information even though he doesn’t realize it. I really hope that his eagerness doesn’t get him killed.

Luke and Philip can finally be, uh…together or something. They’re still secret lovers but now they’re at least lovers. Since Philip is young, he probably won’t demand more this season. If Eyewitness gets picked up for a second season, I’d love to see him demand more from their relationship. I did enjoy seeing him call Luke out about his consistent lying.

I do like seeing Philip have his moments with Gabe and Helen. I have a feeling something is going to happen to Luke, and he’s going to need them.

Now that Agent Sketchy has killed someone’s dog, he’s alerted Helen that the killer from the cabin is indeed alive and seeking revenge. I hate that she called him about the killer, but I can bet that her resolve is stronger than ever. I think her resolve is going to get Luke killed though. Hopefully, Philip isn’t killed too.

So we got the answer to two of the questions raised by the previous episode. Poor Sita is dead and gone, leaving Kamilah with the baby. Now that Helen has the gun, she’s going to continue to investigate the case, especially after Agent Sketchy tries to go after Luke.

But there are a few more plus the ones I initially raised.

What do you think will happen next?