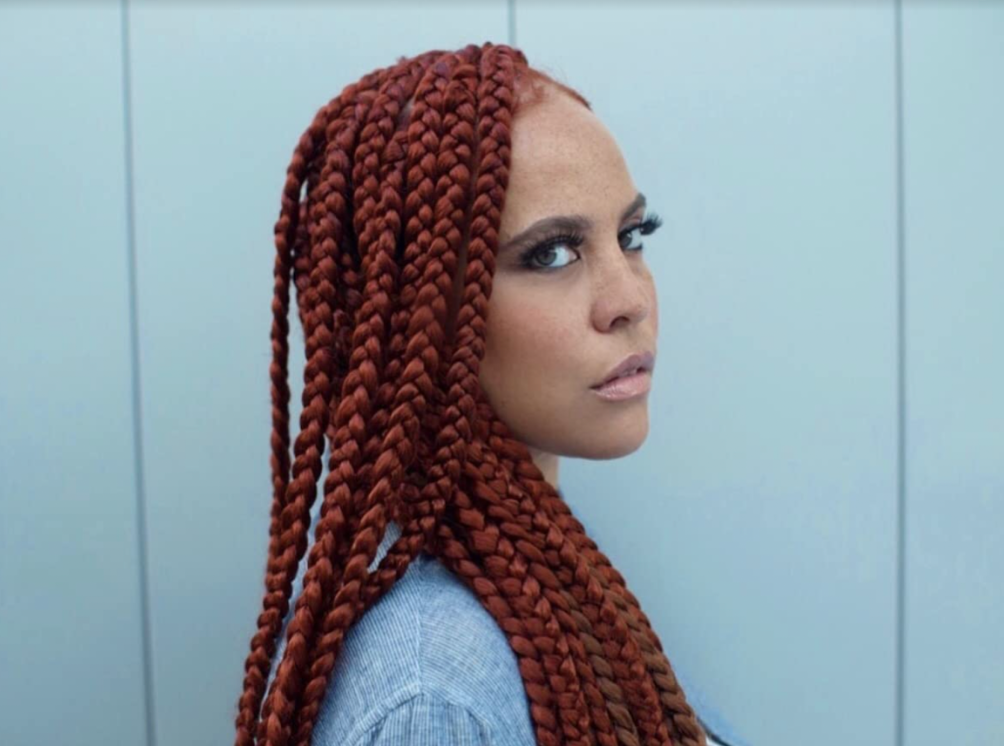 It’s nice when BGN gets to talk to folks behind the visual magic of incredible entertainment. Here, BGN talks to Dominique Dawson, costume designer of the HBO Max miniseries, DMZ, based on the DC graphic novel.

In the DMZ series, how much of your costume design choices were influenced by the comics, and how much wasn’t? I’m especially curious about your use of the color black and the range of stylistic choices using that color.

Initially, I got the first seven of the graphic novel and did as much as I could to absorb the world. We strayed away from the story to a certain degree and made it more of a female-based driven story and a story of Brown people. I called upon the aesthetic of the graphic novel — the wear and tear of things, the ingenuity of the characters of how they had to put on this armor when they set out to go into the DMZ.

I really pulled from my time from living in New York. That was the best research I had to denote each of the different areas and crews.

Black is a loaded blank canvas. It allows you to just absorb the personality of the person. But with it comes power and strength, so it commands attention. I utilize black a lot with Skel (Freddy Miyares) and Parco (Benjamin Pratt). That was a good way to tie them together. But also how Alma ( Rosario Dawson) enters the DMZ. You see her progression from this black into this more earth tone olive, eventually blossoming into this ivory white feminine strength.

What were some of your favorite designs in DMZ?

I had so much fun designing for Wilson’s character (Hoon Lee) because Wilson’s character came from Chinatown. He had a lot of access to underground streetwear stuff that we incorporated into power suits. Finding these slick silver sleeved button-up shirts with detailed futuristic collars and covering that underground street aesthetic was really fun. Especially his army! All his goons! We had so much fun.

I also enjoyed designing for his adoptive mom (Jade Wu). She was this wise elder that carried with her past in China but also had so many years in the U.S. So I was kind of looking to do a hybrid where you can feel some of the old world, but she was still a contemporary eclectic woman. He is a well-read woman who had her special treasures (her earrings, her specific rings), which were her staple pieces. You saw a lot of amazing prints and patterns on her.

You also use the color red in DMZ as indicative of power, but in your work in The Last Black Man of San Francisco, red is softer and more indicative of home. What else have you learned about color in your visual storytelling?

What’s interesting about The Last Black Man of San Francisco is I’m from San Francisco. So my understanding of red is more nostalgic and reminds me of home and an easier time from the past. It doesn’t have the fieriness like in the DMZ books; the titles are red. I felt there was this fire burning within most of the characters. Whether it was for power, or just a desire for life, to get out of the DMZ, for freedom, for happiness, whatever it was, that was “I’m not happy in this state right now.”

How often in your role of costume design do you partner with production design? How much is dependent on that collaboration?

[For DMZ] I was really lucky. I was able to work with the same production designer (Scott Dougan) and same director of photography (Matthew J. Lloyd) on Colin in Black & White in DMZ. We already had this way of communicating and knowing what each other’s strengths were. I would send them fabrics, and it lead them to their decisions; everything had this unified aesthetic. It’s amazing because the production designer is just so wonderful too.

For The Last Black Man in San Francisco, the director of that movie [Joe Talbot] grew up two blocks away from my house. It’s crazy when you’re from the same block, you know things. You’ve seen fashion-wise or just experiences in the city. We had that synergy. Whenever I would shop stuff, he was like, “Yes! Yes! Spot on!”

Could you tell me more about the layout/design of the DMZ universe?

When I started this project with DMZ, I really wanted to show the landscape and the heartbeat of New York City. When making the different crews, some of it’s already in the graphic novel, but I really honed in on establishing where these people live in the city. [For example] “they’re in the upper East Side, down by the water, so what resources do they have at their disposal to dress? To protect themselves?” That kind of helped me decide on color palettes, decide on textures, and the level of wear and tear on their costumes too.

Then in Chinatown, also a little bit of a safety net, but Wilson’s bullies and his goons were protecting them. So there was a kind of downcast, very drab, look for them. Everyone was just operating from an “I wanna stay safe” place. So there were a lot more layers and simple clothing there.

Then we had different crews like El Camino Muerto, a community from the East Side Latinx and was very strong. So we felt like they would have gone back to their roots, have dope wide-brimmed hats, rough furs, beautiful beads, and totally authentic them; how they wish they could dress every day in New York City before the DMZ. That authentic tapestry was their comfort zone and strength.

The Daughters of Lilith, a group that people sleep on. They really hold the power of the DMZ because they control the water supply. I wanted to establish a look with them that was modest but feminine. You could see that they’re not afraid to get their hands dirty, and they are also lethal. They’re trained assassins. They’re women with so many talents. I think we did a good time showcasing that organic earthy fabric.

What was the hardest design for you in DMZ?

The kids. Even the kids know what’s up [in this world], they’re not gonna have hearts and Care Bear t-shirts. Finding stuff that was classically kids but still evoke a toughness because they too had to protect themselves was the hardest.

Ava DuVernay is Set to Direct Another Comic Book Franchise