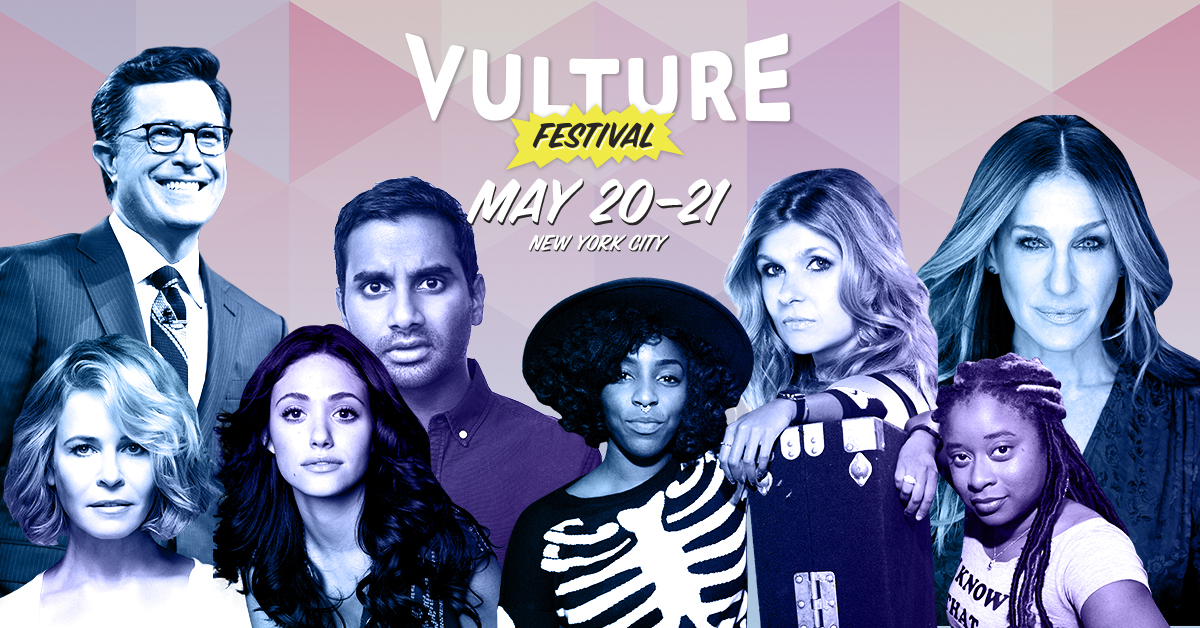 Hello 2017, and welcome back to NYC, Vulture Festival! If you missed Vulture Fest in previous years (here’s our 2016 recap of meeting Shonda Rhimes), don’t miss it this year! Vulture, known for its celebrity news, recaps of your favorite shows, and all around entertainment journalism, is back with some of BGN’s old favorites and favorites to be! So, if you live in NYC, New Jersey, Pennsylvania, or are just willing to travel, check out Vulture Festival NYC, May 20th-21st!

If you are looking for a guide to which events you should attend, here is a list of some BGN favorites:

Elsewhere over the course of this two day event, you can catch panels with Connie Britton post-Nashville (RIP Rayna James & Tami Taylor Forever), the Jane the Virgin cast getting real about the twists and time jumps this season, Aziz Ansari chatting about the newest season of Master of None, as well as a State of the Union with Stephen Colbert and Frank Rich.

Check out their website (http://vulturefestival.com) to purchase tickets and the official schedule of events. If you have multiple event interests and can’t choose which one to attend, don’t choose! Get the Vulture Pass and enjoy premium access to the Festival for you and a guest!

BGN will be covering a couple of these events, so if you around, please tweet us @BlackGirlNerds or @LadyKayB21 to say hey while there! Also, don’t forget to check out the hashtag #BGNVultureFestival for exclusive BGN updates.

Bibi G. (aka Kay-B) is Contributor and Podcaster on Black Girl Nerds and Writer on Just About Write reviewing TV and film.

A Brunch and Conversation with 2 Dope Queens at Sundance

‘Black Lightning’ Will Be Back! CW Renews 10 Shows For New Seasons