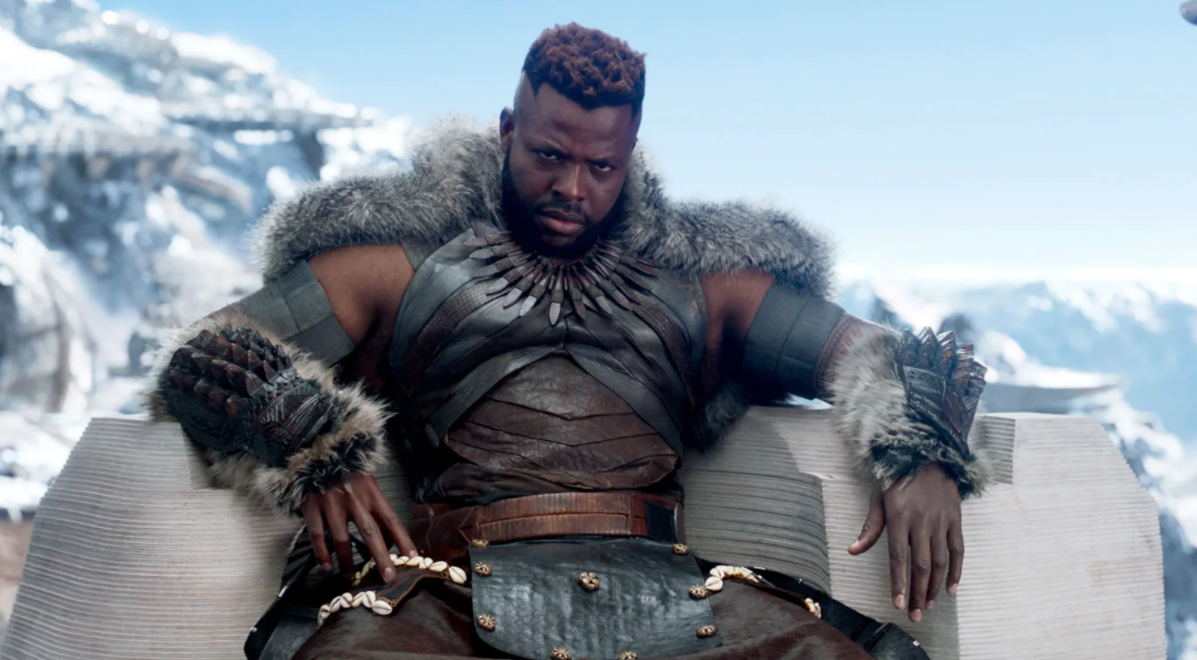 Black Panther: Wakanda Forever is set to return to the big screen in November 2022. Though many people have shared their concerns of what the franchise will do with the series sans its beloved star Chadwick Boseman, there is still much excitement about the sequel.

Rumors regarding who will be the next character to step up and carry the mantle of the Black Panther have fueled speculation since Boseman’s passing. From the latest reports, it is believed that honor will fall to Shuri, T’Challa’s little sister, played by Letitia Wright. However, there’s another character we should all consider. Enter M’Baku, portrayed by Winston Duke.

M’Baku’s wit, playfulness, and warrior attitude made him endearing, although our introduction to him began with conflict between he and T’Challa. The first film gives you the sense that the rub between these two is rooted in M’Baku’s disdain for Wakanda’s use of technology and its sharing of its valuable resource, Vibranium, with outsiders. That conflict may be the crux of his reported expanded role in this next installment; however, fandom or research can tell you that the history between these two goes deeper.

Here are three reasons why we may need to be prepared for the Great Gorilla to rise to power:

In the Black Panther film, M’Baku saves T’Challa by coming to his aid during battle. T’Challa thanks M’Baku for his help, to which he replies, “Of course, brother.” That one sentence, as common as it may seem, could have given Marvel the space to take M’Baku’s character in another direction. If you are a Marvel follower, you know that between comic books, animations, and films, there are many variations of a character’s story. While these two are adversaries in every variation, there’s at least one in which they are brothers.

Their biological relationship is revealed in Marvel’s Ultimate Universe. In this storyline, M’Baku is the older of the two; however, T’Challa receives the power of the Black Panther as a result of an accident due to his impatience and desire to rule. This infuriates M’Baku, and he chooses to turn his back on Wakanda and go his own way. He ends up becoming a villain who repeatedly comes to blows with T’Challa in the fight for the throne of Wakanda.

Making M’Baku a villain may not make sense with the loss of the franchise’s original star, but playing up a familial relationship could provide writers some wiggle room in their storytelling. With Wright’s penchant for being in the news, Marvel may be looking for ways to ensure the title and the suit can be carried on past the second film. This may be the only feasible way unless they choose to create a new character we’ve not seen at all in any version of this story.

2. M’Baku Is a Beast in Battle

M’Baku has served as a high-ranking official in T’Challa’s Royal Guard, which provided him with training in the Wakandan military. His skills in battle are second only to T’Challa’s, making him a force to be reckoned with. That resume, along with being a fan favorite, could boost him to the top of the list of suitable (no pun intended) candidates.

In addition, there’s an element of M’Baku’s strength that has yet to be explored. He is said to have gained superhuman power by killing a revered white gorilla, eating its flesh, and bathing in its blood. This action makes him an outcast in all of Wakanda, including with the Jabari tribe. Sensitivity to the endangered species may cause Marvel to adjust that part of the story; however, it could be the catalyst for making M’Baku more central to the storyline.

While there are currently no versions of this story where M’Baku dons the Black Panther suit, there are some in which he does become king. In one version, he steps into the role while T’Challa fulfills his duties as the Black Panther with The Avengers. In another, he challenges King T’Chaka, kills him in battle, and ascends to the throne. This drives T’Challa out of Wakanda and causes him to fight on the fringes of society to regain control. Could there be room to turn M’Baku bad after all? We know he despises Shuri’s involvement. Could he turn dark, take her out, and take over the kingdom? That would leave Wakanda’s future uncertain, which always makes room for a great sequel.

Boseman filmed just a few roles during his quiet yet heroic battle with cancer. For that reason, Marvel has allowed the filmed version of T’Challa to be a part of his legacy and his alone. They have made the decision not to recast the role. However, the Black Panther will rise again. While it will be difficult for many to see anyone else as the Black Panther, director Ryan Coogler believes Boseman would want him to continue this work. Whichever route Marvel chooses to take, rest assured M’Baku will be a prominent figure in the world of Wakanda. Duke and his scene-stealing performance in the role made that a guarantee.