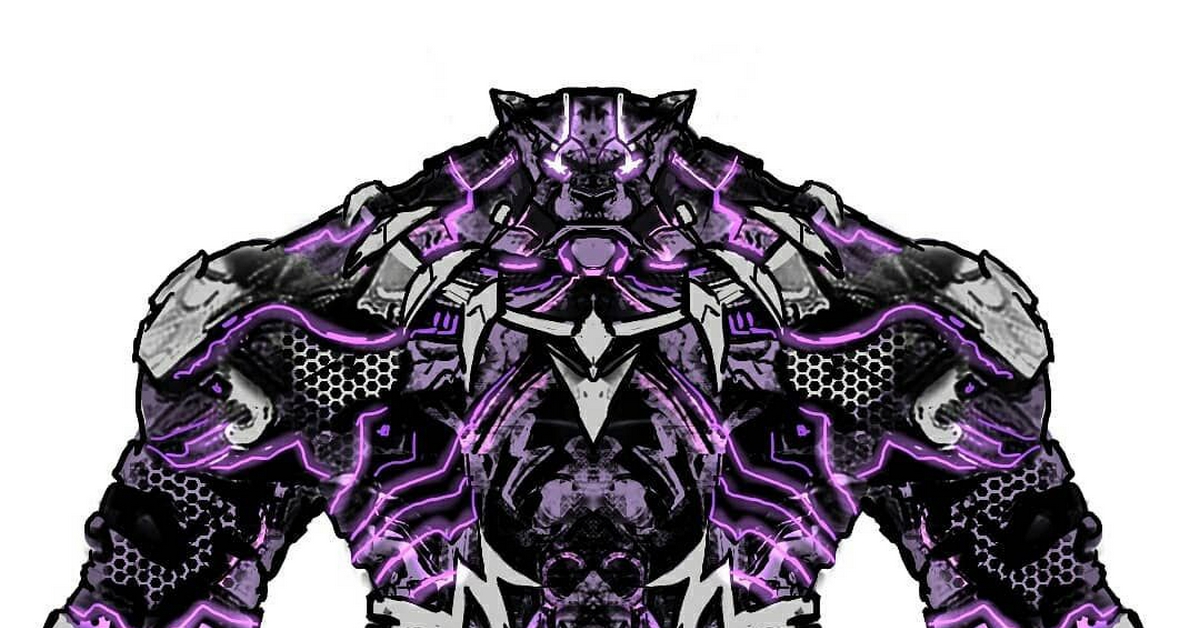 2016’s Captain America: Civil War post-credit scene first introduced Wakanda on the silver screen as a concealed African state and the most technologically advanced nation in the world. It was so advanced, in fact, that even its jungles were made of techno-organic matter infused with vibranium. In fact, everything Wakanda made was technologically more advanced, even compared to Tony Stark’s Mark 85 armor seen in 2016’s Avengers: Endgame. Even T’Challa’s Black Panther suit was more advanced than Iron Man’s armor.

But we’re actually more interested in T’Challa’s armor that wasn’t depicted in the movies — the Wakanda Hulkbuster armor. The comic book-loving audience was first introduced to the very first Hulkbuster armor, the Model 13, in 1994’s Iron Man #300, which was later adapted into 2015’s Avengers: Age of Ultron, in an epic scene in which Tony Stark dons the Hulkbuster to try to teach Hulk some good manners (unsuccessfully). However, building Hulkbuster armor isn’t exclusive to Iron Man; Black Panther had it too, and his was better.

In the Avenger’s universe, everyone fears what would happen if the Hulk ever truly lost control. One such instance was when Hulk transformed into Kluh, an entity described as Hulk’s Hulk. In other words, when Hulk gets very destructive and violent, the inner Banner weeps and cries, but when Kluh emerges, the one crying is the Hulk. With such a destructive and uncontrolled power, Hulk is truly a threat to be feared, even on some of his most heroic days.

So, it’s no wonder why King T’Challa built a Hulkbuster of his own. The Panther King wanted a contingency plan and had all the advanced scientific knowledge and a massive supply of vibranium to do so. Considering Wakanda’s technological prowess, it’s not that surprising that the Wakanda’s Hulkbuster armor surpasses Iron Man’s design. However, while the armor was made to deal with the Hulk threat, it was never used against Bruce Banner’s Hulk.

In fact, Banner was dead when the Wakanda Hulkbuster was put to use. During the events of the second Civil War, Barton was warned about a possible Hulk attack, so he took the shot that ended Banner’s life before anyone was hurt. Of course, nobody really liked Clint’s decision, and he was tried but was later acquitted. Unfortunately, that left Amadeus Cho, a teenage boy who had befriended Banner/Hulk, very angry and very sad.

Cho managed to remove the Hulk from Banner’s body and absorb the green monster, becoming the Hulk himself — though admittedly better at controlling the monster’s rage. Still, T’Challa saw the need to bust out the Hulkbuster in 2015’s Totally Awesome Hulk #9 and “help Cho see reason.” Fortunately enough, the Wakanda Hulkbuster lived up to the combat standards established by Wakanda’s advanced technology.

It was equipped with several deterrents that would help to bring Hulk down without having to rely on brute force, like Iron Man’s Hulkbuster had. Instead, T’Challa’s super-robot suit was built to withstand Hulk’s unrelentless force while also employing various tactics and clever tricks that would impair Hulk’s ability to fight. We already saw what happened when a Hulkbuster tries to take down the Hulk with brute force, with the Hulkbuster armor usually getting the shorter end of the stick.

T’Challa’s Hulkbuster relied on non-lethal weaponry, like sonic soundwaves, which disrupts Hulk’s ability to focus, impairing both his hearing and his sight, as seen in 2008’s The Incredible Hulk, starring Edward Norton. This ultimately proved ineffective since Cho had better control over the Hulk and wasn’t driven by rage and the instinctual need to smash things. He actually managed to deal with sonic weaponry quite fast.

Wakanda Hulkbuster also relied upon releasing specific spores that were capable of putting whales to sleep, let alone the Hulk. The main idea was to temporarily neutralize Hulk as a threat without the use of brute force. Unfortunately, Hulk shook that off as well, and nobody knows why the spores didn’t have an effect on him. Hulk’s transformation is mostly a stress/adrenaline reaction to imminent danger, so it’s impossible to attack, wound, or sedate him in his human form without the Hulk erupting out in self-defense.

Considering that other tactics haven’t worked on him, T’Challa engaged Hulk in physical combat, equipped with his Wakanda Hulkbuster armor — and the armor put up quite the fight. It’s entirely made of vibranium, that rare metallic substance with energy manipulation properties, so any strike Cho’s Hulk made against the Wakanda Hulkbuster only further empowered the armor. But Black Panther still underestimated Hulk.

As we previously said, Hulk’s transformation is a stress reaction, and the more stressed Hulk becomes, the stronger he gets. That’s how Wakanda’s Hulkbuster ended up at the same place Stark’s Hulkbuster armor ended up — the scrapyard. Cho tapped into levels of strength Hulk hadn’t demonstrated before and managed to rip Wakanda Hulkbuster apart before rushing to save a member of Cho’s family.

Even though it ultimately failed to overpower and contain the Hulk, Wakanda Hulkbuster was a massive improvement over Iron Man’s model. It was engineered to prevent the Hulk from harming anyone and causing damage and to subdue him in the most humane way possible. It was a cleverer design that employed calculated weaponry and also took Hulk’s well-being into consideration. Unfortunately, it was never featured in movies, but we hope that the upcoming Black Panther: Wakanda Forever might offer a solution to that problem.