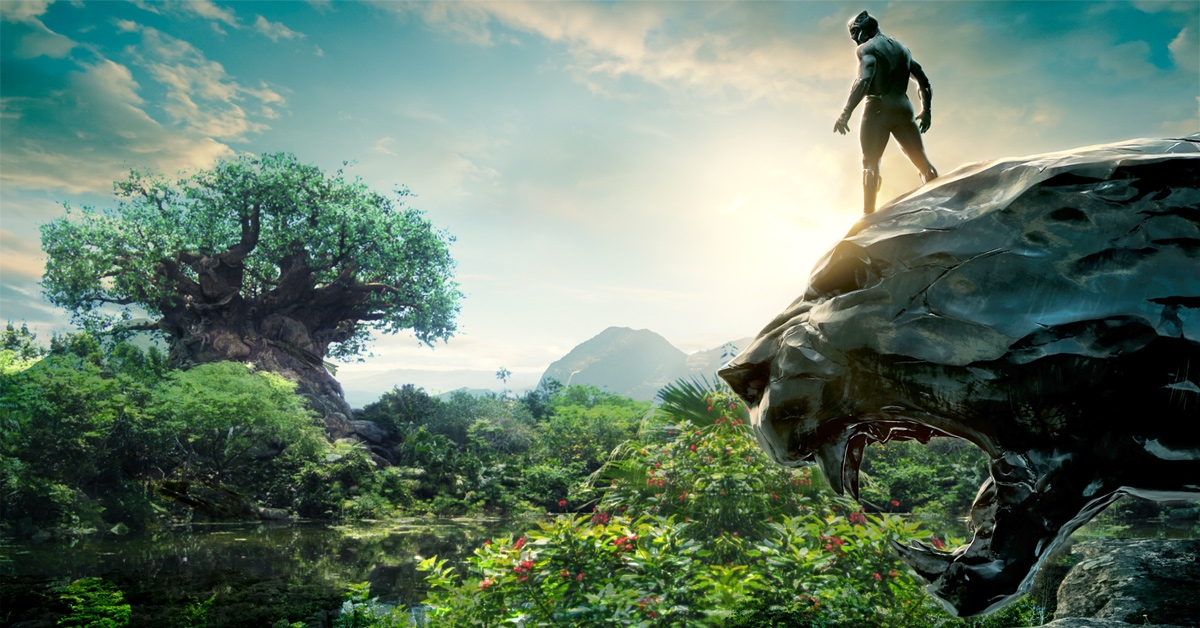 Following a series of delays, the upcoming Black Panther: Wakanda Forever finally landed a release date and is scheduled to hit the theaters on November 11, 2022. The fandom is still debating who will be the next Black Panther. Winston Duke’s M’Baku and Letitia Wright’s Shuri are the strongest contenders for the Panther’s throne. As we previously reported, the mantle of Black Panther canonically belongs to Shuri, and it would be nice if Marvel would honor their canon.

One more thing we’d like to see Marvel address in the upcoming film, taking into account the sequel’s name, is Wakanda’s techno-organic jungle. The first Black Panther film and subsequent Avengers series touched upon Wakandan’s mending vibranium technology and organic matter in ways that even made Tony Stark blush. However, neither film has ever touched upon the fusion of organics and technology that poses as greenery surrounding MCU’s most advanced nation in the world.

The techno-jungle’s importance is canonically tied to Black Panther’s domain, and his first appearance in the comics, in 1966’s Fantastic Four #52. It’s important to note the historical value of that particular issue. It features the first appearance of all-things Black Panther, including the superhero, nation of Wakanda, first mentions of vibranium, heart-shaped herb, and techno-organic jungle. As described in the issue, the techno-organic jungle served many different purposes, and in its first appearance, T’Challa used it to test the Fantastic Four and their intentions.

This fusion of vibranium, a rare metallic ore of non-terrestrial origin, and African fauna didn’t happen spontaneously. An interesting thing about vibranium is that this rare metallic ore has energy-manipulating properties, and when tempered properly through a mix of magic and science, it amplifies mystical energies. It becomes highly unstable, and because of that, it taps into an energy flow on the quantum level that is virtually infinite. For example, Black Panther’s suit utilizes vibranium micro-weave mesh that allows him to absorb and redirect kinetic energies.

On one account, T’Challa himself created the techno-organic jungle by merging vibranium technology and the organics of a jungle surrounding Wakanda to create a benevolent techno-organic virus, which infected the jungle and allowed nature and machines to live in harmony. Not only that, but through his knowledge of vibranium, T’Challa was capable of using the techno organics of the jungle to battle various foes, including the panther goddess Bast.

Another account states that the jungle was T’Challa’s family project initiated by his grandfather, Azzuri the Wise, sometime between 1920 and 1930. And this is where the heart-shaped herb comes into play since it allows every succeeding Black Panther to absorb his predecessors’ memory, skills, and wisdom. So, when T’Challa assumed the mantle of the Black Panther as a child (in the comics), he also accumulated several PhDs in different STEM fields, economics, and political sciences.

Equipped with knowledge shared with every well-educated Panther down his bloodline, T’Challa continued to advance the techno-organic jungle by sharing his knowledge with the staff that maintains it. It’s worth mentioning, at this point, that even vibranium-infused trees have roots, and those roots turn into fiber optic cables running for miles underneath the surface to the subterranean levels of the jungle. So, considering the size of the jungle and its underground level, there’s a huge number of staff working to maintain and operate the jungle 24/7.

Unfortunately, there are some discrepancies between the accounts. Both accounts describe the jungle and its underground levels, and both are featured in several other comic books, not just The Fantastic Four and Black Panther. Discrepancies lie within the story of who actually made the techno-organic jungle. It was Black Panther, but was it Azzuri the Wise or T’Challa? Furthermore, there are even some discrepancies regarding T’Challa’s grandfather.

1993’s Fantastic Four Unlimited #1 introduces T’Challa’s grandfather, Chanda. However, 2005’s Black Panther Vol. 4 #1 and 2010’s Black Panther/Captain America: Flags of our Fathers both refer to Azzuri as T’Challa’s grandfather. Until Marvel Comic offers more clarification on the matter, the fandom assumes that Chanda and Azzuri are the same. Wakandan maps provide some insight into who his grandfather was due to the connection between Wakandan cities named after previous Panthers, and city Birnin Azzaria, though this is purely fan speculation.

Regardless of its origin, or who actually designed and created the techno-organic jungle as it’s known to the fans, the fact that the 2018 film didn’t do justice to one of Wakanda’s greatest “weapons” doesn’t change. The massive network of cables and organic machinery acts as Wakanda’s sensory nervous system, which a Black Panther can tap into whenever the need arises and use as a surveillance system, weapon, or hiding place.

Passing the mantle of Black Panther to Shuri and T’Challa’s banishment from Wakanda into the Kingdom of the Dead is an official canon story. MCU is known to deviate from its canon from time to time, but if they truly follow the official narrative, it would be nice to at least reference the techno-organic jungle surrounding Wakanda. Considering Shuri’s technological prowess, MCU could at least acknowledge the jungle’s existence within the cinematic universe with a single scene. Nothing too elaborate or flashy, but just enough to satisfy the hardcore fandom and keep the newbies curious.