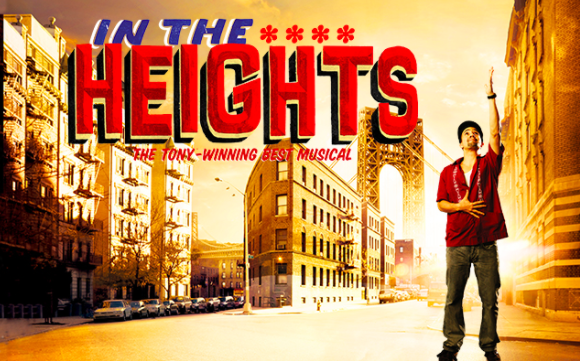 In a bidding war between Fox, Sony, Disney, Netflix and Apple that finally ended today, Warner Bros closed out a $50 million dollar deal to secure the rights to the film adapted from the Tony-award winning musical. The Broadway play premiered in March 2008 featuring music and lyrics by Lin-Manuel Miranda and based on a book by Quiara Alegría Hudes.

A couple of years ago, the film adaptation of In The Heights was sitting with The Weinstein Company, however, after the Harvey Weinstein, sexual harassment scandal unleashed the production team severed ties with TWC. And it was left to open bidding from buyers. In The Heights is produced by Miranda, Anthony Bregman, Mara Jacobs, and Scott Sanders.

The story explores three days in the characters’ lives in the New York City Latino neighborhood of Washington Heights. The score features hip-hop, salsa, merengue and soul music. While most notably know Lin-Manuel Miranda for his cultural phenomenon Hamilton, it was In The Heights that put him on the map in the world of Broadway.

When can we expect to see that Hamilton film adaptation?

We look forward to seeing what Warner Bros have in store for this musical!