Get your #WandsReady for something special, just for all of you Harry Potter fans!

In preparation for the release of the Fantastic Beasts: The Crimes of Grindelwald trailer, Warner Brothers orchestrated a 2-day fan event in New York City. There, social media influencers, journalists, and some of the biggest fans of the Harry Potter franchise were treated to: exclusive access to the cast of the Fantastic Beast movie, tickets to see Harry Potter & The Cursed Child on Broadway (Part 1 and Part 2), a personal group photo with J.K. Rowling herself, as well as tons of Harry Potter accessories and paraphernalia. 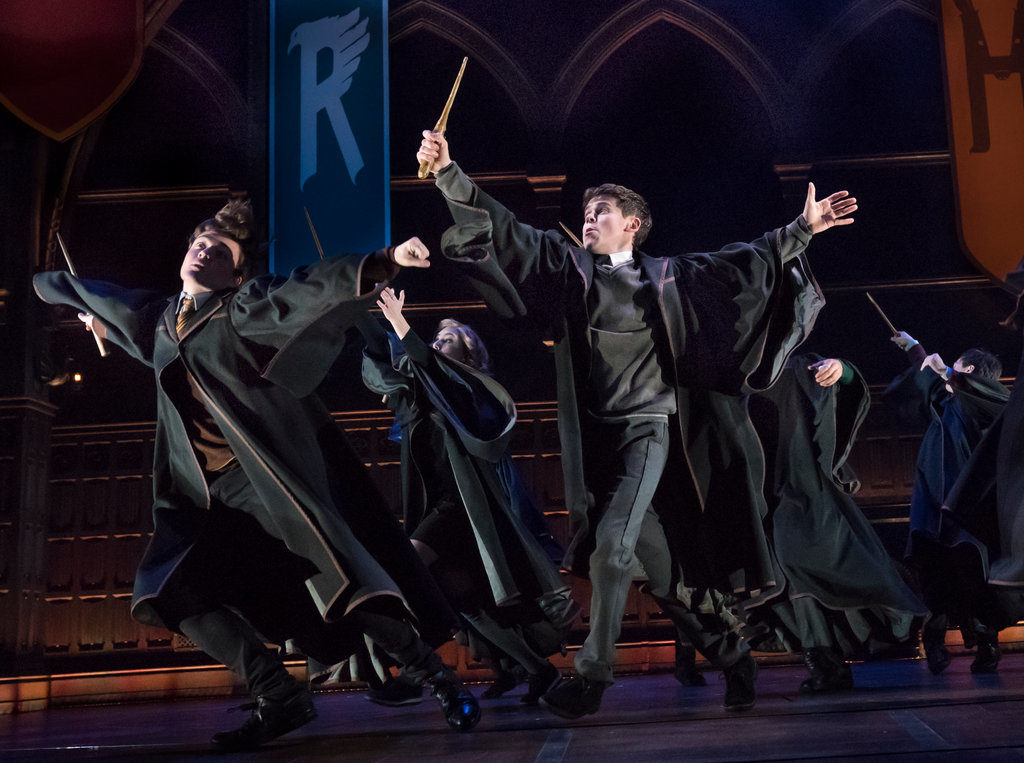 On the first evening, guests are treated to Harry Potter & The Cursed Child. This Broadway show is a two-part play currently running at The Lyric Theater, about the later life of Harry Potter. In the show, not only do we see the adult Harry Potter, but we get a chance to see the lives of his family and descendants. Time travel, transfiguration, and the ministry of magic are big themes throughout the play.

The Harry Potter & The Cursed Child Broadway show is one of the most beautiful shows ever. Even the “Dementors” looked beautiful as they graciously descend from the clouds or abyss to envelop characters in the play. Reports estimate that the Broadway production costs were $68 million. The costume, lighting, and set design are so intricate and detailed. The capes and hoods can walk through fire. The costumes and lighting design techniques in place to literally let characters change right before your eyes. Characters ascend from beneath the ground from pools of water and descend from the clouds above with great ease. This show is a marvel to see, full of great excitement and mystery. With this show, Part 1 is fun of suspense and many shocking moments, and in Part 2 the show gets even better! 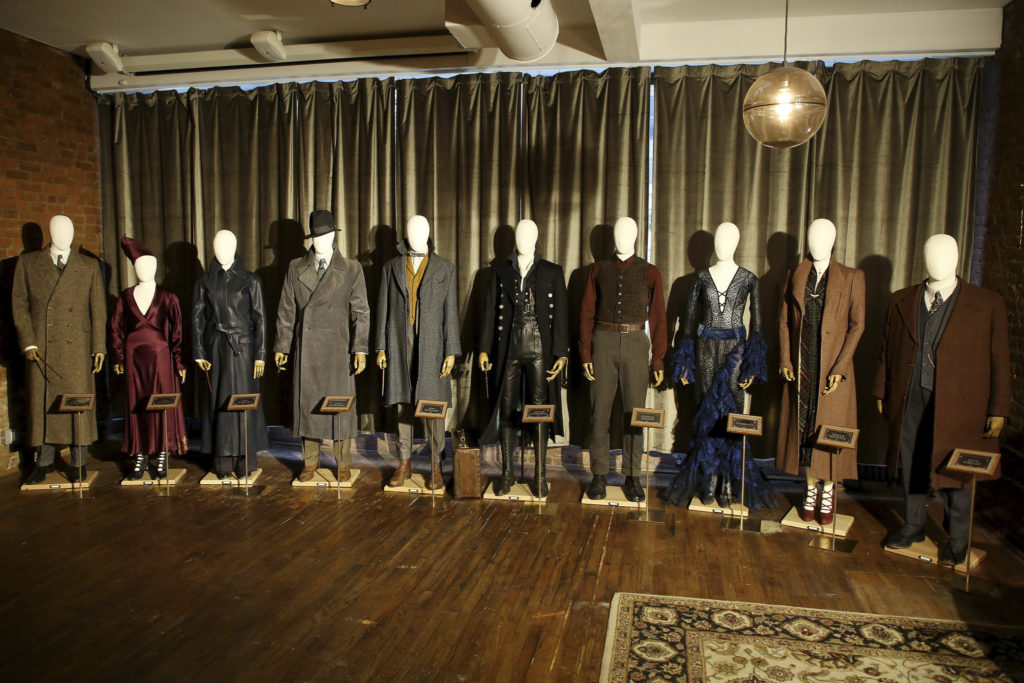 The next morning, congruent with the theme of mystery and suspense, the day begins with a personal message from Eddie Redmayne. Then we all were shuttled off to a top-secret location to be greeted by J.K. Rowling, spoke briefly with the group. She then signed copies of posters from the franchise. We all took a group photo with JK Rowling and were then shuttled off to another non-disclosed location. Once we all arrived, we were greeted by some of the cast of the movie. The special guests from the cast included: Ezra Miller (Credence Barebone), Dan Fogler (Jacob Kawolski), Claudia Kim (Nagini), and Callum Turner (Theseus Scamander). The cast spoke about their experiences working on this current installment of Fantastic Beasts.

Mid-way through the second day of the event, all of the guests were treated to an advanced screening of the trailer. Fantastic Beasts takes place decades before Harry Potter is born, and this newest trailer gives us a glimpse into this magical world. The trailer also showcases Jude Law who plays Albus Dumbledore.

Next, we were all shuttled off to the ultra-swanky 38 Parlor Loft. When we all arrived, Zoe Kravitz who is playing Leta Lestrange in this fantasy film, greeted guests and fans. She graciously took photos with everyone who wanted a photograph. She candidly discussed her role in the film. 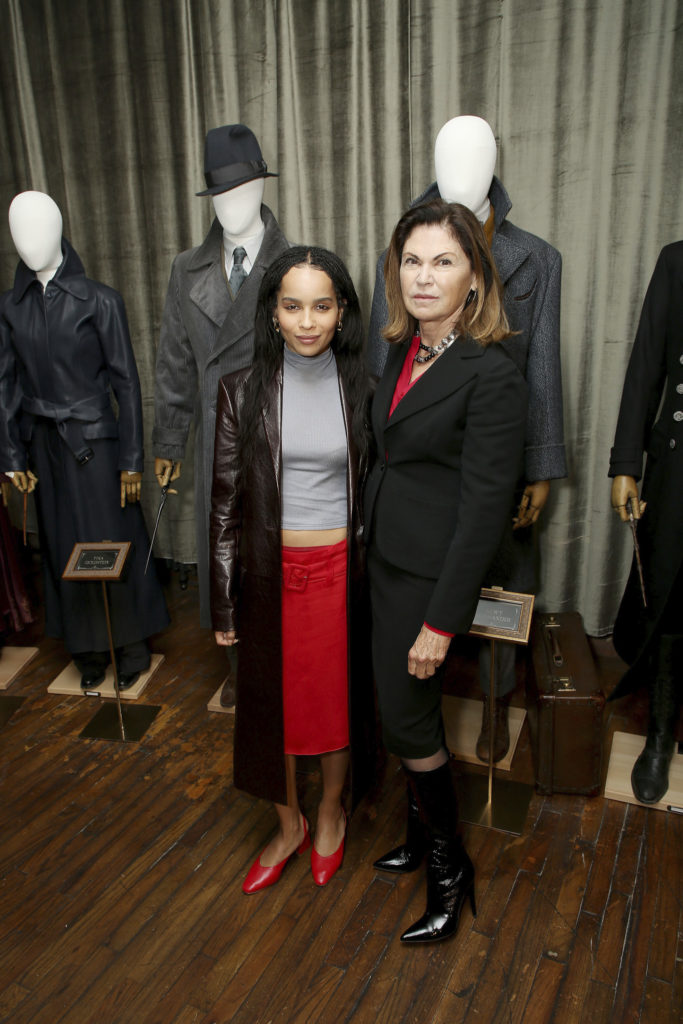 This loft was the perfect parlor setting, with its dimly lit atmosphere and vintage, upholstered furniture, coupled with period piece music floating through the radio. Additionally, at this location, guests were treated to a private exhibition of the very costumes worn by the talent in the movie. The costume designer for the Colleen Atwood (Tomb Raider, Alice in Wonderland, Into the Woods), was on hand to speak extensively about the inspiration behind the costumes, and provide further details about the process.

Once guests were finished examining the costume exhibit, we were ushered into another parlor room where there was a gorgeous wand exhibit. Guests were invited to use the wands and further ask questions about their creation.

Finally, everyone was whisked away to The Campbell Speakeasy at Grand Central Station, which has the most beautiful vintage, speakeasy appeal. We were all treated to a lovely dinner as members of the cast cordially blended in with everyone and kindly answered questions, posed for photos, and engaged in genuine conversations with the guests. It was truly a magical event. 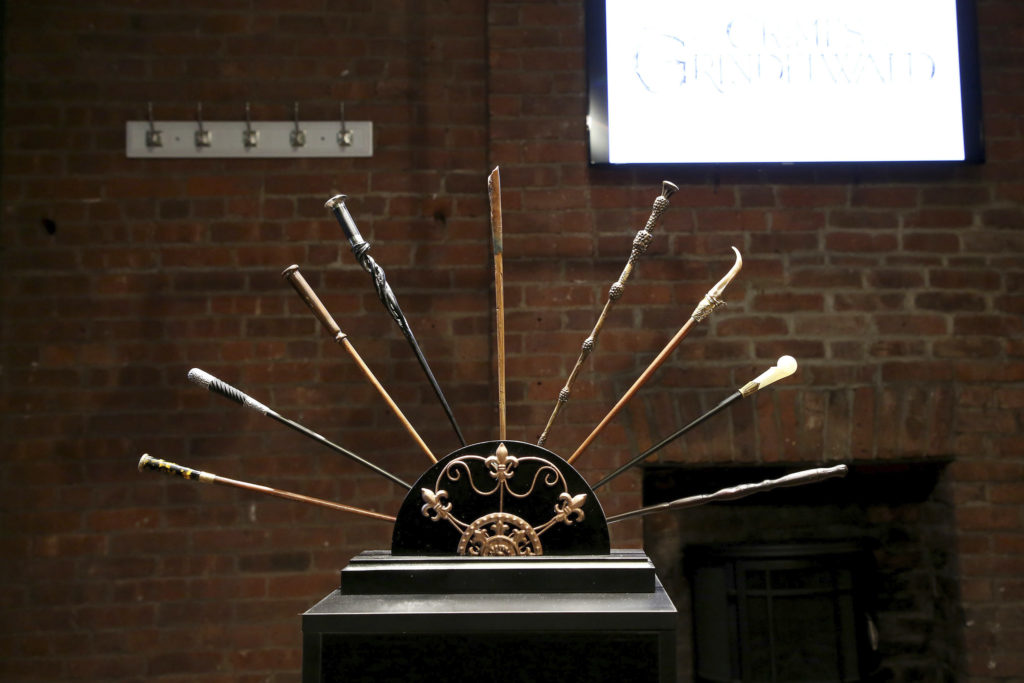 Fantastic Beasts: The Crimes of Grindelwald will be released in Australia on November 15th, 2018, and in the US and UK on November 16th, 2018.

‘In Bruges’: A Tale of Self-Isolation Gone Wrong

BGN Opinion: Unpacking the Nagini of it All