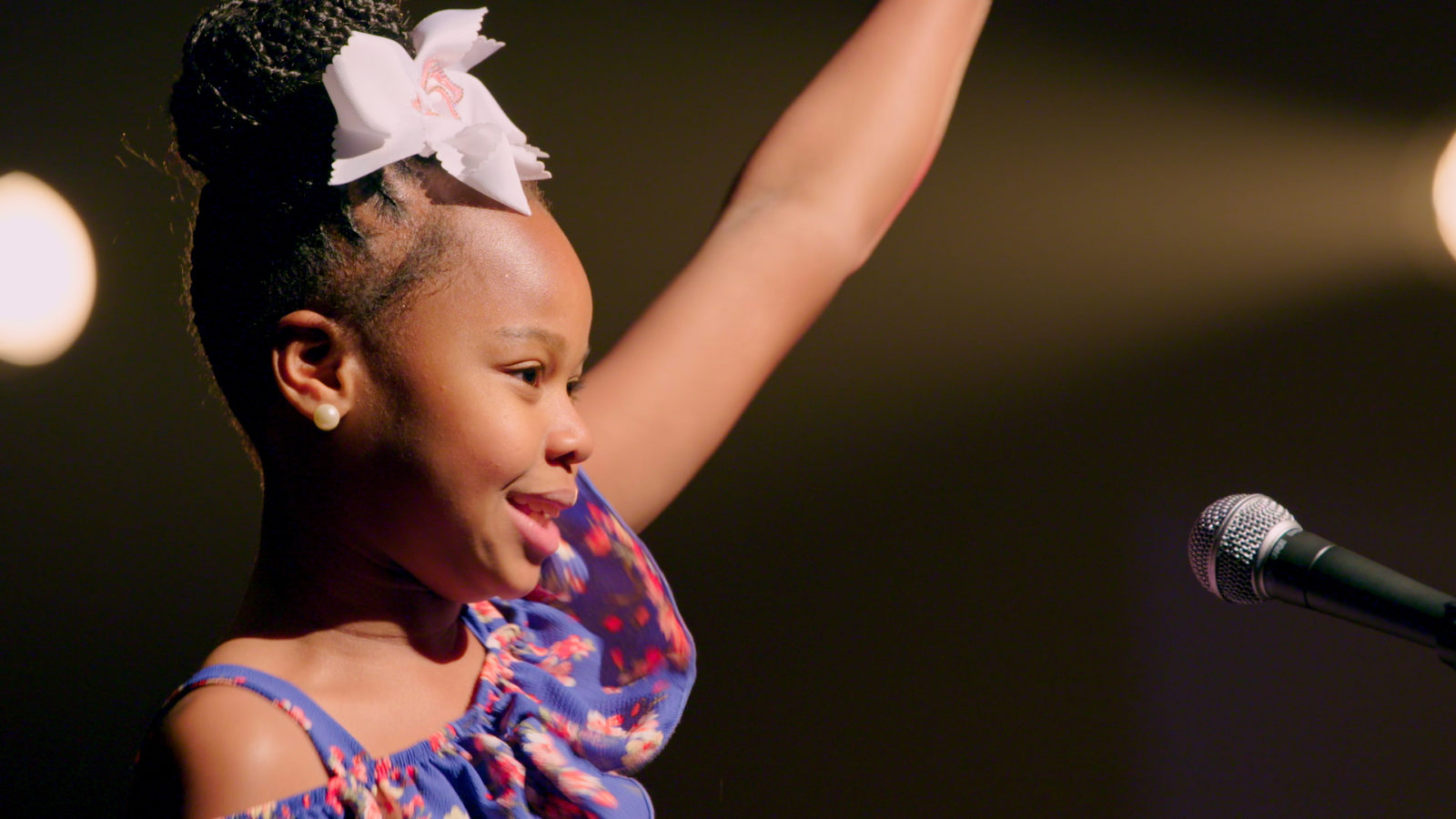 We Are the Dream: The Kids of the Oakland MLK Oratorical Fest is an adorable yet inspirational documentary that’s arriving just in time for Black History Month.

The film is directed and produced by Emmy-winner Amy Schatz and executive produced by Academy Award-winner Mahershala Ali.

Each year, over 120 schools participate in the MLK Oratorical Fest. Students compete in their schools’ solo competition before advancing to the fest, which is a public-speaking competition featuring original or previously published speeches, poems, or essays inspired by Dr. Martin Luther King’s civil rights legacy. The festival is both a celebration and acknowledgment of Dr. King’s global impact.

The documentary follows the journeys of the kids participating in the annual festival. We Are the Dream begins with snippets of oratory performances, giving a sneak peek of what’s to come. We are then introduced to a practicing 9-year old African-American boy, Gregory, and his educator Zerita Sharp. Gregory’s educator is attentively preparing him for his “I’ve Been to the Mountaintop by Dr. Martin Luther King” debut performance.

We are then introduced to a 9-year-old Sri Lankan immigrant, Karunyan, who joined the competition after Dr. King’s message resonated with his experience with South Asian political turmoil. He wonders about the positive influence a leader such as Dr. King would have had in his native nation.

Next, we are introduced to the judges of the competition, who proclaim to judge based on spirit, originality, activism, uplift, confidence, and personality.

The film continues with a pair of young Muslim sisters who both wear religious head coverings. A 6-year-old, Abrar, practices a poem entitled “Freedom” with her 12-year-old sister, Lamiya. As the two sisters recite their poem in unison, Lamiya shares their familial experience of Islamaphobia in America. Their poem centers on having religious freedom to wear religious head clothing.

A few of the students are shown in the solo competition to advance to the city-wide MLK Oratorical Fest. This is where viewers meet a Hispanic 8-year old girl, Madeline. She’s reciting, “En Mi Suenos (In My Dreams),” by Francisco X. Alarcón. Madeline recites each line in Spanish and follows with the English translation to share her desire for all beings to come together as one big family.

Our next competitor is a 9-year old African-American girl, Lovely. She’s chosen to read an original poem that boasts about the successes and impact of Black women. Lovely has a big personality and confidence that seemingly stems from her father’s undivided attention. Also, we meet our last featured orator, an African-American 10-year-old named Donovan. He’s reciting an original speech about the power of social media to enact change. Both children’s fathers support them by helping them perfect their speeches. It’s evident the impact that Black fatherhood has had in both the preparation for the competition and in the children’s confidence.

By the end of the documentary, we are given the pleasure of hearing Gregory’s poem in its entirety. It’s breathtaking, to say the least. Gregory perfectly delivers his speech with the essence of the great Dr. Martin Luther King, granting him a tear-jerking standing ovation. It becomes apparent that the competition is more than a simple recitation of poems and speeches —it’s a use of emotionally driven diction, style, intonation, body language, and rhythm to convey an individualistic interpretation of a speech.

The documentary is a testimony to the power of speech, regardless of a person’s race, age, religion, or ethnicity. Dr. King’s voice initiated change, not only in this nation, but across the world. This empowered the children in the film to use their voice in the same way. Dr. King enlightened Black people about their value in this world, ultimately impacting everyone else as well. From silent protests to lunch counter sit-ins, Dr. King was the pulse of the Civil Rights Movement.

This film’s release date is during Black History Month, a time when we pay tribute to the generations of African-Americans who struggled with adversity in America. We acknowledge their contribution and presence to prevent their existence from being forgotten. We Are the Dream emphasizes the importance of teaching our youth about the unjust past of America, in hopes that they will make the change we need in this world. These children used their voice to make shifts in the present the best way they can. Hopefully, the power they’ve exuded encourages others to use their own voice to do the same. Their voices will encourage our future curriculums to reflect that.

We Are the Dream premieres Feb 18th on HBO.