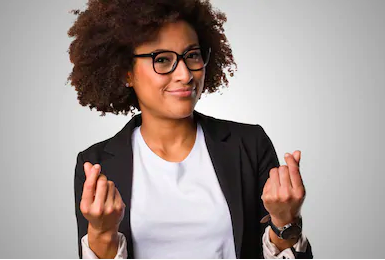 The gender pay gap is proof positive that it benefits white men and that the deck is stacked against women, and for Black women, it’s worse.

In 2018, Black women were paid only 89% of the wages Black men received and only 65.3% of the wages white men received, while white women took home 81.5% of white men’s wages. BGN spoke with Christian F. Nunes, vice president of the National Organization for Women (NOW), during Black Women’s Equal Pay Day, to discuss these disturbing disparities.

Below is an excerpt from the Sorella Magazine from an editorial published in August called “Why Being Financially Stable Is Not Just A White Man Thing”:

Black women, the wage gap is really kicking our butts. I’m sometimes baffled as to why white feminists are usually the face of the wage inequality fight, when Black women make a mere 63 cents for every 75 cents that the white woman makes to the non-Hispanic white man’s dollar.

The statistics are astounding. According to the American Association of University Women (AAUW), it can take a Black woman an extra eight months to be paid what the average white man earns.

However, this doesn’t mean you should give up, quit your job tomorrow and move to a remote town, living on animal remains and plants.

There’s still hope that Black women can get in the game, if (and that’s a BIG “if”) we’re able to learn how to change some of our financial habits. We can begin to enjoy the benefits of economic and financial security, especially if we start to follow the tips mentioned below:

1.    Don’t Just Work Harder, Work Smarter (By Speaking Up About How Much You’re Making)

We’re also opening our own businesses at unprecedented rates. And despite all our education, our political dedication, and our drive for business, we still aren’t earning nearly as much as our white and female counterparts.

This means that simply “working more” is more likely to run us into the grave than it is to result in more money in our pockets. So what can we do? Work smarter.

We have to start demanding higher pay for the level of work that each task requires.

2. Do Whatever You Can To Avoid Racking Up Debt

Instead of racking up debt trying to afford university, take a couple of years off to earn the money, or focus on getting a trade job that’ll help pay the bills before working your way through an expensive degree. Community college and public universities are great alternatives to private universities, as well.

Unless you’re extremely sure that your business will not only succeed, but take off immensely within the first year of the launch, do not take out a small business loan from a bank. If you have to work a couple of years to earn the capital to open your business, so be it.

Debt can affect your credit score and the wellbeing of your bank account and financial status. It’s one of the top ways that Black women get ourselves into sticky financial situations.

3. Stop Trying To Live Up To The Strong Black Woman Ideal

According to Kara, a writer at The Frugal Feminista, the strong Black woman stereotype is having an adverse effect on the financial stability of Black women. She writes that the strong Black woman syndrome leads to financial underachievers, with Black women “subsidizing the financial lives of adult children, grandchildren and spouses all on one income”, which in turn leads to one-sided, co-dependent wealth “hubs” instead of healthy, interdependent wealth “webs”.

She also notes that the Strong Black Woman Syndrome encourages impulse-buying and emotional spending as a result of all the repression of our emotions and the overwhelming pressure we face.

Therefore, the strong black woman stereotype is damaging not only our mental health, but our wallets as well. It’s time to let go of this tired trope!

4. Consider Going Natural And Creating Your Own Homemade Haircare Products

Contrary to popular belief, being natural doesn’t have to be expensive. Without the additional costs of extensions or getting your hair professionally braided, crocheted or something else, you’ll have an extra couple of hundred dollars per month—if you’re smart about it. A lot of natural hair care products on the market are overpriced and can be replicated at home for a much cheaper expense.

For example, did you know it’s possible to create a leave-in conditioner using avocado oil (or coconut and castor oil)? Or did you know that you can substitute your uber-expensive store-bought shampoo for a DIY version made with Aztec clay and apple cider vinegar? There are so many DIY hair products that simply require a little bit of time and effort, though they’ll save you unnecessary expenses in the long-run.

For more on this story…keep reading here.

Sadie Alexander: The First Black American to Earn a PH.D. In Economics